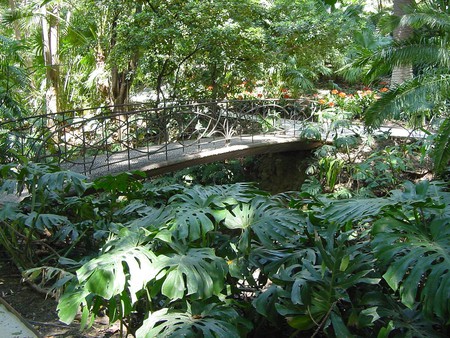 Jardin Botanico was the vision of a wealthy young English couple in the 1850s. The 23 hectare gardens and tropical forest are now home to flowers and trees from 5 continents. It is a magical spot and a wonderful way to spend a morning or afternoon away from the hot, busy streets of Malaga in the spring or summer.

As a newly-wed English couple honeymooning in Europe at the start of the 1850s, Amalia Heredia Livermore and Jorge Loring weren’t short of cash. Livermore was the daughter of a wealthy industrialist and Loring was a prolific investor and entrepreneur who went on to build the Malaga-Cordoba railway a decade later. Their substantial means enabled them to travel all over Europe, visiting its most fashionable and attractive cities and staying with similarly monied friends at the continent’s top estates.

It was supposedly during this lavish honeymoon that Livermore and Loring, inspired by the gardens and parks they encountered, had the idea to bring together, in a single space, a collection of exotic plants and flowers from all over the world. Their purchase of an extensive estate just outside Malaga in 1855 provided the perfect location for the patch of paradise they had in mind. 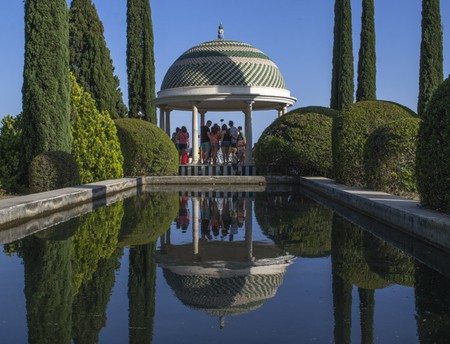 Realisation of their idea was made possible both by the warm Malaga climate – without which many of the garden´s 3000 species would perish – and the efforts of a French gardener, Jacinto Chamoussent, who oversaw the transportation and installation of the many exotic plants and trees Livermore and Loring wanted brought to Malaga. The gardens remained private property until 1990, when they were brought by Malaga City Council, and were opened to the public in 1994.

The Council has done a superb job of maintaining the gardens and preserving the delicate species Livermore and Loring originally populated the gardens with; other than that, their work has consisted of leaving things well alone. Wandering around the tropically-borded pathways and the stately mansion that the couple built as a holiday home, its not hard to imagine the louche, elegant parties (attended by all the leading figures in Malaga society) for which the couple became famous. 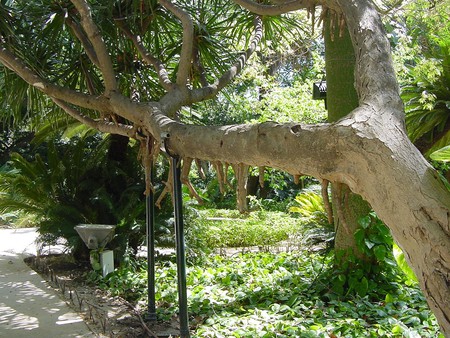 Malag´s botanical gardens are home to over 300 species from 5 continents; Olga Berrios, flickr

The gardens house fauna, flowers and trees from 5 continents over 49 hectares of tropical forest and 23 hectares of botanical gardens. Particularly notable is the garden’s collection of palm trees, some of which are over one hundred years old. One of the most senior members of this collection is a Chilean palm tree, which was brought to Spain in 1843 and which towers over one end of a pretty nineteenth century bridge. It’s nicknamed the ‘Wine Palm’ as its sweet sap can be fermented to produce an alcoholic drink.

Other star features of this nineteenth century garden are a 400 year-old olive tree, a stunning viewpoint from which Malaga cathedral can be seen (constructed by a couple from Bilbao who bought the gardens from Livermore and Loring in 1911) and an enormous wisteria dating from 1857. The combined effect is exactly what the founding couple were striving for – a tropical wonderland just outside, what is now, one of Europe’s most exciting cities.