A Brief History Of The World Famous Spanish Tapas

If there is one aspect of Spanish cuisine that is best known around the world, it is the custom of eating tapas. Today, this culinary tradition is replicated in bars and restaurants across the globe, ranging from the traditional to the avant-garde. Read on to discover everything you need to know about this iconic eating culture, including the myths surrounding its origin and its status in modern Spain.

There are many myths and misconceptions surrounding the iconic tapas, and many disagree on what is and what is not considered a tapa, today. The truth is that in Spain the customs surrounding the eating of tapas vary greatly between regions, and you would have a very different experience eating tapas in Barcelona than you would in Granada. However, one thing that most people can agree on is that tapas usually refers to a small portion of food. In fact, size is one of the principle ways to define if something is, or is not a tapa. 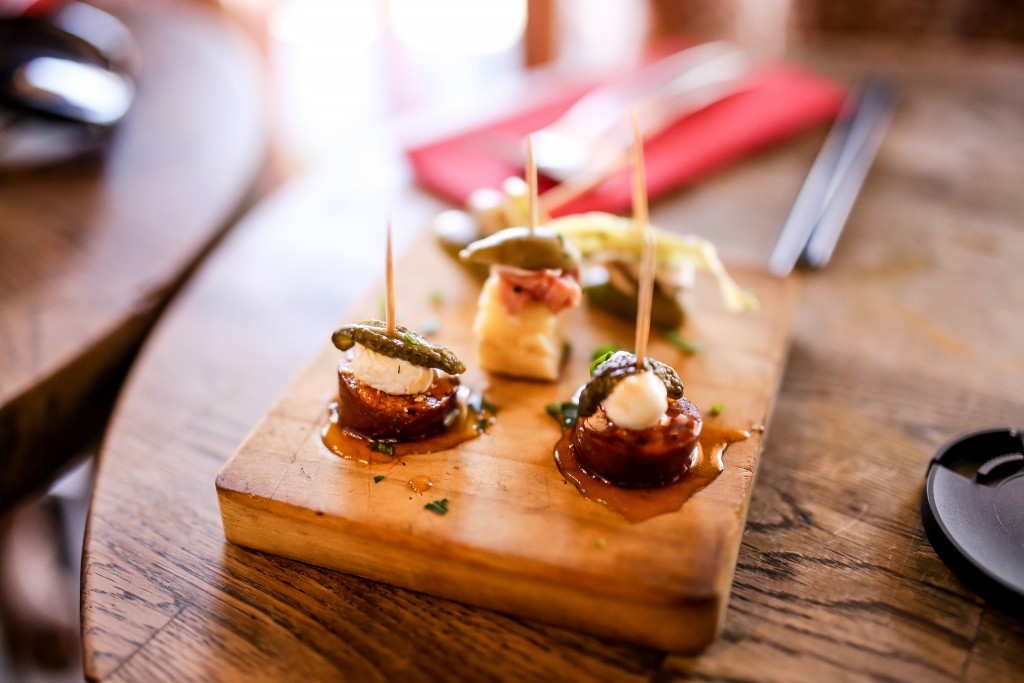 In many places in Spain, tapas were traditionally considered a small snack or appetiser that people would eat in bars before their dinner, or lunch on the weekends. As many people in Spain eat at a later time than in other European countries (around 9 or 10pm), this left plenty of time to enjoy a light snack before the meal. However, today it’s very popular for Spanish diners to consume an entire meal of tapas, which they refer to as tapear. If they are planning on visiting more than one tapas bar during the evening this is sometimes referred to as ir de tapas.

In some places in Spain, most famously in Granada, Almería, or Jaén, tapas are served for free in bars when customers order a drink. The theory is that by serving salty snacks the owners are likely to encourage the customers to drink more to quench the thirst provoked by the food. This custom of complimentary tapas is not universal across Spain and in regions where it is not the case, tapas can be ordered from a menu (and paid for) like any other dish. In some cases it is also possible to order a larger portion of the same dish, in this case referred to as a ración, which is usually more economical for larger groups. 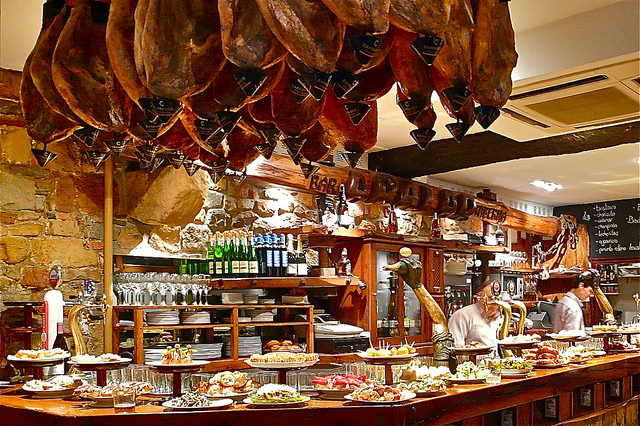 What are the different kinds of tapas?

The most common types of food that are eaten as a tapa are cured meats like jamón Iberico or chorizo, olives, cheese and other easy-to-prepare items which require little or no cooking. Also common, are certain cooked dishes such as fried potatoes with spicy sauce, known as patatas bravas, Spanish omelet known as tortilla de patatas, meatballs in tomato sauce, or fried calamari. In practice, any dish can be served as a tapa, and today even the world of Spanish haute-cuisine has adopted this national culinary treasure. The world-famous Spanish chef Ferran Adrià is best known for the (now closed) 3-Michelin-starred restaurant elBulli, where he introduced his own variations of tapas served as starters. Today, many modern Spanish bars and restaurants offer their own take on the traditional tapas, including non-Spanish ingredients, modern cooking techniques like jellification, foams, and mousses, or even serving sweet dessert-style tapas.

As mentioned before, regional differences exist in the type of tapas served around the country. For example, in the Basque Country the local tapas are know as pintxos, which are a kind of tapa served on a slice of bread and held together with a tooth pick. Certain types of tapa have their own name, such as the montadito (a cousin to the sandwich with only one slice of bread on which the topping is placed) or banderillas (a skewer of pickled olive, chilli, onion and gherkin). 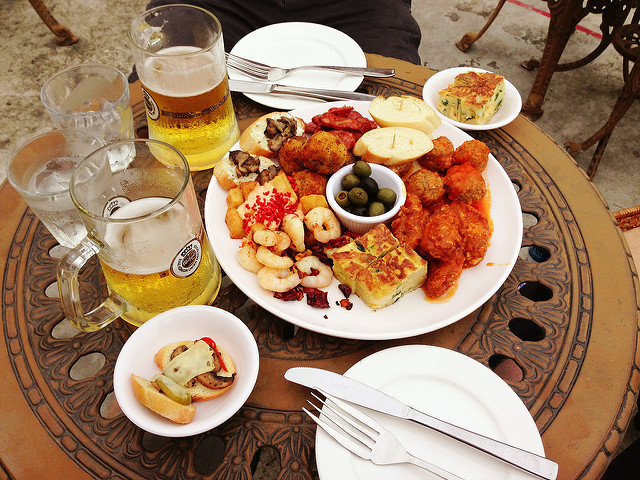 A selection of tapas | © Karl Baron/Flickr

The origins of the Tapa

There are numerous accounts of how the custom of eating tapas emerged, many involving Medieval Kings and other historic figures. And as always, the different regions of Spain all individually claim to be the birthplace of the iconic Spanish tradition. Perhaps one of the first clues to deciphering the mystery is in the origin of the word itself: the word tapa comes from the verb taper, meaning ‘to cover,’ and in Spanish a tapa is also the word for a lid. According to one of the most popular accounts of the emergence of the tapa, barkeepers started to cover their customers’ drinks with a slice of bread and small piece of cheese and ham as a way of preventing dust and flies from entering the patron’s glass. Hence the ‘tapa‘ really did act as a lid protecting the drink.

According to another popular account, the custom was started by King Alfonso X The Wise who, when recovering from an illness for which he was prescribed large quantities of wine, ate small portions of food alongside his drink to diminish the effects of the alcohol. After his recovery, he insisted that every household in the kingdom should serve a small portion of food alongside the drink to prevent public drunkenness.

Whatever the origins of tapas are, it is hard to imagine that the inventors could have guessed the popularity the custom would enjoy the world-round in centuries to come. Today, tapas style restaurants are growing in popularity across the world and continue to be one of the most-loved culinary customs.