A Brief History of the Gypsy Community of Seville 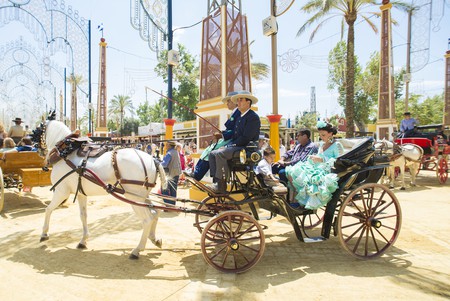 Sitting prettily on the western bank of Seville’s green Guadalquivir river, Triana is known as the Andalusian capital’s Gypsy quarter. And up until the late 1970s, this was true: the barrio’s scruffily charming yellow-white-and-blue houses, housed a thriving Gypsy population of potters, sailors, flamenco artists and bullfighters.

Large families lived on top of one another in dwellings called corrales – traditional Gypsy houses featuring living spaces and bedrooms off an open-aired internal courtyard that was the home’s social hub. Gypsy corrales dating from the 19th and early 20th centuries can still be found in Triana, on the central thoroughfare of Calle Pages del Corro – previously Cava de Los Gitanos – and on Calles Alfareria and Castilla. 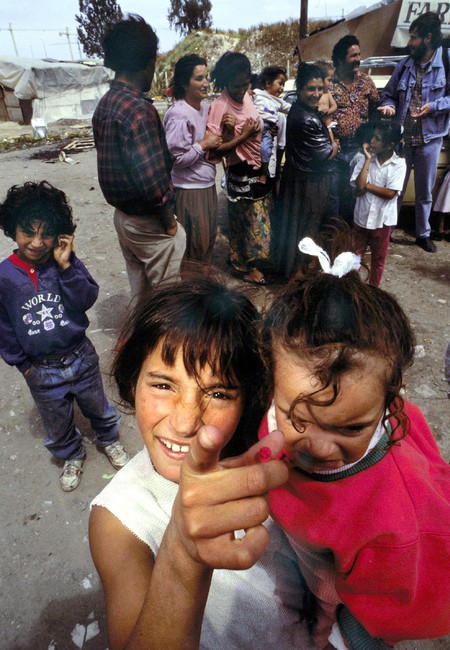 Early twentieth-century Triana features as a wild protagonist in the memoirs of the barrio’s most famous son, matador Juan Belmonte. A bronze statue of Belmonte at the Triana end of Puente Isabel II – known locally as Triana Bridge – remembers the local bullfighter, who is said to have performed closer to the bull than anyone before him had dared. Belmonte’s Triana was a neighbourhood of chaotic, colourful fruit and veg markets (one of which was run by his father) frequented by forbidding Gypsy women constantly haggling; of enormous, penniless families (such as the aspiring matador’s) crammed into tiny corrales; of starving boys playing football on the streets and smoking listlessly on the (recently-sanitised) Alameda de Hercules, dreaming of becoming great bullfighters or flamenco artists. 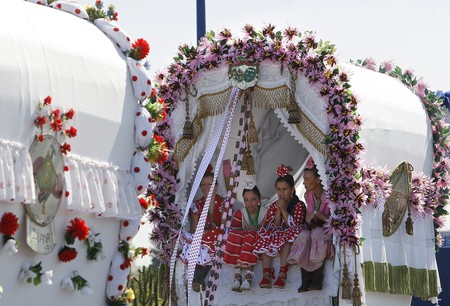 This was the Triana that Laurie Lee, the English poet and Hispanophile, found when he arrived in Seville some half a century later. He saw “a girl of five dancing solemnly under an old wall [and] a boy fighting a dog with goat horns tied to its head”. The deeply-traditional Gypsy Triana of bulls and flamenco – also represented by ubiquitous and somewhat depressing depictions of weeping Virgin Marys – is the one that lives in the popular imagination. Indeed, it is still clearly visible on a visit to this beautiful, charming quarter of the Andalusian capital, especially on Calle Pages del Corro – but it is no longer where the city’s Gypsy community lives.

Payos – as non-gypsy Spaniards are known – are not particularly fond of the Spanish Gypsies, who are often the butt of cruel jokes in Spain. Partly to remove Seville´s Gypsy population from the elegant and increasingly-touristy and payo-inhabited Triana, the local council decided, in the late 1960s, to build a new housing estate on the southern edges of town. Completed in 1977 and unfussily named Las Tres Mil Viviendas, (or The Three Thousand Homes), this now-notorious sink estate of cheaply built tower blocks was to be the new Triana for Seville’s Gypsy population. Today, it is still their home. 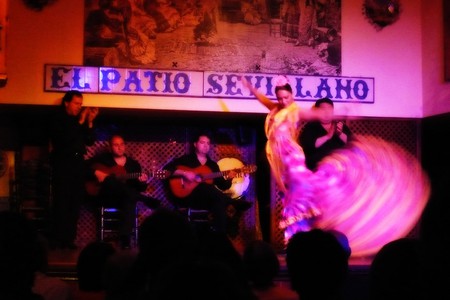 Many of the pictures of Las Tres Mil compound the image that this rundown barrio now suffers from: grim-faced police stand guard around cordoned off areas, most probably sites of the drug-related crimes that make this neighbourhood a no-go for most Sevillanos and visitors. Yet to focus on this side of Las Tres Mil is to miss a more positive point – namely, that the Gypsy population relocated there in 1977 have continued to develop the traditions with which they are most famously associated.

Las Tres Mil is said to be an incomparable place to catch the rawest, most passionate flamenco in Spain – a neighbourhood that lives and breathes the art, as Triana once did. It has produced some remarkable artists. From its rubbish-strewn streets came Farruquito, the flamenco dancer who made a critically-acclaimed return to the world stage (in New York) last year after over a decade in the shadows. Amador brothers Raimundo and Rafael, both guitarists and singers, formed Pata Negra, one of Spain’s most popular groups. They effortlessly fused blues with flamenco to create a sound all of their own and their Blues de la Frontea album is a must-listen for music-lovers of all kinds. One of the arts with which Seville’s Gypsies are indelibly associated, it seems, is still thriving in Triana’s unlovely replacement.