A Brief History of the Camino de Santiago Pilgrimage Route 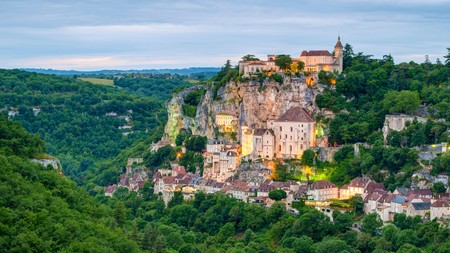 If you start your Camino de Santiago journey in France, you’ll have the chance to walk to Rocamadour | © Jason Langley / Alamy Stock Photo

The Camino de Santiago, also known as the Way of St James, is a network of ancient pilgrimage routes that leads to Santiago de Compostela. Traditionally, the Camino would start from wherever you lived, although nowadays, many consider the official route to begin in the town of Saint-Jean-Pied-de-Port, just across the French border. Known as the Camino Francés or French Way, the main route stretches more than 790km (490mi) across northern Spain. Read on for more about the origins and history of the Camino de Santiago.

When did people first start walking the Camino?

The Camino de Santiago has been a pilgrimage route for more than 1,000 years, and there’s even evidence that there was a route here in pre-Christian times. This earlier Roman trade route – which earned the nickname of Milky Way as it seemed to point in the same direction as the galaxy – led to what people believed was the end of the Earth.

Why did it become a pilgrimage route?

According to Christianity, one of the original 12 apostles – Santiago, aka Saint James – helped spread the religion throughout the Iberian Peninsula. One theory states that when he died, his disciples put his body in a boat, which landed on the coast of Spain, just west of where Santiago de Compostela stands today. The other maintains that his body was found by a Galician farmer near the town of Padrón centuries later. Either way, it’s said that King Alfonso II ordered the relics to be buried in a specially built chapel, which would later become the Santiago de Compostela Cathedral, attracting pilgrims from across Europe.

The Camino grew in popularity in the Middle Ages, with more than 250,000 pilgrims visiting every year, and it became one of the three most popular Christian pilgrimages – the other two being to Jerusalem and Rome. 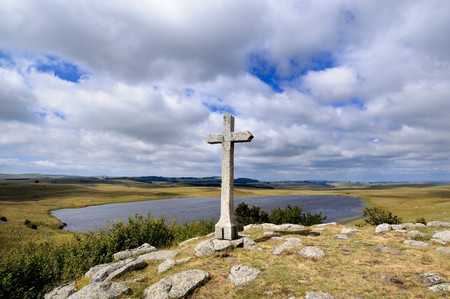 The Camino de Santiago comprises many routes and sights, including this cross at the Lac de Saint-Andéol in France | © JAUBERT French Collection / Alamy Stock Photo

How was the route created?

There are many theories as to how the route came to be. The leading belief is that it was by word of mouth, with pilgrims giving each other tips about the path, including which towns or villages to stop at, where to find water and the safest way to cross the mountains. Over the centuries, the route across the countryside became clearer with each passing pilgrim.

The modern Camino was created in the 1980s by Father Elías Valiña Sampedro, the priest of the Galician village of O Cebreiro, who marked the ancient route with yellow arrows so that pilgrims could easily find the way.

Why is the scallop shell a symbol of the Camino?

It is believed that the scallop shell became a symbol of the Camino because many pilgrims would actually walk beyond Santiago de Compostela to the coast (where the body of Saint James was said to have arrived by boat). Many pilgrims would pick up a shell on the beach as a token of proof that they had completed the journey. Today, most pilgrims tie a scallop shell to their bags to show that they are walking the Camino. 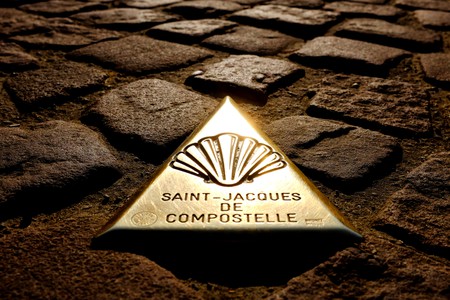 The Camino is becoming increasingly popular in modern times, thanks to a variety of factors. In addition to marking the route, Father Elias Valiña Sampedro also promoted it throughout Europe to the effect that it was declared a Unesco World Heritage site in 1993. In 2010, The Way, a movie about the Camino starring Martin Sheen, was released.

In 2019, more than 350,000 pilgrims walked the Camino de Santiago, with many following the traditional French Way. Other popular routes taken include the Northern Way (along the north coast of Spain), the Portuguese Way (from Lisbon), the English Way (from Ferrol in Galicia), the Camino Primitivo (from Oviedo in Asturias) and the Vía de la Plata (from Seville in Andalucia).