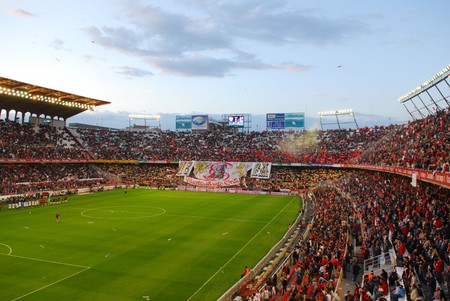 Dating from the late 1950s, the Ramón Sánchez Pinzjuán Stadium in Seville is home to Andalusia’s most successful football club. Read on for a brief history of this prestigious sporting venue.

Sevilla FC was founded by British expatriates (mainly Scots) and Spaniards in the first month of 1890, as they enjoyed a boozy celebration of Burns Night in the Andalusian capital. That fateful party made the pages of the Dundee Courier a couple of months later, where it was reported that Seville Football Club had been conceived by a group of British and Spanish men as they enjoyed “limited consumption” of beer (you sense a wry sense of humour at play there). These Burns Night revellers had just formed the first sports club in Spain dedicated to football.

For its first 50 years, Sevilla FC had no fixed home and played at various venues in and around the Andalusian capital. When the Estadio de Nervión opened in 1928, the club played most of its matches there, but within a few years the 20,000-capacity stadium was proving insufficient for Sevilla’s growing fame and success. The club’s then president, Ramón Sánchez Pizjuán, cast about for a suitable location for a larger stadium and in 1937 bought a patch of land close to Nervión; but it was to be another twenty years before work began on Sevilla FC’s new home. 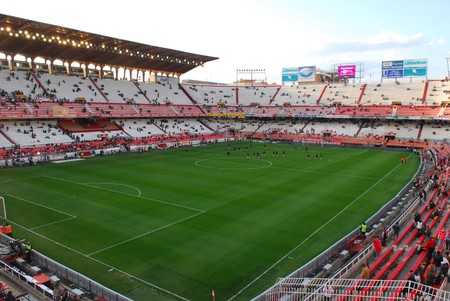 In 1954 the project lurched back into life and a competition was held to select an architect for the stadium. The winner (you wonder if he had any real competition) was Manuel Muñoz Monasterio, fresh from creating Real Madrid‘s magnificent Santiago Bernabéu Stadium, which opened in 1947. In late 1956, just weeks before construction was due to begin, president Pizjuán – under whose leadership Sevilla FC had won three Copas del Rey – died unexpectedly, and the decision was made to name the new stadium in his memory. His successor, Ramon de Carranza, is said to have made the following pledge at Pizjuán’s funeral: “We will start working, and your dream that Sevilla FC has a grand stadium will become a reality”. 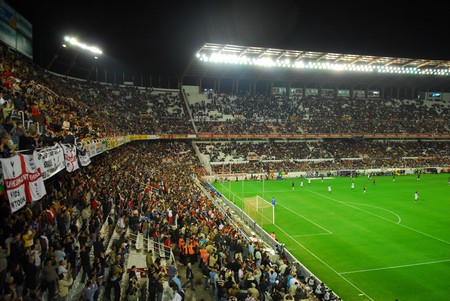 Seville's football stadium has a capacity of just under 48,000 | © inkiboo / WikiCommons

Since that historic match, the Ramón Sánchez Pizjuán Stadium has been the setting for many prestigious fixtures. It was one of the venues for the 1982 Word Cup, before which a refurbishment reduced its capacity from about 70,000 to 66,000 (by shrinking the amount of standing space). It hosted a group match as well as the semi-final between France and West Germany (final score: 3-3, with West Germany advancing on penalties). A further reduction in capacity was made in 1986, when the stadium was used for the European Cup Final between Barcelona and Romanian team FC Steaua (the latter eventually triumphed after a penalty shootout). The current capacity of 42,714 is the result of alterations made in the 1990s, when updated FIFA rules required all standing areas to be converted into seating.

The club that calls the stadium home is the most successful in Andalusia, having played in La Liga for all but seven seasons since entering Spain’s premier league in 1934. The Spanish national team have also enjoyed remarkable success in this intimate venue: since 1961, they’ve played 26 matches here, winning 21 of them and drawing the other five. Pizjuán would be proud. 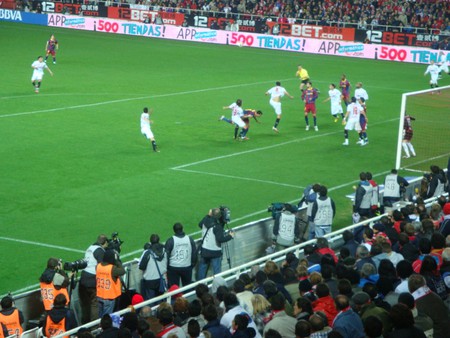