Madrid is home to some of the world’s most well-known football teams, and the stadiums where they play have become just as famous. Read on to discover the brief history of Madrid’s football stadiums.

Dominating the Paseo de la Castellana to the north of Madrid, close to the city’s business district, the Santiago Bernabéu has been the home of Real Madrid since 1947 when it opened as the New Chamartín Stadium. 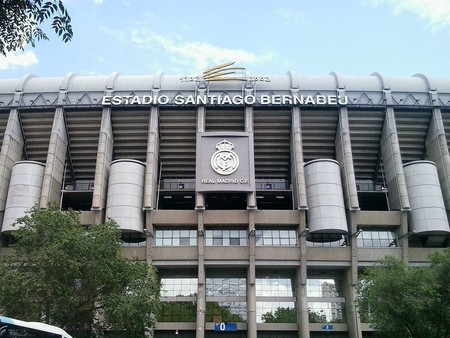 It adopted the name Santiago Bernabéu in 1955 after the club’s then-president.

It is one of the world’s most famous football stadiums, attracting fans from around the world to watch matches and to take the Real Madrid Tour, which takes visitors behind the scenes to the trophy room, changing rooms, VIP box and the dugout.

As well as watching football, you can visit the stadium’s four restaurants; the laid-back Real Café, and the more upmarket El Asador, Puerta 57 and Zen Market – all with views over the pitch.

The Vicente Calderón, located in the Arganzuela district of Madrid on the banks of the city’s Manzanares River, opened in 1966 and – somewhat controversially – closed in 2017 when Atlético Madrid moved to the newly refurbished Wanda Metropolitano. 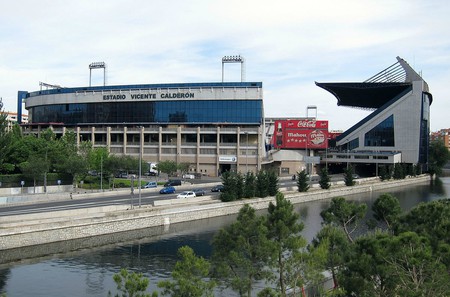 It was originally called the Manzanares Stadium and was located in the heart of working-class Madrid, where many of the team’s supporters lived.

Despite its increasing state of disrepair, many fans were unhappy with the move from the Calderón, which had the unique feature of a ring road passing straight under one of its stands. Campaigns were launched calling for a halt on moving plans led by groups Save the Calderón and the Atlético Supporters Club.

The stadium will soon be demolished to make way for a new park, the Atlético de Madrid Park.

Atlético Madrid’s swanky new stadium opened its doors in September 2017, when Atlético Madrid played its first game there, a La Liga match against Malaga FC. Spain’s King Felipe, a notable Atlético fan, was in the crowd.

The Wanda Metropolitano started life as a local stadium, known as the Madrid Community Stadium and the Madrid Olympic Stadium – during Madrid’s bid for the 2016 summer Olympics.

In 2013, it was announced that Atlético Madrid would build a new stadium on the site, located much further out of the centre of Madrid than the Vicente Calderón, to the north-east of the city, close to the airport.

The new stadium has 67,703 seats and a new roof that covers the entire crowd.

While Madrid’s two big teams often take all the limelight, the city is, in fact, home to a third; the second-division Rayo Vallecano is based in the southern district of Vallecas and plays at the Campo de Fútbol de Vallecas stadium. 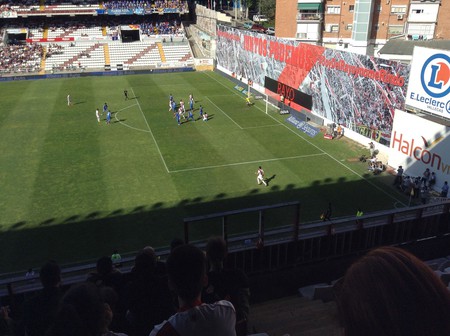 The stadium, which opened in 1976, holds just over 14,500 fans, and over the years has also doubled up as a concert venue; British rock band Queen played one of their final ever concerts there with Freddie Mercury in 1986.

It’s not only home to football either – Madrid’s Chess Federation is based in the stadium’s basement.