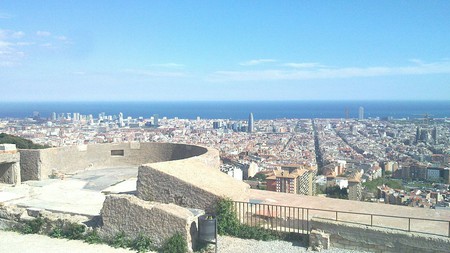 High above the city of Barcelona, on top of the Turó de la Rovira hill in the district of El Carmel, sits the Bunkers del Carmel – a number of old underground military bunkers that offer the best view of the city.

During the Spanish Civil War

Built during the Spanish Civil War in 1937, the bunkers were used as part of an anti-craft battery to defend against attacks from the fascists and housed a number of guns.

During the Franco Regime

When Franco came to power and the Civil War was over, the guns were retired, but the bunkers remained. Due to problems that were rising among the social classes and extreme poverty, which was experienced by many people in the city under the Franco regime, locals saw the bunkers as forms of housing and shelter.

As the years went on – during the 40s and 50s – the bunkers became somewhat of a shanty town, known as the Cannons neighborhood, and toward the end of the 50s, it provided shelter for seven percent of Barcelona’s population. During the 60s, there were over 3,000 people living in the area. 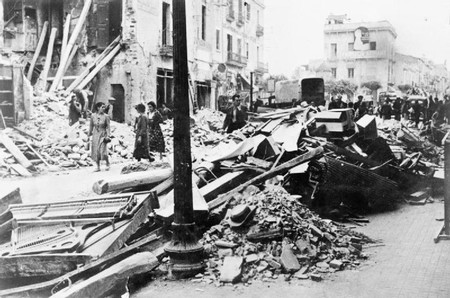 The Cannons neighborhood and many of its residents remained all the way up until the 1990s when Barcelona was awarded the 1992 Olympic Games. In an attempt to ‘clean up the city’ before the Games, the Barcelona City Council decided to rehouse all the residents living in the bunkers, placing them in flats within the city, thus, abandoning the area and the village completely. 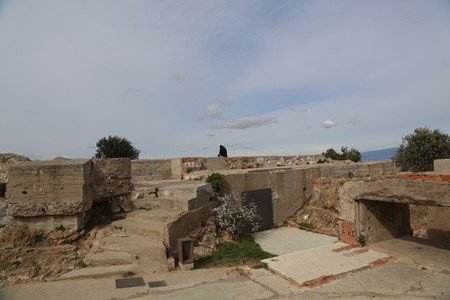 The Turó de la Rovira hill and the Bunkers del Carmel were virtually forgotten (save for the few locals who came up to admire the views) for most of the 1990s and 2000s. In 2011, however, a new patrimonial space was inaugurated in the district – a project between the Carmelite Agency and the Museu D’Historia De Barcelona MUHBA. The project excavated the bunkers, partially restored them, and improved accessibility.

The MUHBA also installed a small museum inside one of the bunkers, detailing their role during the Spanish Civil War and as housing for the local population. 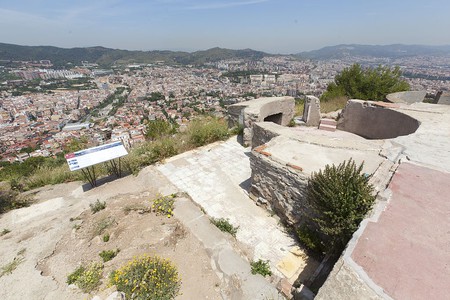 Today, the bunkers are said to be one of Barcelona’s best-kept secrets, although they are becoming an increasingly popular spot to visit. Besides their fascinating history, the best reason to visit the bunkers is that they offer the most incredible panoramic views of the city, enabling you to see all the major landmarks and monuments at once. Except for the pathways and underground museum, the bunkers still look largely abandoned with old slabs of concrete and half steps providing seating.

At dusk, locals and tourists alike gather at the bunkers to watch the sun set over the city while playing music, enjoying picnics, taking pictures, and simply taking in the jaw-dropping view. 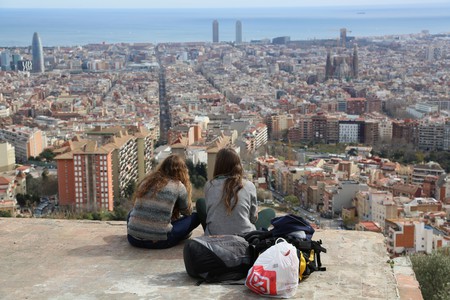 To reach the bunkers, get out at Guinardó Hospital de Sant Pau metro stop and walk up through the Parc del Guinardó until you reach the top. Alternatively, you can walk up the hill from either El Carmel metro or El Coll La Teixonera metro. You can also take bus number 24 from Passeig de Gracia and walk from Carrer de Mühlberg or number V17, which will drop you at the entrance to the Parc del Guinardó.