9 Things You Need to Know About Corpus Christi in Spain 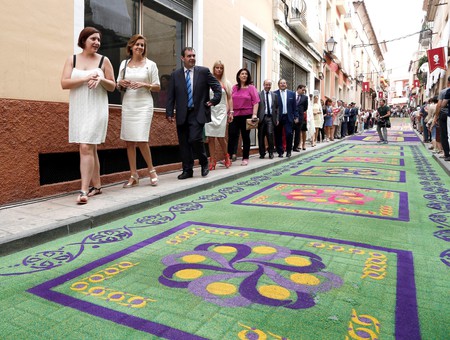 Corpus Christi is an important event in the Spanish calendar, celebrating the ‘Body of Christ’. Go anywhere in Spain though and you’ll see it is celebrated in an entirely different way. Here are 9 things you need to know about Corpus Christi in Spain.

It occurs nine weeks after Easter

Corpus Christi changes each year depending on when Easter falls. It is celebrated eight to nine weeks after Easter on the Thursday following Holy Trinity Sunday. This year it falls on May 31st.

Like many festivals in Spain, the origins of Corpus Christi are religious. It is celebrated by the Roman Catholics, the Church of England and some other Anglican churches. Essentially it celebrates the Eucharist and the presence of the body of Christ in holy water. 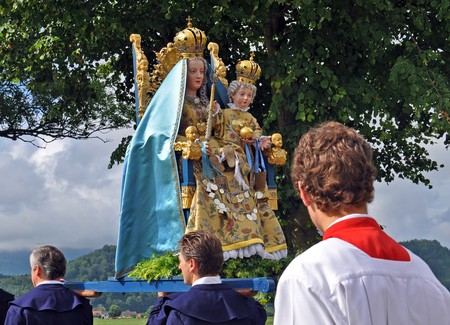 It means ‘Body of Christ’

Corpus Christi translates as ‘Body of Christ’ from Latin.

You don’t have to be religious to enjoy the festivities

You don’t have to attend mass or follow the religious processions in order to enjoy the festivities. There’s everything from grand fairs to flower installations to processions featuring dragons and other mythical beasts. 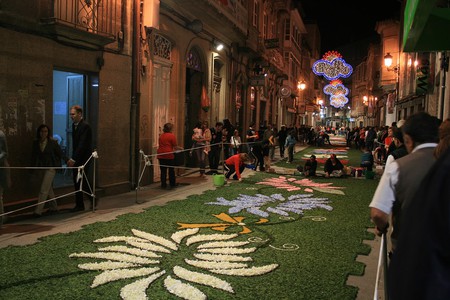 The festival is celebrated differently in cities all over Spain

Wherever you go in Spain, you’ll find that Corpus Christi is celebrated very differently. In Valencia it is celebrated with big processions where people dress up in medieval costumes and horses pull big floats through the streets, while in the small town of Castrillo de Murcia for example it is celebrated with people dressed as devils jumping over babies to protect them from evil spirits. Check out this article to discover the best places to celebrate Corpus Christi in Spain.

Many places celebrate it with the use of plants and flowers

Much of the time, the decorative use of flowers or plants is used as part of the celebrations. For example, in the Catalan town of Sitges, carpets are laid down the streets made entirely from different coloured petals and cut grass. In the village of Bejar in Castilla y León, the festival is celebrated with a procession of men covered in moss, while in Zahara de la Sierra in Cádiz, the whole town is covered in plants to a create a giant maze. 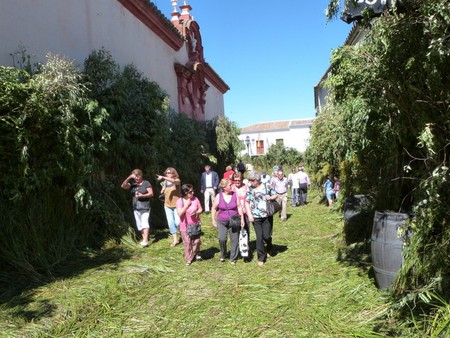 If you’re visiting Andalusia, you’ll want to make your way to Granada for the Corpus Christi. Here, they celebrate with two processions: La Tarasca, which involves a large dragon ridden by a mannequin, as well other mythical beasts, and another, more religious event. The Corpus Christi event here also runs in conjunction with the Feria Mayor involving lots of flamenco, horses and fairground rides.

Barcelona has one of the most unique Corpus Christi celebrations: the Ou Com Balla Festival (‘See how the egg dances festival’). Here, various courtyards across the city are decorated with plants and flowers and an egg is placed in the central fountain. The egg then seems to dance in the water and spins around as it is pushed up into the air. 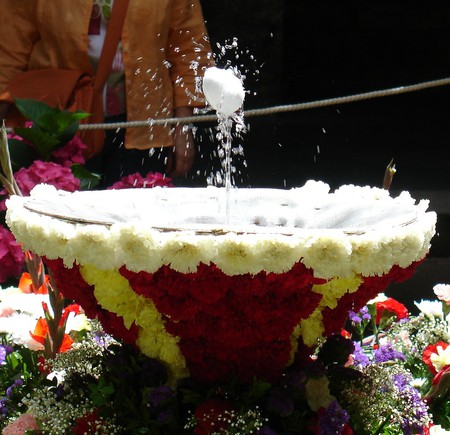 Like in Sitges, some places in Tenerife and the town of Elche de la Sierra in Albacete, create elaborate carpets on the streets. But instead of using petals, these are made from different coloured sawdust, creating more delicate and intricate patterns. 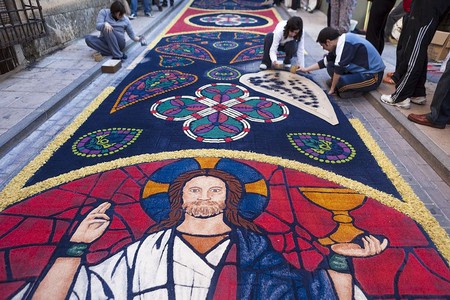