9 Reasons Why You Should Support Atlético Madrid Over Real Madrid 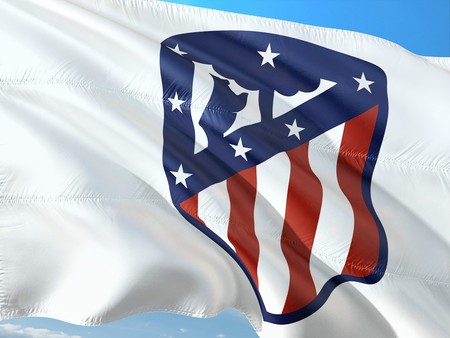 It’s an age-old rivalry that has strong supporters on each side, but one of Madrid’s two main football teams just has the edge for us. Discover why we think you should pledge your allegiance to Atlético Madrid over its more famous rival, Real Madrid.

Much as any self-respecting Mancunian supports Manchester City, leaving Man United to be supported by everyone else around the globe, Altético are, for many, Madrid’s home team. They even have Madrid’s symbol, the bear and the strawberry tree, on their badge.

They Have an Impressive New Stadium

Atlético used to play their home games at the legendary Vicente Calderón stadium, but in 2017 they moved to the new Wanda Metropoitano, a controversial change that took the team from their home base near the River Manzanares to the outskirts of Madrid.

On the plus side, the new stadium has upped capacity from the Caldarón’s 54,960 to 68,000, and is a sign of Altético’s growing importance as one of Spain’s best teams.

They Are the Team of the Working Classes

Real Madrid have always been viewed as the establishment club and the rivalry between them and Atlético is about much more than football; it’s about the social structure of Spain and the country’s age-old class system. While Real Madrid’s Santiago Bernabéu stadium is located among the skyscrapers in the business area of the wealthy northern suburbs of Madrid, Altético has always been located in the south of the city, in the working class Arganzuela neighbourhood.

Their Kits Are Based on Mattresses

The similarity of Atlético’s red and white shirts to the pattern on traditional Spanish mattresses earned them the nickname los colchoneros – the mattress makers. It is said, possibly apocryphally, that in the early days, the club, struggling for money, got the cast-offs from the local mattress factory and made them into football shirts.

No matter how well Atlético are doing, they will always be the underdog compared to Real Madrid. Atlético suffered a 14-year streak of losing to their rivals in the 1998–2012/13 season. They finally ended over a decade of bad luck when they beat Real Madrid in May 2013, a momentous day for Atlético fans. Atlético Madrid played their final Champion’s League match at the Vincente Calderón stadium on May 10, 2017. In a cruel twist of fate, they beat Real Madrid 2–1 but lost 2–4 on aggregate – the fourth time the team would be knocked out of the Champion’s League by Real Madrid.

But They Are Successful

Atléti is Spain’s third-most successful team and is just behind Real Madrid and Barcelona when it comes to the number of UEFA titles won. The team has won La Liga 10 times and is always good to watch, if only for the fact that, unlike Real Madrid, its results are never easy to predict. Watching a Real Madrid match is often a David versus Goliath affair, with Goliath stamping all over David. Atlético matches, however, are dramatic and unpredictable.

Their Fans Are the Most Passionate

If you were lucky enough to attend any match in the old Vicente Calderón stadium, you would have witnessed the roar of Atlético fans, renowned for their cheering, a guttural expression of their passion and love for their team. Atlético fans are loyal; they don’t support the team because they win, they go through the highs and the lows, riding the rollercoaster of success from being relegated to winning the UEFA cup. This loyalty was highlighted in 2000 when season-ticket subscriptions rose after Atléti were relegated. 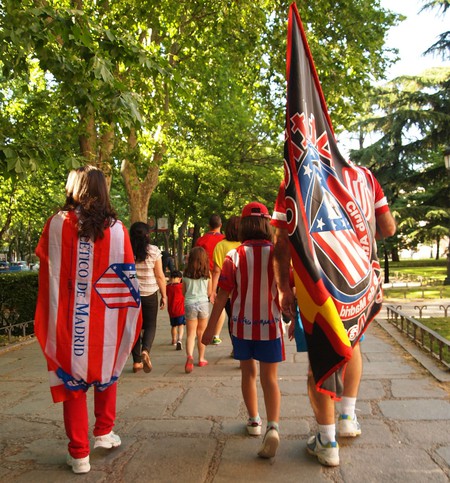 The King Is a Supporter

Despite Real Madrid having the word Real – or Royal – in their name, and traditionally being the team of the establishment, rumour has it that Spain’s trendy young king is a diehard Atlético fan, even sharing his passion with his daughter, Princess Leonor, by taking her to matches. He became the team’s honorary president in 2003.

Real Madrid are the Madrid team with all the money, power and star talent, encapsulated in their most famous player, Cristiano Ronaldo. Many football fans loathe Ronaldo for his dedication to his looks, his on-pitch dramatics and his arrogance, something that is, in general, not shared with the players over at Atlético Madrid. And while Real Madrid rely on bought-in players, Atlético are known for nurturing their youth ranks and preparing them for their time in the spotlight.