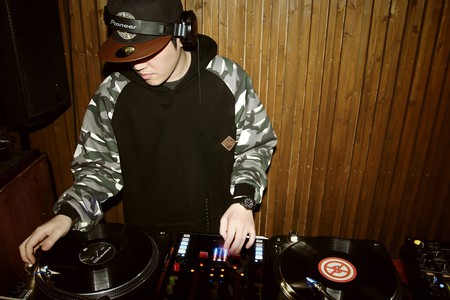 The Spanish rap scene has seen some incredible talent emerge in the past few years. Here are 8 of the best up-and-coming Spanish rappers to keep an eye on.

If there’s one name that really stands out on the Spanish rap scene right now, it’s Yung Beef. Hailing from the southern town of Granada, he first made a name for himself as a member of PXXR GVNG (now known as Los Santos) after a stint in Marseille and London where he moved on the underground rap and hip-hop scene. He has since moved to Barcelona to further his career, and has even secured a modelling deal with Calvin Klein.

Another member of the aforementioned PXXR GVNG, Khaled met Yung Beef when the two were teenagers in Granada. The two started out in a band called Kefta Boyz. Khaled’s voice is distinctively gritty and his songs depict life as a poor kid growing up in southern Spain. Born in Spain with Moroccan roots, he’s rumoured to drink only Jaegermeister – which he claims is the drink of the poor – mixed with tonic water.

Nicknamed El Chino (‘The Chinese’), Dellafuente is a relative mystery: little is known about his background, apart from the fact that he, too, grew up in Granada. The music of Andalusia has clearly had an influence on his songs, in which flamenco guitars frequently feature alongside synthesised beats.

Nicknamed the ‘Trap Queen’, Chanel is one of the leading female artists on the Spanish rap and hip-hop scene today. Born in Jerez in the province of Andalusia, she later moved to the Balearic Islands before being taken under the wing of rap artist Dos Anjos, who helped her record her first tracks. Her lyrics often speak about wanting money, being an independent woman and following her own path in life.

Alba Farelo, aka Bad Gyal, only started releasing her tracks on YouTube back in 2016, but has since gathered well over a million viewers. This 20-year-old from the outskirts of Barcelona is a rising star of the Spanish trap scene, and one of its few female artists. One of the most remarkable features of Bad Gyal’s lyrics is that she sings in her native Catalan language. Check out her track Pai sung over the beat of Rhianna’s famous Work.

A founding member of the Damed Squad, Mishii has recently released some of his own material, which has been well received on YouTube and Soundcloud. His music is clearly influenced by American rap artists and he mostly sings in English, so his lyrics aren’t always as well understood at home. He sings less about drugs, money and women than some rappers, and more about everyday life.

Formerly known as Pucho and Crema, C Tangana was born and raised in Madrid, where he studied philosophy. His style is much softer than some of the other rappers featured here, and he’s more likely to be singing about love, romance and heartbreak than about thug life. So far staying away from the trap scene, his music tends to be more melodic and veers towards pop and R&B on occasion.

Based in the coastal town of Valencia, Hoke is a member of Sydney 00′ alongside his fellow rapper M Crwford. His music is a far cry from the harshness of some of the Spanish trap music out there today, and his lyrics speak of his own experiencse growing up with nothing and trying to make something of himself.