8 Spanish High Street Brands That Should Be in Everyone's Wardrobe 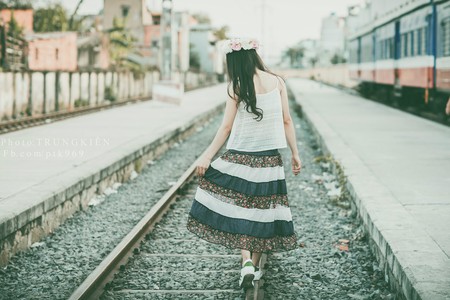 Spanish clothing brands have been taking over the high street in countries all around the world. From heavy hitters such as Zara, to newer names that are getting the fashion pack excited, including Bimba and Lola, we take you through the brands that should be in your wardrobe right now.

The king of Spanish brands, Zara is the jewel in the crown of Spanish clothing giant Inditex, which owns fellow Spanish brands Pull&Bear, Stradivarius and Bershka, to name but a few. Zara sells women’s, men’s and children’s clothes, as well as its popular homewares offshoot, Zara Home. The fashion is a mixture of the latest styles right off the catwalk, and classic designs and cuts ideal for the office or lazing about at the weekend.

City lights | Pre-fall #aw17. Embrace the lights of the city

Zara’s main competitor in Spain, Mango, is consistently giving the behemoth a run for its money, especially when it comes to stylish womenswear and go-to classics. The brand has used British models Kate Moss and Cara Delevigne for its ad campaigns, and is a great place to find affordable leather pieces, from a classic biker jacket to a pair of sophisticated leather boots.

Another Inditex brand, Stradivarius offers a cool take on each season’s styles, aimed at a slightly younger demographic than Zara and Mango. It has a fun take on fashion, with colourful jeans, printed scarves and classic belted trenches some of its classic staples.

It's the weekend. We're going places. 👒 #Stradilooks Pic by @nandaaagiap

This popular Spanish womenswear brand, founded by sisters Uxia and Maria Dominguez, is all about loud patterns, bright colours and playful pieces. Founded in 2005, the sisters named the brand after their pet dogs, and the same humorous undertones run throughout the clothing line. Far from just a novelty brand, however, Bimba y Lola has become a firm favourite in fashion circles, enjoying glowing write-ups in the likes of Vogue magazine.

The distinctive patchwork and asymmetrical designs of this Barcelona brand give it a fun, vibrant and eye-catching aesthetic. It sells women’s, men’s and children’s clothing, as well as accessories and women’s shoes. It has also dipped its toes into high-end waters, collaborating with French designer Christian Lacroix in 2011. The same year, the store hit the headlines for its provocative ad campaign ‘come in undressed and go out dressed’, which prompted customers in Madrid to queue up in their underwear so they could be clothed for free.

Another Inditex group member, Pull&Bear brings an urban edge to the latest styles, mixing grungy looks with classic, comfy staples. It sells women’s and men’s clothing, shoes and accessories with a much more laid-back feel than other brands in the same group.

Get the coolest T-shirts for girls (Ready for aliens, ref 9233321) and boys (Popeye, ref 9233522) at #pullandbear stores & online at pullandbear.com #pullandbearcommunity #usa

This Spanish designer took over his father’s tailor shop in Ourense, northern Spain, in the 1970s and began adding his own designs, before eventually launching his own brand in Madrid. His minimalist, classic designs for women, and now also for men, were so popular that the brand grew into a chain, with stores around the world. This is a great option for classic dresses, shirts and workwear, as well as sophisticated evening options.

This Inditex-owned high-street store specialises in women’s underwear and nightwear, as well as swimwear and beach accessories. It also has a line in super-stylish gym gear that will make pumping iron feel (almost) like a pleasure, while its pyjamas bring a cosy, stylish feel to bedtime. The brand is well represented globally, with stores in 40 countries.

Tropical prints for summer 🌴 Find your bikini our swimsuit at Oysho.com and in our stores! #ss17 #newin #Oysho #summertime #summervibes #beachwear