The Best Spots For Jaw-Dropping Views Of Barcelona

Barcelona has a great number of places which provide stunning lookouts over the city. Behold Barcelona from some select vantage points that include mountains, national museums, rooftop terraces, and choose from enjoying a drink at the rooftop bar or indulging with a home-made picnic. Discover these amazing places for yourself and don’t forget to bring your camera.

The old harbor, Port Vell, was completely renovated during the urban renewal program prior to the 1992 Barcelona Olympics. Its attractive looks would not make you think that before this, it was a run-down area of empty warehouses, abandoned factories, and rail road yards. Some of the historical buildings were beautifully restored, like one of the most important in this area, the old customs building. The old harbor can be accessed by foot from metro station ‘Drassanes’ or bus station ‘Port Vell’. 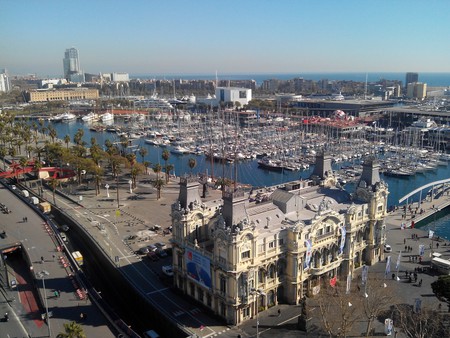 The national art museum of Catalonia is located just up the hills of Montjuïc. From its front steps you can enjoy a stunning view over Barcelona. Later at night, Font Màgica, the biggest ornament fountain of the city, turns into a colorful display of moving water jets, illuminated shifting shades and synchronized light and music. The museum can be accessed by foot from the metro station ‘Plaça Espanya’. 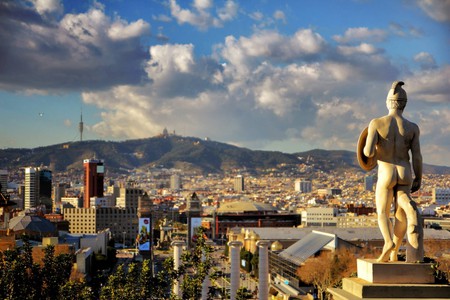 What used to be a strategic site for the defense of Barcelona during the Spanish Civil War is now a natural viewing point that boasts 360º views of the city. Del Turó de la Rovira at the Bunkers del Carmel is a popular spot for locals to have a picnic with their friends. Bring your own drinks to this inviting view point and you’ll find that you will meet locals and other travellers. You can hike up to the bunkers after taking metro L4 to station ‘Alfons X’.

Locals nicknamed the highest point of the Collserola Ridge ‘the magic mountain’. The view from this place is indeed magical, showing all of Barcelona’s monumental landmarks. There is also the Tibidabo Amusement Park, a century-old park that opened in 1901. Discover its attractions and enjoy a rollercoaster ride in Muntanya Russa with panoramic views of Barcelona. Tibidabo can be reached by taking the touristic bus T2A from Plaça Catalunya. 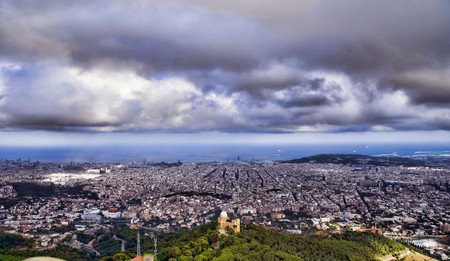 Get a taste of Catalan history in the authentic neighborhood, Raval, which is a part of the city that is full of lively bars and cafés. One of its spectacular locations is the rooftop deck of the Barceló Raval Hotel located in the center of Raval. It has a stunning 360º view of the city and they serve delicious Cava cocktails to accompany the sights. Even if you are not a guest, the patio is open to the general public. Take the elevator to the 11th floor. Barceló Raval can be reached by foot from metro station ‘Liceu’. 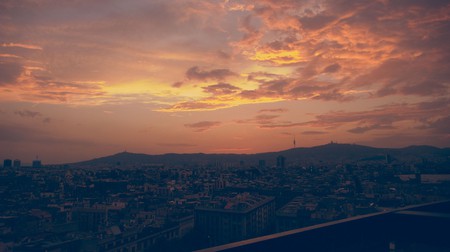 The higher you get, the farther you can see. There are few hotels in Barcelona that can offer a terrace, restaurant or even a spa on one of the higher floors. From the spa on the 43rd floor of Hotel Arts Barcelona you can enjoy the most enchanting view. Discover the spa’s wide range of beauty treatments, luxuriate in wellness, and watch out over Barcelona’s entire seaside. Hotel Arts can be reached by metro L4, station ‘Ciutadella | Vila Olímpica’ or bus stop ‘Marina-Pl. dels Voluntaris’. 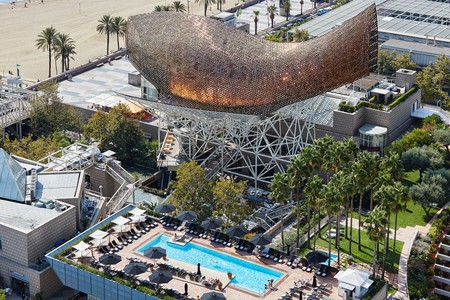 If you are not afraid of heights, you should try this captivating mobile view of Barcelona. During a ten minute ride, the cable car takes you from Barcelona’s beach side to the top of Montjuïc. It’s not just a great method to view the city, but also a convenient means of transportation. The cable car can be reached by foot from metro station Barceloneta. 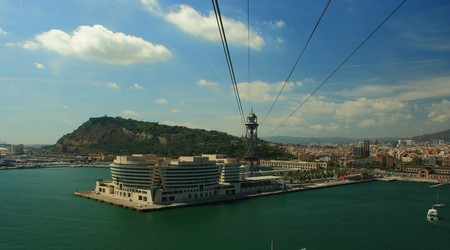 bcn13 | © dmytrok/Flickr
Give us feedback