Interesting Things You Didn't Know About The Iberian Lynx

Ever heard of Spain‘s very own wild cat? The Iberian lynx is one of the most endangered species on the Iberian peninsula, with numbers decreasing rapidly over the past decade, leading the EU to fund a special program to help secure the species’ future. Here are all the important facts you need to know about this rare creature.

The Iberian lynx is the world’s second most endangered species.

Its population in the wild has declined by over 80% in the past 20 years.

In the 1960s, there were believed to be around 3,000 Iberian lynxes living in the wild; however, by the year 2000 there were reported to be less than 400. However, ongoing conservation efforts have had some success, with the population of Iberian Lynxes in the region of Andalusia reportedly tripling from less than 100 in 2002, to nearly 300 in 2013. 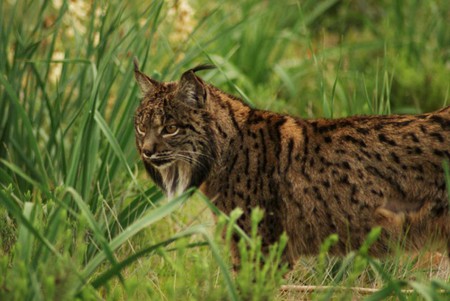 The Iberian lynx’s main source of food is rabbit.

And this is one of the main reasons its numbers are in decline. The animal is a rabbit specialist, with the small furry animal making up nearly 80% of the lynx’s diet. But in the past century two diseases have wiped out large numbers of rabbits in the wild, including myxomatosis disease, which was purposefully introduced in France to control the rabbit population. Given the lynx’s low adaptability when it comes to diet, this is one of the main factors for the animal’s decline.

It used to be considered a sub-species of the European lynx before being recognized as its own distinct species.

There were formerly only three recognized species of lynx: the European lynx, the Eurasian lynx, and the Bobcat. However, scientists in the late 19th century established that although the European and Iberian lynx had occurred together in Europe during the Pleistocene era, the Iberian lynx is in fact a distinct species. 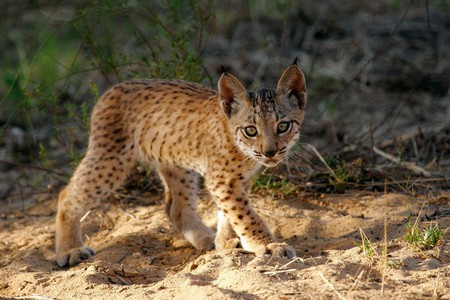 It is believed that if the Iberian lynx were to become extinct, it would be the first feline species to die out since the prehistoric era.

A conservation group in Portugal named SOS lynx claims that not since the Smilodon, a.k.a. the saber-toothed tiger, died out some 10,000 years ago has another feline species undergone the same fate. While others claim that other felines have become extinct more recently, such as the Barbary lion or Caspian tiger, one thing is certain: if the Iberian lynx disappears, it will be a sad day for the whole feline family.

The Iberian lynx has only legally been protected from hunting since the 1970s.

However, it continues to suffer at the hand of illegal poachers and hunters. In recent history, the animal was considered both a prize catch for hunters, who would sell the skins, as well as vermin that caused a threat to farmers and as such was regularly hunted. Although today hunting the animal is illegal, there have been reports of illegal poaching as well as accidental deaths caused by traps laid for rabbits and other animals. 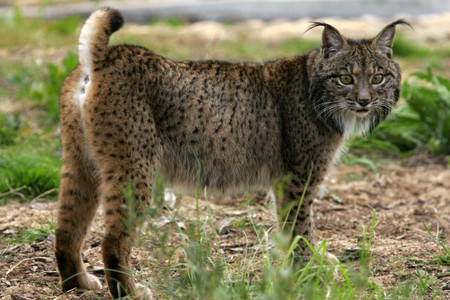 It was reclassified from ‘Critically Endangered’ to ‘Endangered’ in 2015.

The reclassification followed the success of conservation efforts and reintroductions into the wild. While at the turn of the millennium the animal seemed doomed to fate, the ongoing efforts to preserve the species have seen numbers boosted above the 250 benchmark which marks the passage from critically endangered to endangered. Some good news for the Iberian Lynx, even though the animal’s future remains uncertain given the ongoing changes to its natural habitat and the genetic deficiencies which occur with inbreeding as a result of low numbers.