The Best Spanish Designer Brands You Should Know 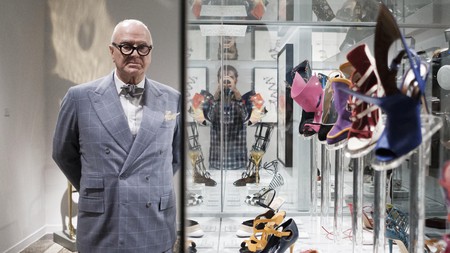 In the world of fashion, Spain is perhaps best known for high-street hits such as Zara, Pull&Bear and Mango. There’s much more to the fashion scene here, though – be it the Manolo Blahnik stilettos of Sex and the City fame, everyday staples by Massimo Dutti or Loewe’s signature Amazona handbags. So, why not revamp your wardrobe with designs from these top Spanish designer brands?

It might have an Italian name, but Massimo Dutti is a Spanish clothing manufacturer whose stylish wardrobe basics are now sold around the world. Founded by Armando Lasauca in 1985, the Barcelona-based company launched as a men’s fashion label and expanded into women’s and kids’ wear a decade later. Massimo Dutti is now part of the giant Inditex group and has more than 790 stores in 75 countries. The company also has accessories and fragrance lines. 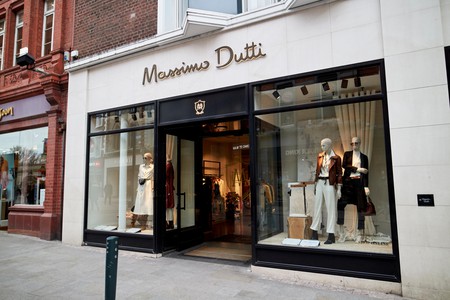 Massimo Dutti may sound Italian, but it was founded in Barcelona | © Radharc Images / Alamy Stock Photo

The Castañer family has been producing its iconic wedge and sandal espadrilles since 1927. The shoes, handmade from natural jute and cotton, found fame after Yves Saint Laurent commissioned a pair at a 1970s trade fair. They quickly became a Nordic summer favourite and are now sold all over the world. Loved for their natural, Mediterranean style, the Castañer espadrilles of today come in all colours, with various strap options, with or without heels and in open- and closed-toe designs.

Named after the founders’ dogs, Bimba y Lola, this family-run fashion house has carved a name for itself on the international fashion stage since the first store opened in Bilbao in 2006. Today, there are stores across Europe, the Middle East, South America and Asia. The brand ethos is young, and the subtle but playful patterns at affordable prices are proving popular with the fashion-conscious twenty-somethings of the world.

Owned by the high-street king Inditex, which also owns Zara, Pull&Bear and Massimo Dutti, Uterqüe (ooh-ter-kway) has been named by some as “Zara’s little sister”, owing to the brand’s range of stylish wardrobe staples and easy-to-wear modern designs. While the company has 90-plus outlets worldwide, it has proven to be an internet sensation, with the fashion-savvy hitting the online store for affordable pieces.

Loewe, whose origins date to a 19th-century leather artisans’ cooperative in Madrid, is one of the premier luxury fashion brands in Spain. Fast-forward 175 years or so, and Loewe is a global fashion name, with more than 140 stores worldwide and numerous high-profile collaborations, including with Karl Lagerfeld and Giorgio Armani. Once the “Official Supplier to the Royal House” in Spain, the LVMH Group-owned brand expanded into prêt-à-porter in the 1960s and received global attention in the 1970s with the release of the iconic Amazona handbag.

This iconic Spanish label is the brainchild of designer and author Adolfo Dominguez, who had his hands in the fashion world from early on; he took on his father’s boutique before becoming the first Spanish designer to launch an eponymous label in the 1980s. The brand is famed for the slogan “Wrinkles are Beautiful” and for working with wrinkled fabrics. You’ll discover Dominguez’s classic designs on the Spanish high streets and in select boutiques across the world’s fashion capitals.

This youthful designer jewellery brand is the creation of Patricia Nicolás, who launched her eponymous label in 2006 after finishing her studies at Central Saint Martins in London. Her parents introduced her to the world of fashion and design at a young age; they run the jewellery brand Nicols. Meanwhile, her bold and playful pieces, a nod to pop culture, are affordable thanks largely to her collaboration with high-street giant Topshop (now part of Asos).

If you’re familiar with the character of Carrie Bradshaw from Sex and the City, you’ll know Manolo Blahnik. This high-end shoe designer has been producing his footwear since the 1970s and counts Bianca Jagger, Beyoncé and Madonna among his fans; Madonna once described his shoes as “better than sex”. He is famous for reviving the stiletto heel, which features heavily in his designs; he despises wedges. Blahnik, now in his late 70s, still designs each model himself and has more than 25,000 shoes on display in his home in Bath. 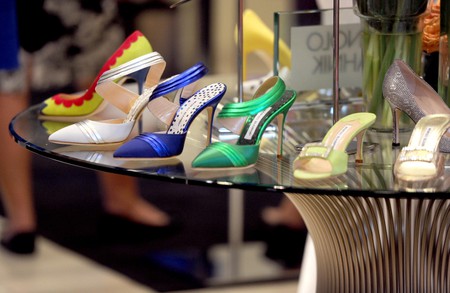