This year Madrid will be hosting the LGBTQ World Pride from June 23 – July 2, 2017. Read on to find out why you can’t miss this epic celebration.

Madrid is a truly LGBTQ-friendly place to be

If you’re wondering why Madrid was chosen to host such an incredible event, it’s because their yearly World Pride celebration is already one of the biggest and best in the world. In fact, Spain’s legislation on LGBTQ rights is one of the most advanced across the globe, with the country one of the first to allow same-sex marriages. There’s a dedicated gay neighborhood – Chueca – and the whole city is welcoming to LGBTQ tourism year-round. 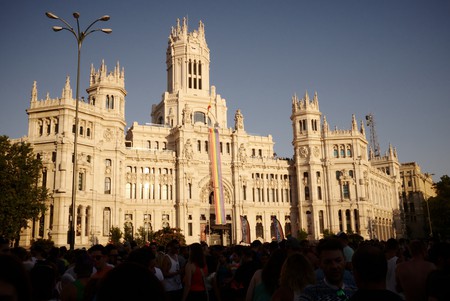 Three million people typically turn out for Madrid’s World Pride festivities, and this year eight million are expected. If you plan to go, it’s best to book lodgings and airfare as soon as possible to ensure you’ll have a place to stay at a reasonable price.

Besides the celebratory parade planned for July 1, there’s a Human Rights Conference happening from June 26 – 28, as well as Pride Village being set up, which is a marketplace of LGBTQ vendors, associations, and media where you can shop, chat and connect with others. There’s also an International Festival of Culture and plenty of outdoor concerts happening during the week. We can’t forget to mention everyone’s favorite event: the high heels race!

Everyone comes out to celebrate

World Pride in Madrid isn’t just for LGBTQ – families, heterosexual couples, groups of friends and pretty much everyone out there celebrates and joins in the fun. It’s a wonderful way for the whole city to celebrate and support LGBTQ rights. 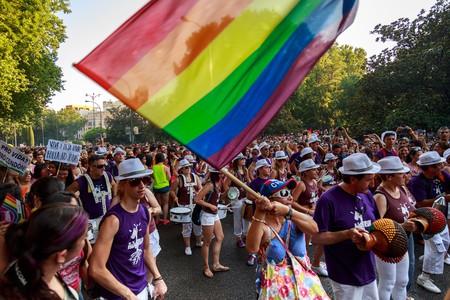 Madrid’s mayor Manuela Carmena is a big supporter of LGBTQ rights and has made appearances at the parade and events in past years, and it’s likely she’ll stop in again this year. It’s nice to know the city’s leaders support these exciting events.

The weather is perfect

July in Madrid is hot and sunny, and although it can be too hot sometimes, it’s great weather to be outside. Rain is highly unlikely, so many events and concerts are held outdoors in plazas in the open air. Sometimes it gets so hot the firemen come out and spray water, and a huge water fight ensues. 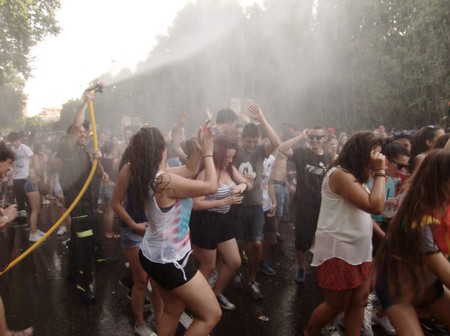 Many cities celebrate for a day or two, but World Pride 2017 in Madrid is 10 days long! That’s quite a long time for the festivities to last, so get out there and enjoy them. Make sure to take part in the parade on July 1, which is typically one of the most exciting and coveted events of the celebration.