The Best Cities You Never Thought To Visit In Spain 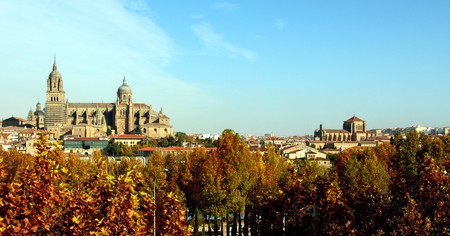 Mention Spain to most people from outside the country and they tend to associate the whole country with just two cities: Barcelona and Madrid. Here are some fantastic Spanish cities you might never even have heard of just waiting to be explored.

A Coruña (or La Coruña) is located at the very tip of the north-western part of Spain, in the region of Galicia. Because of its location and proximity to the ocean, the whole region of Galicia has a very different image of what most people expect from Spain, as its landscape is very green and lush. This is also the reason why some of the most attractive places in A Coruña are its parks and gardens, like the Jardines de San Carlos and the Jardines de Mendez Nuñez. Galicia is also a land of magic and bewitchment; the famous meigas (the local witches) and trasnos (the Galician elves) show the Celtic character still present in their culture and people, and create a special atmosphere of mystery and tale. What makes A Coruña a charming city are also its multiple monuments and special sights, like the Tower of Hercules. This is the only preserved Roman lighthouse and the most ancient still in use. Another impressive monument is the nearby Monte de San Pedro, with its outstanding views of the city. Very near to A Coruña there is the city of Santiago de Compostela, the end of the famous Way of St. James and the home of one of the most impressive cathedrals in Spain. 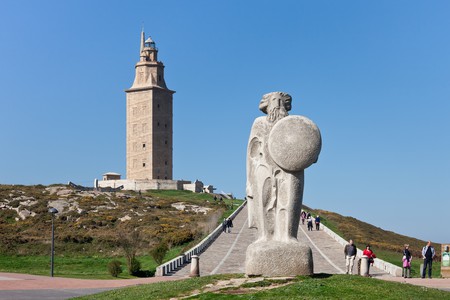 Avila, a medium town in the north-west part of Spain, is the capital of the province with the same name and part of the region of Castilla y León. This city, once part of the Old Castile, has a historical aura, full of monuments and souvenirs. Within this entire panorama, replete of churches, monasteries and palaces, the city’s 11th-century walls are some of the most important sights. They are beautiful and especially well preserved, having survived entirely, and run as long as 2,516 meters. These walls, together with nine different churches located outside them (San Vicente, San Pedro, San Andrés, San Segundo, San José, Santo Tomás, San Martín, Santa María de la Cabeza y San Nicolás) are declared UNESCO World Heritage and are the best example of the monumental character of the city. Furthermore, apart from seeing all these majestic buildings, while visiting Avila it is important not to forget to taste its famous Yemas de Santa Teresa (Yolks of Santa Teresa), a typical dessert from the city. It is made in honor of their patron, Santa Teresa de Avila, and is a reason for pride for the locals. 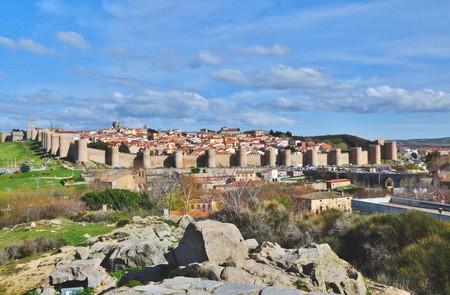 Ceuta is a very special territory, as it is one of the only two Spanish cities (together with Melilla) that is located on the African continent. As it’s almost entirely surrounded by Morocco, except the coast, the city has an intense Arabic flavor. Because of its strategic position in the Strait of Gibraltar, Ceuta has been always a very appreciated territory and there is a strong presence of military buildings and monuments. The most impressive and beautiful among all of them are the Royal Walls (las murallas reales). Also, there are several other sights that deserve attention while being in the city, like the Monte Acho, from where a stunning panorama of the whole city can be appreciated. Another is the Casa de los Dragones, one of the most peculiar and beautiful buildings there. Finally, it is also worth knowing that Ceuta is the perfect destination to plan a trip to the nearby cities of Tétouan and Cefchaouen, in Morocco.

View of Ceuta from the Monte Hacho | ©Víctor Fernández Salinas/Wikicommons

Cuenca is a city located in the region of Castilla la Mancha, the land of Don Quixote and Pedro Almodovar. Some of the films of the Spanish director (especially Volver) try to capture the atmosphere of this land and its people. The city of Cuenca and its surrounding area are also a perfect contrast between history and nature. On the one hand, the historical walled city of Cuenca has been declared UNESCO World Heritage. It contains some stunning monuments like the Cathedral and the ensemble of buildings in the Plaza Mayor. Cuenca is also the home of one of the most peculiar sights in Spain, las Casas Colgadas (the Hanging Houses), an ensemble of buildings standing on top of vertical cliffs. They can be appreciated from the Saint Paul bridge. On the other hand, Cuenca has also very nice landscapes and natural sights. While visiting the city it is recommendable to go to the Natural Park of la Serranía de Cuenca, not too far from the city itself – about 20 km. This is a place with stunning views, untouched nature, and is full of animals. It’s a perfect place to go on an excursion and enjoy the nature in peace. 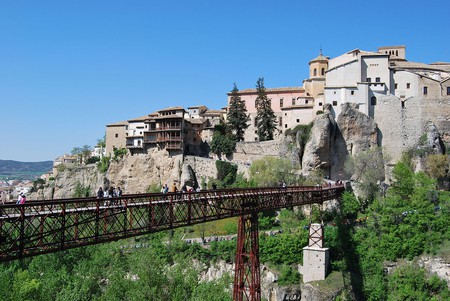 The Balearic Islands are not just Ibiza and its famous parties. The island of Menorca, more relaxing and less dependent on mass tourism than its two ‘sisters’ Ibiza and Majorca, is an interesting option for those looking for a more intimate trip. The beaches of Cala Pregonada (in the north of the island), Cala de Talaier (in the south of Menorca), or Sa Mesquida (in the same Mahón) are some of the most valuable gems of Menorca, and in the whole Balearic Islands. Mahón, the capital of the island, also offers different attractions besides the sun and the sea. The coast is always present in Mahón and one of the most important monuments is the Favaritx lighthouse – a charming old construction in an even more beautiful landscape. Another top sight that everyone needs to see while being in Mahón is the fish market. Also try taste the local fresh seafood while in town. Talking about food, Mahón is the best place to taste the sobrasada menorquina (a cured sausage typical from the Balearic Islands) and the Mahón cheese. 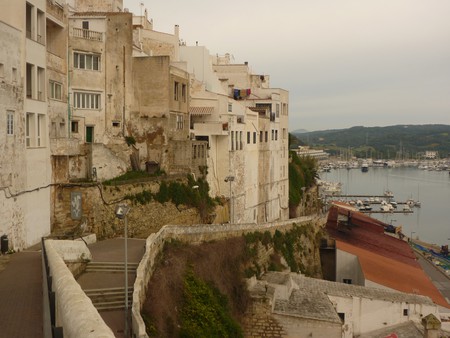 Merida is a city located in the Extremadura region, in western Spain and close to the border of Portugal. Extremadura is well known for the rearing of pigs and consequently for the good quality of its Spanish ham. The city of Merida is the third biggest city in this region and the capital of Extremadura since 1983. During the Roman times, Merida was one of the cities with the highest population in Spain; nowadays this is reflected in the city’s monuments. The most prominent of them is the Roman Theatre, impressive and well-preserved. It was declared in 1993 UNESCO World Heritage and it is also the main stage of the International Festival of Classical Theatre of Merida. Together with it, there are also other important Roman buildings and archeological sites, like the Roman Amphitheatre, the aqueduct from the same period and different temples and civil buildings. Thanks to this great Roman heritage, Merida is also the Home of the National Museum of Roman art, a comprehensive museum where visitors can spend a whole journey discovering all its treasures.

If someone talks about Salamanca one thing is always mentioned – its university. It is the most ancient and one of the most important in Spain, as indicated also by a popular Spanish proverb: ‘If you want to know, go to Salamanca’. The city is also part of Castilla and León, like Avila (both are just about one hour away from each other), and they share the medieval flavor and the monumentality of the old town. To explore, start from Plaza Mayor, the main square in Salamanca, then visit the original Casa de las Conchas (the House of Shells), the Convento de San Esteban, and of course its impressive university. One of the most curious legends about the university is the one regarding its main façade. The building is baroque and full of decorations, so the legend says that if you are able to find the figure of a frog on it, you will pass all your exams and will marry soon. If you are already married, you can make a wish and it will come true. But Salamanca is not just a city with ancient treasures; it’s also the home of the Casa List, an interesting and beautiful museum featuring Art Nouveau and Art Deco. This is a much-recommended visit for those passionate about modern arts and style. 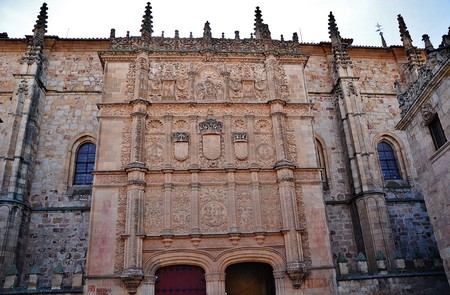 University of Salamanca | ©Maria Rosa Ferre/Wikicommons
Give us feedback