7 Artists From Córdoba You Should Check Out 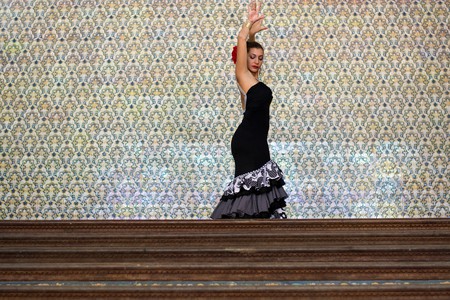 Spain‘s beautiful Andalusian city Córdoba has produced great artists of every kind over the centuries. From a gambling-addicted 16th century poet to some of the finest flamenco performers of modern times, here are seven artists from Córdoba that you need to know about.

The 16th-century rake Juan Rufo could hardly be called Córdoba’s most prolific artist, but he is one of the more colourful characters in the city’s history. Rufo possessed a ruinous passion for gambling, and he had to flee Córdoba on many occasions to escape the debts incurred by his expensive hobby. At various points, the writer lived in Salamanca (where he never got around to finishing his university studies), Madrid, Toledo and Seville and, when not given over to his louche lifestyle, he did find some time to practice his craft. His most notable works are La Austriada (1584), which chronicles the Moorish rebellion of 1569 (and which Miguel de Cervantes apparently rated) and Las Seiscientas Apotegmas (1596), known as The Six Hundred Epigrams in English, which was one of the first works of Spanish of poetry written entirely in short aphorisms.

Considered one of the finest exponents of 20th century Spanish Romanticism, Rucker spent his life in his home town, foregoing a career as a concert musician that could have taken him far beyond Córdoba. When not busy with his duties as Professor of Harmony at the city’s Conservatoire, he perfected a style of composition in which motifs from traditional Andlausian music were enriched with complex harmonies and romantic melodies. The influence of his home city and region is evident from the titles of many of his most esteemed works, including the piano miniatures Serenata Andlauza (‘Andalusian Serenade’) and Seguidilla Cordobesa (‘Cordoban Seguidilla’ – a regional flamenco rhythm) and the symphonic poem Adios a Boabdil (‘Goodbye to Boabdil’), the last Moorish ruler of Granada. 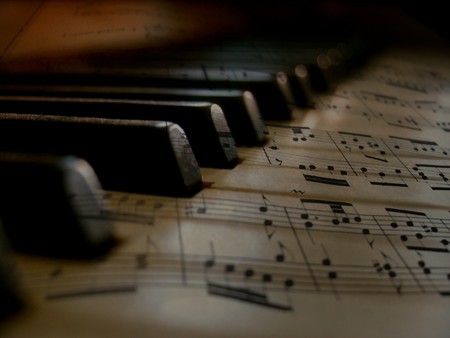 Dancing phenomenon Joaquin Cortes is one of Córdoba’s most famous living artists and, over the course of a high-profile career, has excited audiences all over the world with his flamenco performances. Having demonstrated outstanding ability at an early age, Cortés was accepted by the Spanish National Ballet at the age of 15, with whom he subsequently spent almost a decade touring the world. In 1992 he left to start the Joaquin Cortés Flamenco Ballet Company, which enabled him to work as both choreographer and artistic director as well as a dancer. It was with his own company that Córtes fused classical ballet with gypsy flamenco, the most critically-acclaimed example of this groundbreaking mixture being 1996’s Pasion Gitana (‘Gypsy Passion’) show.

Along with Paco de Lucia (1947-2014), Córdoba-born Paco Peña is one of the greatest flamenco guitarists of modern times and, like Lucia, has taken this most typical of Spanish arts to a global audience. After making his debut as a professional performer at the age of 12, Peña performed all over Spain, forging a reputation as a brilliant soloist and accompanist. He subsequently moved to London and enthralled music-lovers in the capital with flamenco – at the time barely known in the UK – by launching his international performing career with a Wigmore Hall recital in 1967. Despite his worldwide success, though, Peña has never abandoned his home town: he set up the Paco Peña Flamenco Centre as well as founding the city’s prestigious Guitar Festival, which is now in its 37th year. 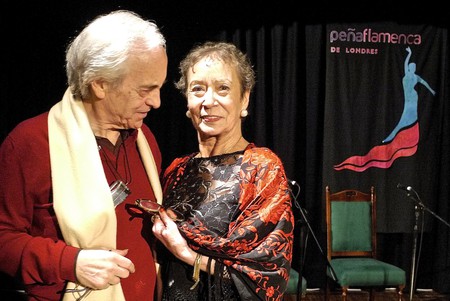 One of Córdoba’s most-loved sons is remembered by a statue in Santa Marina, a neighborhood that has produced as many great bullfighters as the more famous barrio of Triana in Seville. Manolete is said by many aficionados to be one of the finest matadors of all time, and was revered for passing the bull close to his body, not moving an inch as the animal thundered through his cape. In 1917, during a bullfight in Linares, Andalusia, the 30-year old torero got too close or ran out of luck, and was fatally gored in his right thigh, a death for which General Francisco Franco ordered three days of national mourning. The prominence of his statue in Córdoba is a reminder that, controversial as bullfighting may be, great matadors are still an important part of the culture of many Andalusian towns. 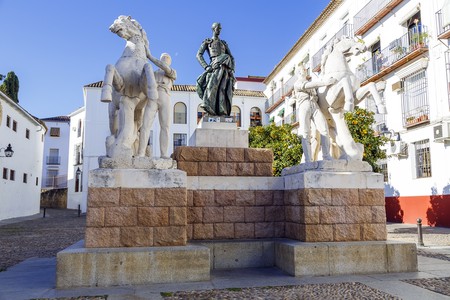 No artist could hope for a better start in life than that enjoyed by Torres: his father was Rafael Romero Barros, who had established himself as one of Spain’s leading realist painters by the time his son was born in 1874. The young Torres was brought up in the cultured environment of Córdoba’s Museum of Fine Arts, of which his father was the founder; he began his studies here at the age of 10, and as an adult split his time between Madrid and his home town. A number of influences – most notably Realism and Modernisn – can be seen in Torres’ work, but he achieved most acclaim for his regionalist paintings, in which he returned time and again to traditional aspects of Andalusian and Cordoban life. Many of his works are still on display in his beloved hometown, in the museum that bears his name.

The Canticle Poets (various, all writing in the mid-20th century)

In 1947, when Spain was less than ten years into Francisco Franco’s culture-crushing, 40-year dictatorship, the first issue of Canticó (‘Canticle’) magazine was quietly published in Córdoba. Founded by a group of poets who wanted to write beyond the boundaries imposed by their dictator, Canticle quickly became mandatory reading for artists of every kind who opposed the Franco regime. Two of its key members were Cordobans: Pablo Garcia Baena – later officially named by the city’s town hall as a “Favorite Son of Córdoba” – and Julio Aumente, one of the most fearless and pioneering writers in Spain during the difficult period that followed its 1936-39 Civil War.