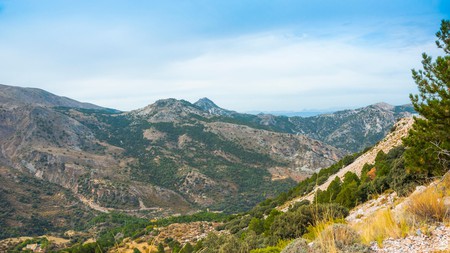 Located just outside the beautiful city of Granada and covering over 850sqkm (328sqmi), the Sierra Nevada is Spain’s largest natural park. Read on for our pick of must-visit attractions in this stunning protected area. 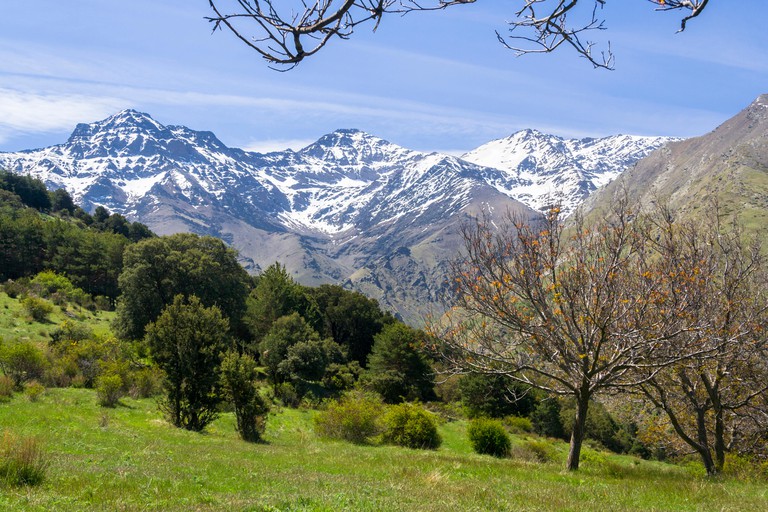 The 3,478m (11,410ft) Mulhacén is the Iberian Peninsula’s highest mountain and is known as the Roof of Spain. It’s located in the middle of the park, surrounded by barren, rocky terrain, and can be summited from Hoya de la Mora, Capileira or Trevélez.

Mount Veleta stands at 3,396m (11,141ft) and is the Sierra Nevada’s second-highest peak and mainland Spain’s third. Its iconic summit can be reached via an undemanding and beautiful two-hour trek from Hoya de la Mora, which takes you past the ski resort’s pristine slopes. 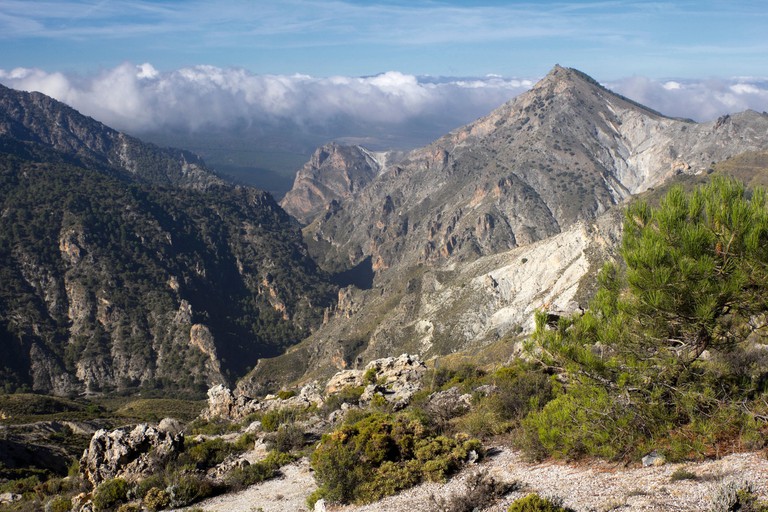 Trevenque is the highest peak in the Cumbres Verdes, rising to an altitude of 2,079m (6,821ft). The trek to its summit features a steep final ascent, where the path all but disappears from sight. Spectacular views from the top, though, make the effort worthwhile.

Near the small town of Dilar, about a 20-minute drive from Granada, is the Sierra Nevada’s Cumbres Verdes region. Its many cycling and trekking tracks are lined with attractive picnic areas, while the Zerbinetta Hotel is one of the best tapas-and-drinks spots.

If you’re exploring the Cumbres Verdes region, make sure you stop in at La Fuente del Hervidero, a rustic restaurant at the beginning of the track that leads to Trevenque’s summit. It has a huge outside terrace – the perfect spot for a post-trek beer and some carb-packed tapas. 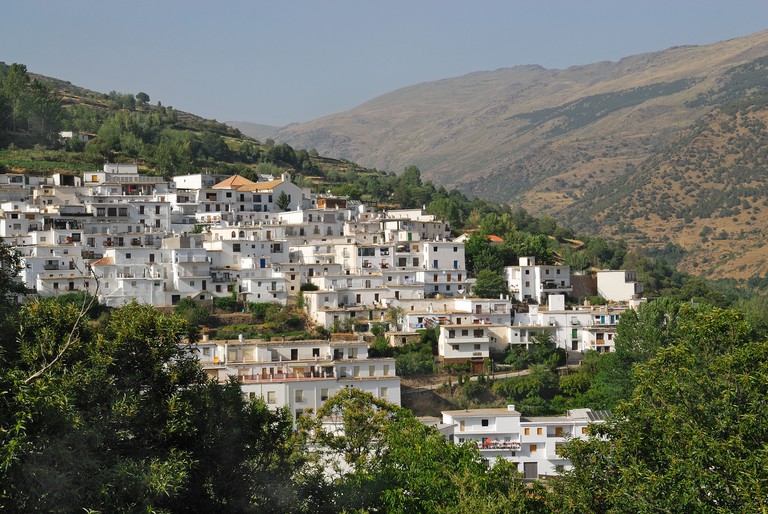 Trevélez is the highest settlement in the Alpujarras region – a spread of gorgeous towns and villages on the park’s southern edge. Because the air this high up at 1,476m (4,843ft) is perfect for curing meats, the town has become famous for the quality of its jamones.

Europe’s highest paved road starts at Hoya de la Mora and zig-zags up the northern slopes of Veleta; it reaches a dead end at 3,380m (11,089ft), just 16m (52ft) shy of the mountain’s summit. Cycling it is a great experience, especially on the way down. 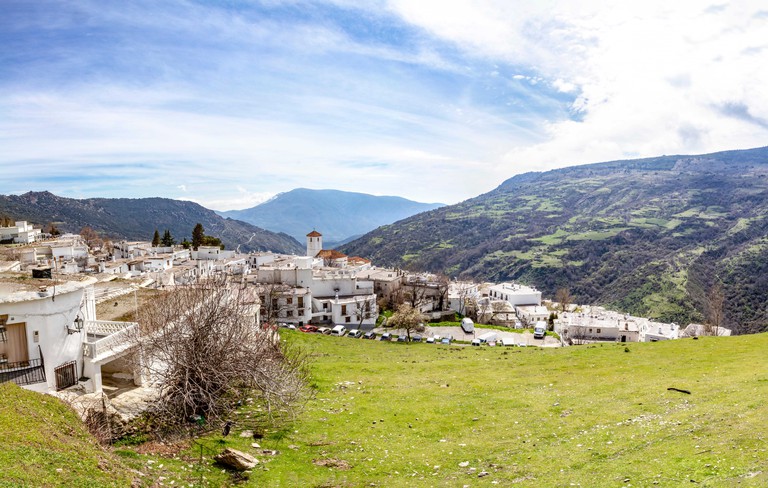 Capileira is one of three Alpujarra settlements in the beautiful Poqueira valley, about a 90-minute drive from Granada. Nestling in the foothills of Mulhacén, this charming village is a good start and finish point if you’re taking on mainland Spain’s highest mountain.

Just down the winding mountain road from Capileira is Pampaneira, another of the Poqueira valley villages. It’s one of the most popular places in the Alpujarras and is packed with souvenir shops selling the region’s jarapa rugs, which make for great souvenirs.

Beautiful Lanjarón is the first of the Alpujarra villages you reach on the mountain road from Granada. The natural springs here have made the town famous for its agua; indeed, water is at the heart of its June feria, which kicks off with a giant water fight in the main square.

Ski slopes less than a two-hour drive from the Mediterranean coast? Well, yes – because the Sierra Nevada is home to Europe’s most southerly ski resort. The 124 pistes are spread out over the northern slopes of Veleta and can be enjoyed from November until May.

The park’s main skiing town is also called Sierra Nevada (or sometimes, to avoid confusion, Pradollano). It’s full of life during the season, with skiers packing the sunny terraces after a morning on the slopes. Restaurante Badia has the best outdoor seating area.

Snowboarders will want to go and play in the Superparque Solayr, which boasts the largest halfpipe in Europe (it’s 6m (20ft) high and 165m (541ft) long). There are also pistes to suit all levels of ability, fitted with pipes and jumps so you can strut your stuff under the sun. 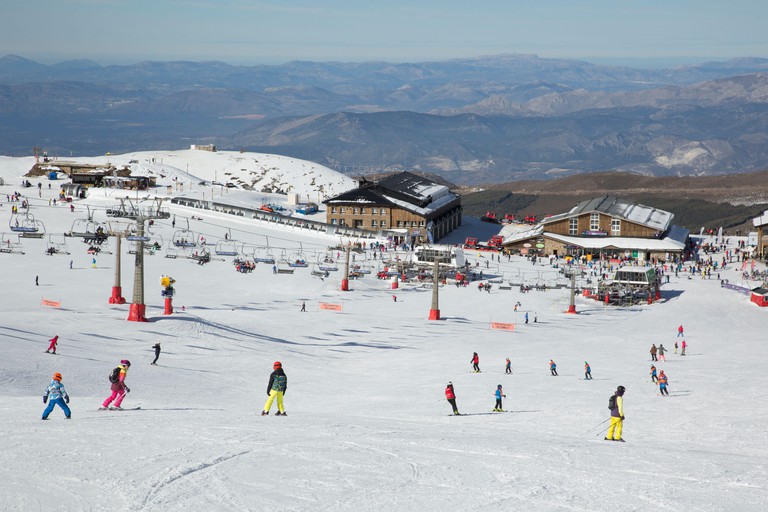 On Thursday and Saturday nights, you can go night skiing on six km of floodlit piste that are open between the Borreguiles and Pradollano resorts. Before setting off, night skiers are given a free cup of soup to enjoy in front of a massive bonfire at Borreguiles. 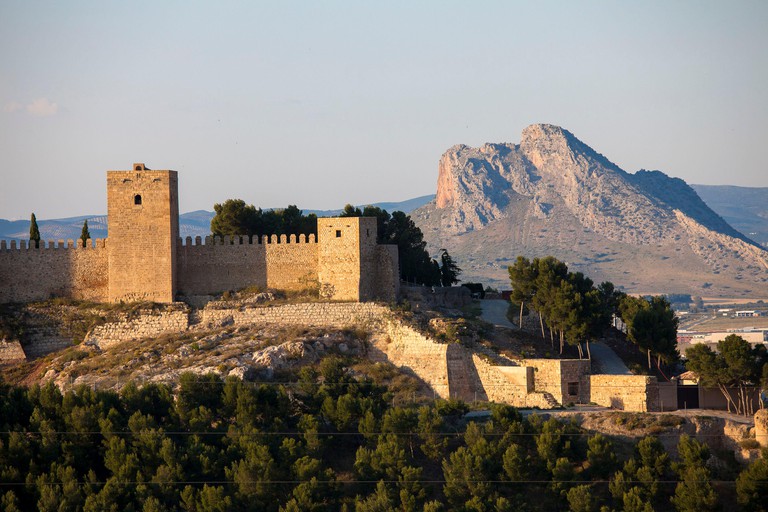 Though smaller than Veleta and Mulhacén, the 3,371m (11,059ft) Mount Alcazaba is the least trekked of the three peaks. It lies to the east of both, in one of the park’s most rugged and isolated areas, requiring at least a 20km (12mi) mission to the summit. The track starts above Capileira.

One of the joys of exploring the Sierra Nevada – whether by car, on foot or by bike – is that wherever you go, there will be breathtaking views to enjoy. The perspectives from the summits of its three highest mountains, especially, are likely to remain with you for a lifetime.

The Sierra Nevada’s altitude makes it an incomparable place to explore the universe. There’s ample opportunity for stargazing if you go night skiing, from the terraces of bars and restaurants in the resort towns and from the Alpujarras villages. On clear nights, other galaxies are visible.

The Sierra Nevada is home to the largest population of endemic plant species in Europe: of the more than 2,000 species that grow here, 70 are found nowhere else on Earth. Particularly beautiful is the Nevada violet, which is easily spotted on the park’s barren, rocky landscapes.

One of the most moving experiences to be enjoyed in the Sierra Nevada is spotting members of the species that call it home. These include the nimble Spanish ibex, wild boar, badgers, and wildcats. Golden and Bonelli’s eagles can also be seen soaring above the wilderness.