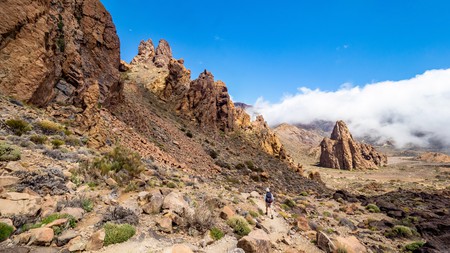 While most visitors to the largest of the Canaries will likely not venture beyond the beach, there’s so much more to the island of Tenerife. From Michelin-starred dining to truly spectacular hiking trails, here are 13 reasons to experience the island at least once in your life.

With an average low of 17°C (62°F) in January and high of 25°C (77°F) in August, Tenerife has an agreeably temperate climate all year round. Known as ‘Isla de la Eterna Primavera‘ (‘Island of Eternal Spring’), it averages over 300 days of sunshine per year, and rain rarely lasts long. The weather can vary wildly between the north and south of the island, however: warm winds from the Sahara keep the south of the island hot and dry, while the lush and green north tends to be cooler and wetter. Ultimately, it’s not much more than an hour’s drive between the two.

One of the most spectacular natural attractions on the island, Los Gigantes cliffs form part of this west region, home to numerous secluded resorts. The impossibly steep formations rise to a giddy 800 metres (2,625 feet), resorts have black volcanic sand beaches and plenty of secluded rocky coves boast beautiful, clear water. 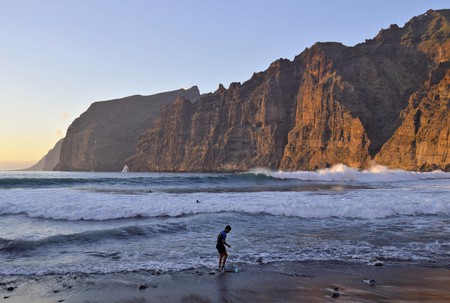 Tenerife’s latest and biggest theme park, Thai-themed Siam Park is a relatively new attraction that has gained enormous popularity with tourists. Best visited during hot summer weather with family and children, the park provides water rides, a mile-long lazy river and an enormous wave pool and sandy beach. Head to the Tower of Power, a 28-metre (100-foot) near-vertical slide that shoots you through an amazing aquarium.

The temperate seas surrounding Tenerife are home to almost 30 different species of whale and dolphin, which can be viewed from aboard boats departing from either Los Cristianos or Los Gigantes most days. Trips take approximately three hours, and some boats are decorated like pirate ships (a treat for little ones). 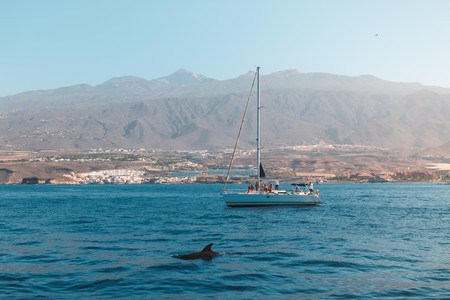 In the week leading up to Lent, Carnival celebrations take place throughout the island. Twinned with Rio de Janeiro, Santa Cruz de Tenerife’s Carnival is considered by some the most famous in the world after the Brazilian city’s. Each year, the Grand Opening Parade kicks off celebrations with a colourful themed procession of floats and costumes making its way through the streets. The end of Carnival is marked by the somewhat bizarre Burial of the Sardine ritual on Ash Wednesday: a giant effigy of a sardine sits on a throne, which is carried through the streets of the capital, followed by a procession of wailing ‘widows’; the sardine is then set on fire when it reaches Plaza de España.

Named after a tiny village in northwestern Tenerife, the Masca Trail is one of the most popular hikes on the island, beginning at the village and winding down to the rocky beach below. Beginners can arrange guided tours with various local companies, or more seasoned hikers can navigate the trail alone. Walkers get plenty of opportunities to soak up spectacular scenery along the five-mile trek and can take a boat at the end to the majestic Los Gigantes cliffs. 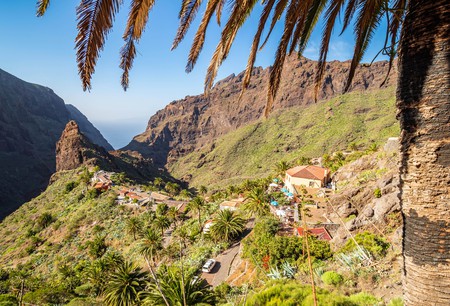 Tenerife’s position between the Sahara and the Atlantic – as well as its lack of light pollution, high altitudes, clean air, and exceptionally clear night skies – makes it an ideal place to stargaze. Officially declared a Starlight Tourist Destination, the island offers many opportunities to stare at the night skies, whether through official tours or on your own. But for the ultimate star-gazing experience, the luxury Ritz-Carlton in Abama hosts private summer star parties, which include an exclusive tour of the observatory, a chance to look through the world’s largest telescope, and a gourmet stargazing picnic.

Dominating a huge area in central Tenerife, Teide National Park is all about Mount Teide – at over 3,700 metres it’s the highest point in Spain. It offers diverse volcanic landscape, pine forests and green valleys with stunning views across numerous hiking routes. Less adventurous travellers can still drive through the protected national park to admire the beauty of this part of the island. 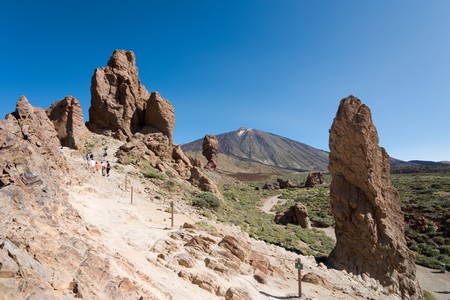 While certainly not known as a dining destination, it might surprise many to discover that the island is home to no fewer than five Michelin stars across four restaurants. M.B. (Martín Berasategui) is a two-Michelin-starred establishment, housed in the Ritz-Carlton, Abama, and arguably Tenerife’s finest. Foodies should also try the family-run El Rincón de Juan Carlos for some spectacular interpretations of classic Spanish cooking.

It’ll come as little surprise that Tenerife has some genuinely spectacular beaches – (albeit sometimes with a little help from some imported Sahara sand). One popular stretch for locals and tourists alike is the pine-fringed Las Teresitas, just 10 minutes’ drive from the island’s capital. On the northern coast, one of the island’s prettiest and more remote natural beaches is the dark, volcanic El Bollullo. Meanwhile, naturists can find a spot to bare it all on long golden sands of La Tejita on the other side of the island. Two firm family favourites are the Playa del Duque and Playa de las Vistas, both on the south coast. Basically, there’s a beach for everyone! 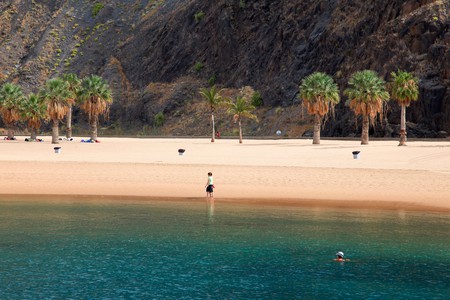 Originally referring wine-tasting parties arranged by vineyards to sell their products, guachinches is now more used to describe rustic-style establishments where local wine is served with traditional tapas. In fact, traditional rutas de guachinches (guachinche trails) are comparable to bar crawls and several places are visited in a single day. Guachinches adhere to strict rules, however, such as only serving wine and dishes produced by the owner.

Teide isn’t the only mountain on the island worth exploring – lesser-known Anaga Mountain Range is located on the farthest northeastern point of Tenerife and consists of some beautifully remote, rugged coastlines, deep ravines, traditional villages and humid forests. Formed by a volcanic eruption around eight million years ago, it’s the oldest part of the island and has been declared a Biosphere Reserve with the largest number of endemic species in Europe since 2015. While hiking trails can be challenging, views are particularly rewarding and feel like a million miles (and years) from the package holiday hoards on the other side of the island.

By far the best way to experience the UNESCO-protected Teide National Park is by riding the cable car up the mountain. The eight-minute ride is not cheap but is more than worth the incredible views of the volcanic crater, stunning national park, and other Canary Islands across the sea on a clear day. The cable does not go all the way to the peak, but three walking routes are available from the upper station. Note: trips to the peak require special permission. The altitude will be hard on even the most fit, so it’s best to take it slowly. Alternatively, admire the views and head back down in the cable car again. 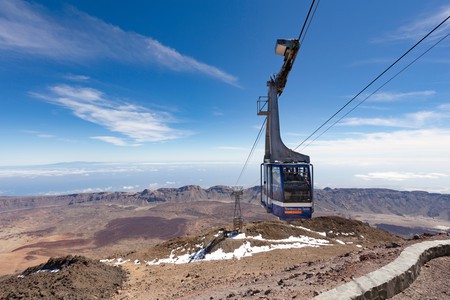