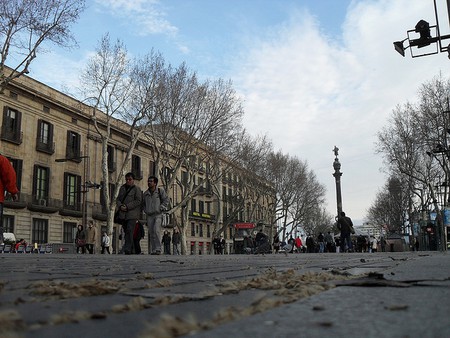 Las Ramblas, a 1.2. kilometers long avenue stretching between Plaça Catalunya and Port Vell has attracted tourists and locals alike for centuries to take a refreshing promenade, enjoy the restaurants and cafés gathered around the street and simply, sense the buzzing life of Barcelona all around. As day turns into night and as seasons change, the rhythm of this historical avenue hardly ever slows down. Here are 13 unique perspectives of Las Ramblas and historically significant landmarks around this vibrant street. 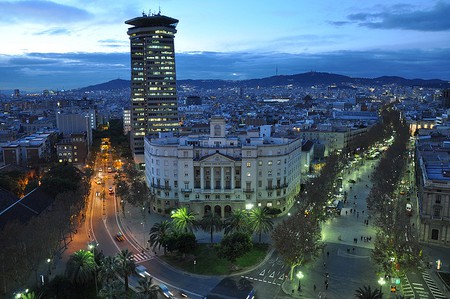 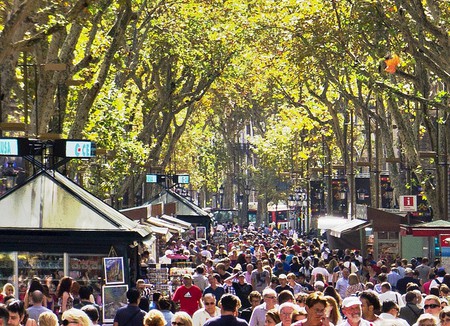 Buzzing street life in the early days of Fall. 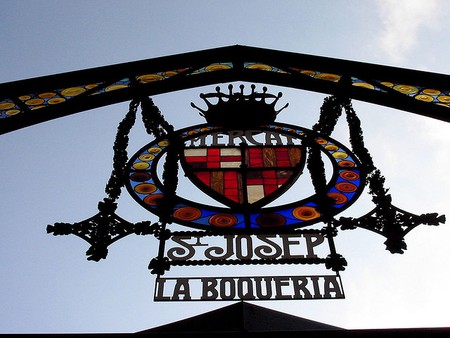 One of the main attractions while strolling along Las Ramblas is Mercat de Sant Josep de la Boqueria, or simply La Boqueria, dating back to 1217 when the first tables were set up near the city gates. 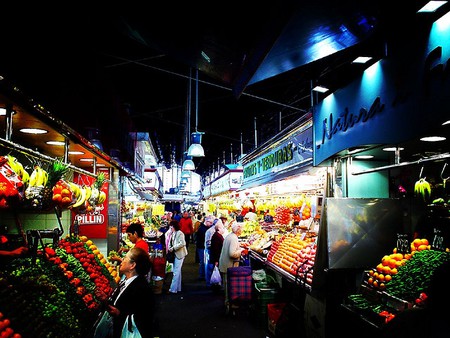 Inside the buzzing La Boqueria market. 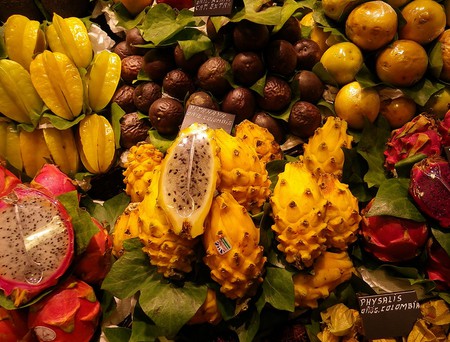 From exotic fruits to delicious seafood, you can find everything at La Boqueria. 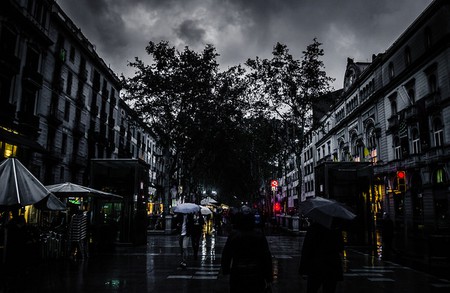 The street stays busy even on a rainy day. All you need is an umbrella from one of the many street vendors eager to sell you one for few euros and your promenade can begin. 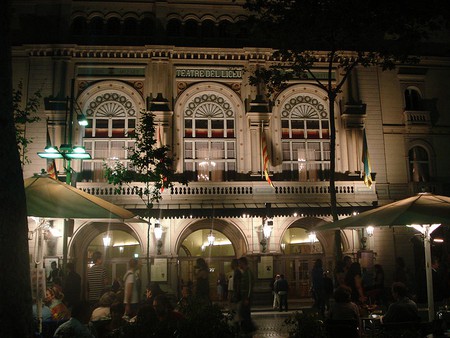 Gran Teatre del Liceu, an opera house on Las Ramblas, opened its doors first time on 4th of April 1847 and has ever since invited world-famous opera stars to perform on its beautiful, historical stage. 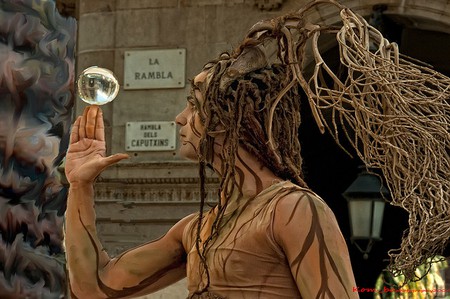 The street is a host for many talented street artists that flock the avenue all year round, captivating their audience with the most alluring performances. 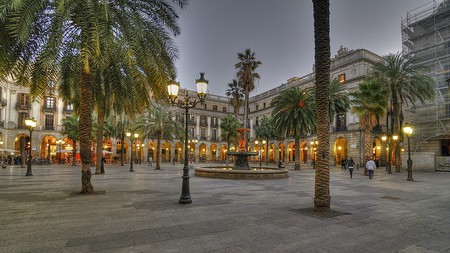 Everyone knows Plaça Reial, a beautiful square in the heart of the Gothic quarter just few steps away from Las Ramblas. But did you know that the lanterns on the square were designed by famous Catalan, Antoni Gaudí? 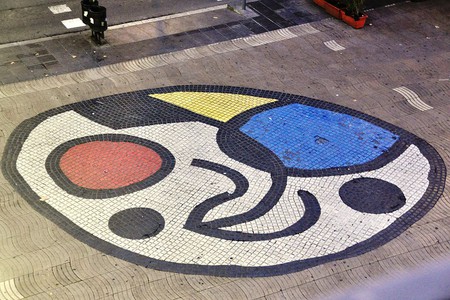 A mosaic by famous surrealist, Joan Miró, on Las Ramblas of Barcelona. 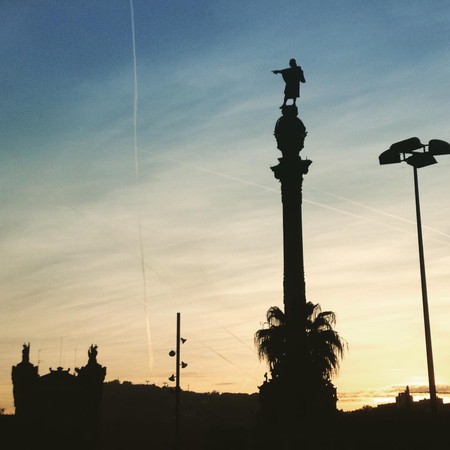 To honour Christopher Columbus’ first voyage to the Americas, a 60-meter tall monument was constructed in 1888 to the lower end of Las Ramblas near to the harbour. Upon his return to Spain Columbus reported to King Ferdinand V and Queen Isabella I in Barcelona and the grand statue stands close to the site where Columbus touched the Spanish soil for the first time after his long journey. 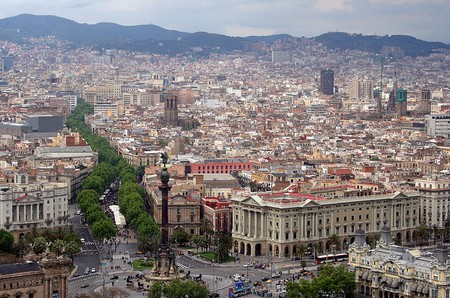 And finally, an overview of Barcelona, and marked with the line of trees; Las Ramblas.