12 Delightful Things to Do on a Rainy Day in Barcelona 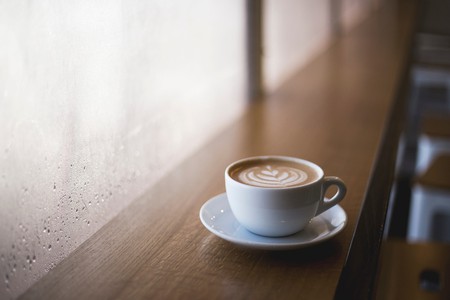 Even if the Catalan capital has an average of only 53 days of rain a year, you still need to have a plan B, just in case you get a rainy day. Whether it’s making the most of Barcelona’s many amazing museums, or exploring the city’s high-street boutiques and designer shopping centres, here are 12 fun things you can do in Barcelona when it rains.

Watch a Movie in English

Being a cosmopolitan city with a large English-speaking population, Barcelona has many cinemas showing movies in English or with English subtitles. The Renoir on Floridablanca in Sant Antoni and the HD Verdi cinema in Gracià both have regular screenings of original-version films, including many British and American ones.

Located on Montjuïc, just next to the Plaça d’Espanya, the MNAC is the National Museum of Catalan Art, covering over 1,000 years of art from across Catalonia. The collection spans medieval gothic and romanesque art, as well as more modern trends such as Catalan modernism and avant-garde currents. On the top floor of the museum, Òleum restaurant is overseen by Catalan chef Fina Puigdevall from the two-Michelin starred restaurant Les Cols, near Olot, and offers a fine-dining experience with panoramic views of the city. 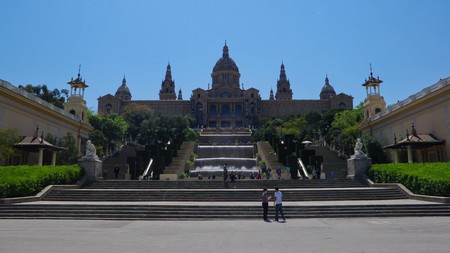 With over 242 shops, La Maquinista is the largest shopping centre in Catalonia and one of the largest in Spain. Its compact layout means you can wander from shop to shop without worrying about getting wet, and it has everything from designer labels to sports shops. There’s also a large food-court area with a variety of restaurants, and even a cinema so you can stay on in the evening and make a full day of it.

Treat Yourself to a Spa Day

When the weather is bad, why not relax and let yourself be pampered in one of Barcelona’s many fabulous spas? The luxurious Hotel Omm boasts a modern, elegant spa offering a range of different massages and skin treatments as well as relaxing pools. The Aire de Barcelona Ancient Baths involves a circuit of hot- and cold-water baths with complimentary mint tea in the relaxation area, as well as sensual oil massages and even the chance to have a soak in a bath of red wine. 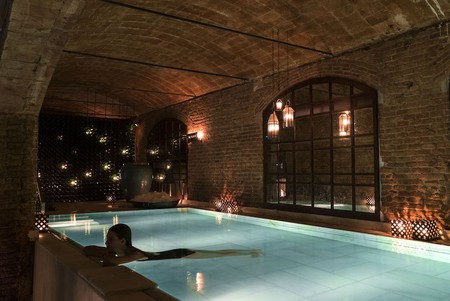 Test Your Skills in an Escape Room

One of the latest trends in Barcelona, Escape Rooms challenge participants to find clues, answer riddles and crack codes to make their way out of the room. Each room has its own theme, from Gaudí architecture to Roman-era Barcelona, and you and your team mates have an hour to break your way out and try to get the best score.

The Catalan capital boasts some magnificent concert halls and theatres with live-music recitals, ballet, opera and theatre performances. The Liceu Theatre on La Rambla is a grandiose mid-19th-century opera hall with six floors, while the Palau de la Música Catalana is a modernist marvel designed by architect Lluís Domènech i Montaner and named a UNESCO World Heritage Site in 1997. 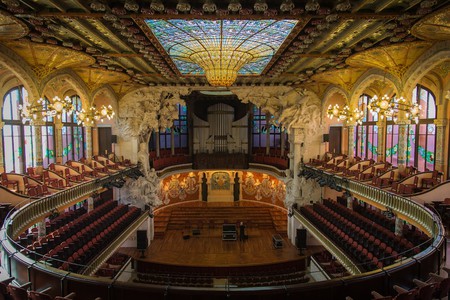 El Born is one of Barcelona’s trendiest neighbourhoods and also one of its oldest and most charming. The advantage of its narrow streets and old buildings is that you never have to walk too far to get from one cozy café or bustling bar to the next. The Passeig del Born is a good starting point, with the Carrer del Rec and Carrer de Montcada running off from here with some great options for all-day lounging around.

The largest Mediterranean aquarium in the world, the Barcelona Aquarium is home to over 11,000 animals and some 450 different species. There’s an 80-metre (262-foot) long tunnel that allows visitors to walk through the tanks and admire sharks, rays, octopus and a myriad of native fish species. 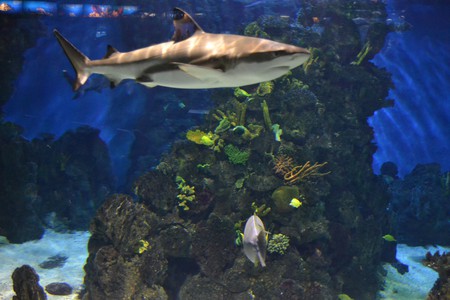 Hop on the Bus

If you don’t want the rain to get in the way of your sightseeing schedule, you can opt to visit Barcelona on a hop-on, hop-off bus. While the top decks are often open-air, there are covers, and the downstairs floor is closed and air-conditioned, so you don’t have to worry about catching a chill. You’ll be able to see the city’s most famous landmarks and get off to tour places such as the Sagrada Família along the way.

Wish you could prepare your own Spanish tapas? Or fancy being able to impress your friends by making an authentic paella dish from scratch? There are a number of amateur and professional cookery schools in Barcelona offering one-day cooking classes and a guided tour of the food markets. The classes are relaxed and fun, with a chance to sample your preparations with a glass or two of wine after the class. 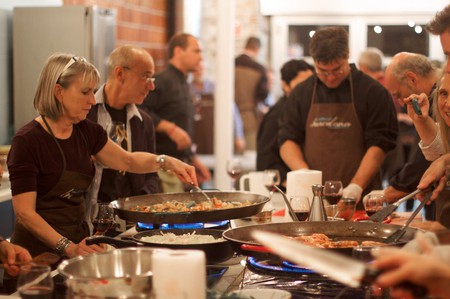 Get Creative at the Chocolate Museum

Know someone with a sweet tooth? The Barcelona Chocolate Museum is every chocaholic’s dream, with explanations of how chocolate is made, a rundown of the history of chocolate manufacture and consumption in Barcelona and even the chance to participate in workshops – for kids and adults – to make your own chocolate treats.