11 Places in Barcelona You Must Visit This Fall 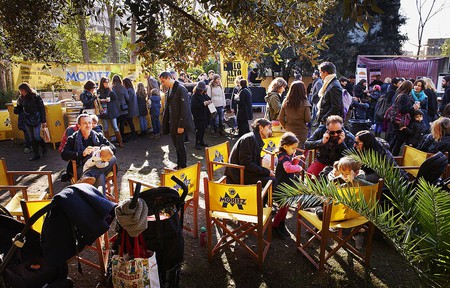 Fall is a wonderful time to visit Barcelona, when tourist crowds diminish and locals return to the office after the August break. As the warm weather cools down, leaves turn orange and stalls selling roasted chestnut stalls pop up across the city, filling Barcelona with that familiar seasonal smell. Here are some of the best places to visit in the Catalan capital this fall.

Any discussion of the best jazz music festivals in the world always involves the Barcelona International Jazz Festival (currently under sponsorship of the Voll Damm brewery). Over the years, some of the finest jazz musicians from across the world have performed in the Catalan capital during this two-month long festival. This year marks the 49th edition of the festival and will feature musicians such as Kamasi Washington, Diana Krall and rising star Estrella Morente.

This jaw-dropping town house has the unique privilege of being the first building designed by the famous Catalan architect Antoni Gaudí. A seminal design for what is now known as Catalan Modernism, the house was a private residence until 2014 when it was acquired in view of opening it to the public. With nearly a year of delays to the initial opening, this fall Casa Vicens will finally greet visitors in what is a highly anticipated addition to the list of Gaudí monuments open to the public. 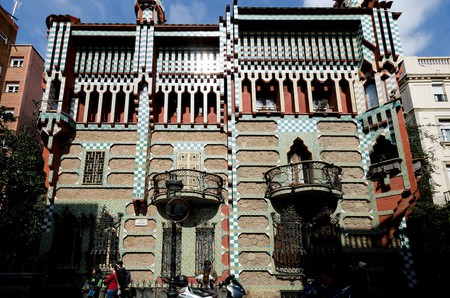 One of the most incredible monuments in Barcelona – and the world – the Sagrada Família is considered to be Gaudí’s magnum opus. After over 100 years of construction, this Catholic church is still not completed but is expected to be finalised sometime around 2026. Fall is one of the best times to visit the Sagrada Família as the queues are much quieter than during the peak season and the soft seasonal sunlight creates a warm glow as it radiates through the intricate stained glass windows.

The La Mercè festival marks the end of the Summer season and the beginning of fall. A week-long celebration in honour of the patron saint of Barcelona, the festival culminates on September 24 with a spectacular pyrotechnical show outside the National Palace of Catalonia. This is also a fantastic opportunity to observe Catalan folklore and culture with performances of sardana dancing, parades of the gegants (giants) and the feisty correfoc (fire-run). 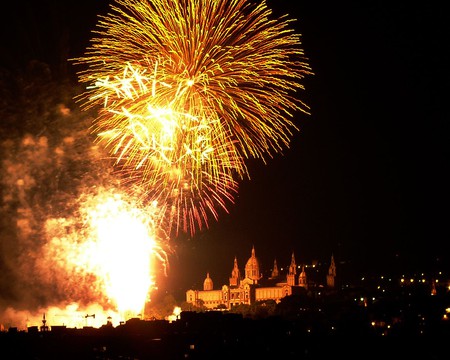 The closing celebration of La Mercè at the MNAC | © Xavi

The province of Catalunya is the biggest producer of the Spanish sparkling wine, cava, in the country. Every year, the Barcelona Wine and Cava Festival unites producers from across Catalonia to give visitors the chance to sample hundreds of wines produced by over 70 local wineries. Taking place beneath the Arc de Triomf and Ciutadella Park, the festival is one of the best occasions to learn about Catalan wines you’ll get.

Located in the wealthy neighbourhood of Pedralbes, Pedralbes Monastery is a Gothic monastery founded in the 14th century. Fall is a wonderful time to visit the site as the crowds have disappeared and the gardens take on beautiful tones of red, orange and yellow, making it the perfect place to soak up the autumnal atmosphere of nature in Barcelona. The three-storey high cloister surrounds a peaceful garden containing orange trees and palm trees, while inside the church visitors can see the double-sided tomb of Queen Elisenda – on the cloister side Elisenda appears as a mourning widow, on the church side as a queen. 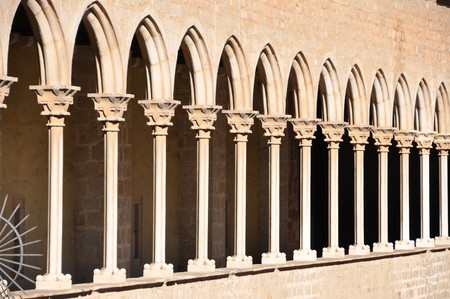 Just 30 minutes outside of Barcelona, Sitges is a popular seaside with an International Film Festival considered the number one fantasy film festival in the world. Attracting directors, actors and fans from across the globe, the festival has hosted big names such as Quentin Tarantino, Sir Anthony Hopkins and Jodie Foster. The program includes film screenings, talks, interviews and even a zombie walk through the town of Sitges.

Taking place in a transformed warehouse in the trendy Poblenou neighbourhood of Barceloan, the Palo Alto Market is one of the coolest outdoor pop-up markets in Barcelona. Here you can find everything from artisan cosmetics to small designer bags, vintage furniture and retro fashion, as well as a whole host of food-trucks serving everything from Thai food to patatas bravas. The fall marks the return of Palo Alto Market after the summer hiatus and promises to be bigger, better and with even more live music.

First weekend of every month from September 2017 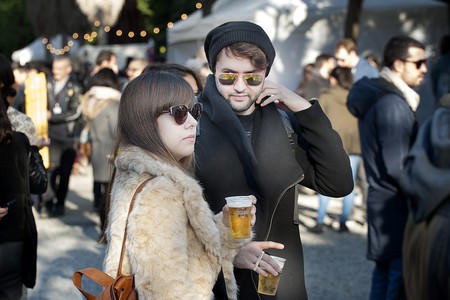 Barcelona’s Contemporary Culture Centre, the CCCB is a multi-disciplinary exhibition and event space. Throughout the season, the CCB will be hosting a number of specialist festivals including L’Alternativa – one of the city’s leading indie cinema festivals – as well as hosting Björk Digital, the artist’s immersive multimedia exhibition which has toured through Tokyo, Sydney and London.

Calling all beer fans! If you want the chance to enjoy the popular German Oktoberfest but with better weather, check out the Barcelona Oktoberfest at the Fira de Montjuïc. This 12-day long celebration of one of the most ancient drinks in the world takes place under a 5,000 m2 tent featuring live music, traditional Bavarian bratwurst sausages and of course, lots of Lederhosen. 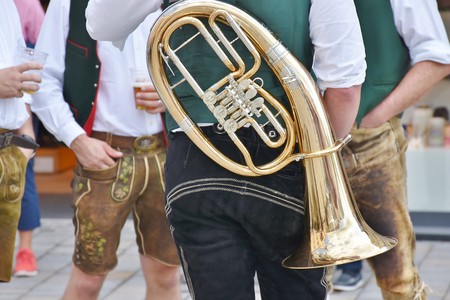 Get in the mood for Oktoberfest CC0 Pixabay

The last of the Barcelona neighbourhoods’s festa major – a public celebration involving parades, large feasts and plenty of music – the Festa Major de la Barceloneta takes place at the end of September and early October. This historic fishermen’s neighbourhood has a strong neighbourhood spirit and the celebrations are always rather spectacular, with correfocs (pyrotechnical parades with devils throwing fireworks at the public – more fun than it sounds) and processions of effigies of local patron saints and other notable characters.