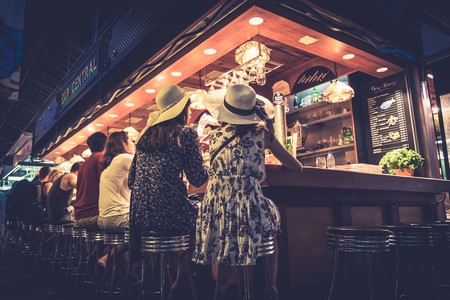 ﻿Eating out in Spain can be an absolute delight – if you know what you’re doing. Avoid some of the most common pitfalls with these handy Spanish sentences which will help you eat just like the locals. ¡Buen provecho!

(aye-men-OO)
Many (if not most) restaurants in Spain will serve a weekday lunchtime set menu – but not all of them will make it that obvious to foreigners. If you’re not given the set menu then simply ask your waiter if there is one.

(aye-algo-FWE-ra-deh-CAR-ta)
If you want to know whether there are any specials, ask your waiter if there’s anything ‘outside of the menu’. Often, this is where you’ll find the most seasonal treats or freshest arrivals of fish. 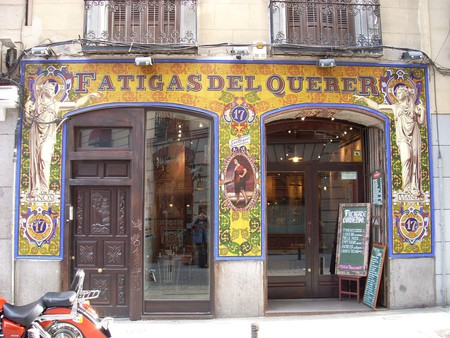 Front of a restaurant in Madrid | © Marco Chiesa / Flickr

(BA-moss-a-com-PART-eer)
Often in Spain, a group will order a selection of dishes to share which will be served on plates in the centre of the table. Let your waiter know that you’re also planning on eating this way by telling them you’re ‘going to share’ so they can bring you individual empty plates to eat off alongside the dishes.

(po-DAY-moss-pay-dir-MAY-dya-RASS-yon)
Many restaurants which serve tapas style or serving dishes allow you to order certain dishes in different sizes. The smallest, a tapa, is a snack-size portion which often accompanies a drink. A ración is a full portion which can often feed multiple diners. A media ración, or half portion, is ideal if there are only two or three of you wanting to try a selection of different dishes. 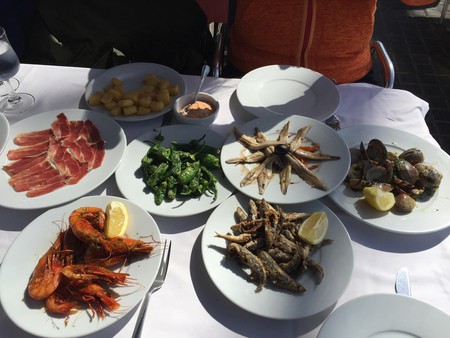 (BA-moss-con-oon-po-ko-deh-PREE-ssa)
Going to the theatre later or got a plane to catch after lunch? Let your waiter know you’re in a bit of a hurry before ordering your meal to make sure they know to get you out on time. On the contrary, if you’d rather take your time and not get rushed then say no tenemos prisa so they can adapt the pace.

(lo-kEE-air-o-PO-co-ETch-o / al-pUN-to / bee-en-ETch-o)
Don’t let your meal be spoiled by an over-cooked or under-cooked steak. Some waiters might assume that as a foreigner you’ll want your meat well-done and if that’s not the case be sure to ask for it poco hecho. On the contrary, if you can’t stand the sight of a bloody steak be sure to ask for it bien hecho. For medium rare, ask for al punto. 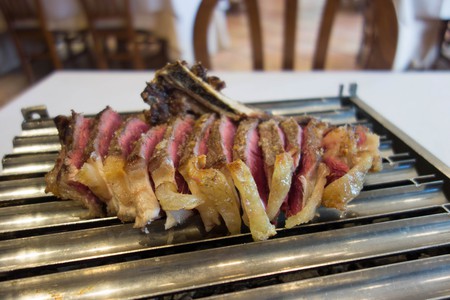 (KAY-vee-no-may-rek-o-mee-END-ess)
Don’t know your Spanish wines? Or just want to get a recommendation for something that will go with your meal or your personal tastes? Ask someone! For reds, the waiter might typically ask if you like it con mucho cuerpo (full bodied) or ligero (light). For whites, they might ask you if you like it afrutado (fruity) or seco (dry).

(pwed-o-ber-la-KAr-ta-de-POS-tress)
Don’t miss out on a sweet end to the meal if you’re in a bar or restaurant where the service is a little slow. Simply ask to see the dessert menu and you’ll remind your waiter you still need some attention. 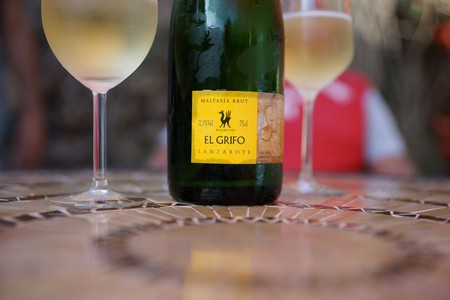 (ess-ka-SSEH-ro)
You’d be surprised by the number of restaurants who will serve you a lovely home-made meal only to surprise you with a ready-made dessert. Usually the menu will say which desserts are home-made, or casero, and which ones aren’t, but if you’re unsure, just ask.

(para-mEE-oon-dess-ka-fey-ee-NA-do)
Decaf coffee is quite common in Spain and lots of people prefer drinking it after dinner to avoid a bad night’s sleep. Just ask your waiter for un descafeinado and they’ll bring you a single espresso decaf. For a touch of milk ask for un cortado descafeinado. 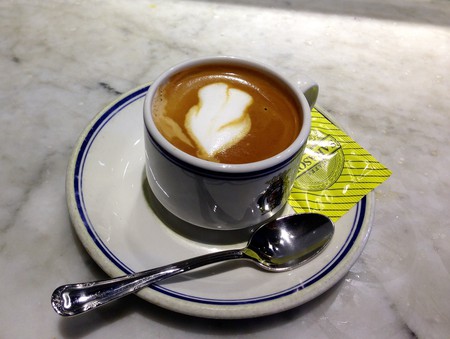 (may-kO-brass-por-fA-bor)
Forget the classic la cuenta por favor and pass yourself off as someone who’s spent a little time in the country by saying me cobras por favor. Literally this means ‘bill me please’ and it’s how locals would often ask for the bill.