11 Awesome Facts You Need To Know About Antoni Gaudí 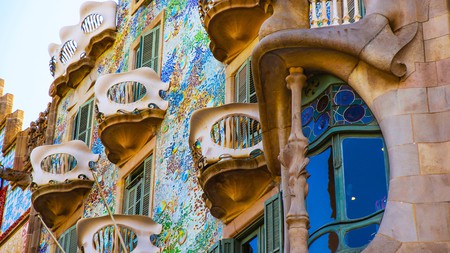 If there ever was a patron saint of Barcelona, it would have to be Antoni Gaudí. While most people are familiar with his work incorporating colorful mosaics, natural elements, and skeleton balconies, the man behind the surreal buildings (and park) remains relatively mysterious. While some of these points will sound familiar, there are others that will be surprising to even the most fervent fans of the master of surrealist architecture.

He was a strict vegetarian

Gaudí was a vegetarian way before tempeh became the new tofu, but his motivations were less animal rights and more health-instigated. He was plagued by poor health for most of his life (counting rheumatism as one of his ailments), which led to adopting vegetarianism, a diet much lauded (and occasionally attributed to) Dr. Kneipp, a German priest who believed in natural medicine and hydrotherapy. He refused any medical help for his ailment, subsisting on lettuce leaves sprinkled with olive oil and some nuts. Unfortunately, this wasn’t the healthiest way to approach the diet, and it occasionally led to more serious illnesses. 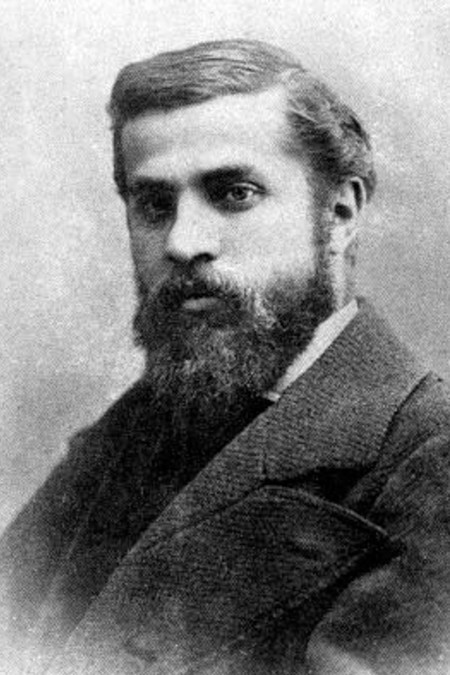 He was often mistaken for a beggar, which ultimately led to his death

The young Gaudí was a stylish young man, dressing in expensive suits, touting a strong hair game, and gallivanting about turn-of-the-century Barcelona. Unfortunately, like most people, he slowly changed as the years passed. A series of hardships – from deaths of loved ones to economic hard times to work troubles – eventually made the one-time man-about-town into a frugal homebody who neglected his wardrobe. He was struck by a tram on one of his daily walks and didn’t receive much medical attention until the next day when the chaplain of the Sagrada Família identified him as the famous architect he was. By that time, his injuries had progressed past salvage, and he ultimately passed away three days later. Why was he ignored for so long? People mistook the shabbily dressed man for a beggar.

He was politically active, fighting for Catalonian culture

It’s been said that Catalan men are fiercely proud beings. Gaudí, a born and bred Catalonian, was a strong proponent for Catalan culture and a believer in an independent Catalan state. So strong was his love for his culture that it was suggested he enter the realm of politics, but much to the relief of the architectural world and beauty aficionados alike, he refused. For the history buffs, the Catalan identity (including state, language, and culture) has been around since the 8th century A.D. The struggle for Catalan independence has been raging since the 17th century (it rages on to this day), and Gaudí, like his Catalan brethren, occasionally got involved in protests which escalated into full blown riots – once during the Floral Games and a second time during the National Day of Catalonia, the latter of which led to a few days in jail. 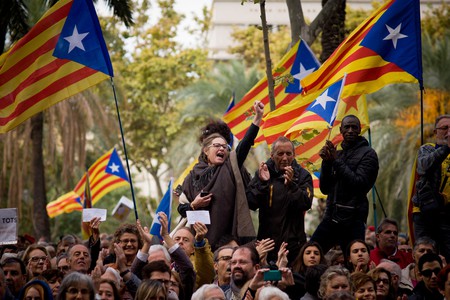 Park Guell started out as an English-style residential estate

Developer Count Eusebi Güell set out to create a housing development inspired by the English garden city movement popular in the early 20th century. Garden cities were planned self-contained communities that combined residential, agricultural, and green space in one tidy, suburban package. Gaudí designed the grounds, respecting the natural landscape, as well as the water collection and storing system, avoiding erosion issues caused by Mediterranean rainfalls. Two model homes were built: one by architect Juli Battllevell and the other by Gaudí’s assistant, Fransesc Berenguer. Sadly, those were the only two houses built, and the failed housing development was transformed into modern-day wonderland by the master of the mosaic, Antoni Gaudí. He eventually moved into the house designed by his assistant. That house is now the Gaudí Museum (Casa Museu Gaudí), which can be visited today. 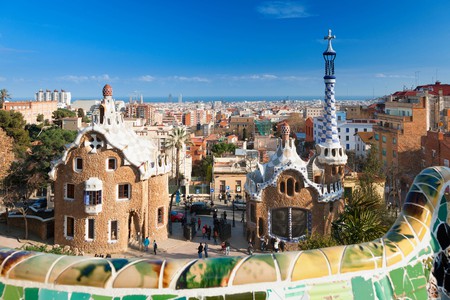 He was a bad student at the Barcelona Architecture School

How can the man considered a genius by many just barely squeak by in school? Well, he scraped the bottom of the barrel so extensively, it prompted Elies Rogent, the Director of Barcelona Architecture School (BAS), to state: “We have given this academic title either to a fool or a genius. Time will show.” And it did.

The Sagrada Família is Gaudí’s posthumous success, even during construction

Gaudí’s magnum opus has been under construction since 1882 and is slated for completion in 2027. That’s 145 years, if anyone’s counting. But who is? Gaudí designed the inside of the cathedral in the shape of a cross and to look like the interior of a forest, the façade to contain biblical elements and scenes from the nativity, and the spires to represent the apostles, the Virgin Mary, the four evangelists, and Jesus Christ (the largest one, naturally). Every year, a different element of the church is unveiled as construction progresses, each iteration providing a limited-time-only experience. Some people may be interested in seeing the finished product, but most will be interested in the evolution of this grandiose structure filled with symbolism, color, light, and, of course, religion. 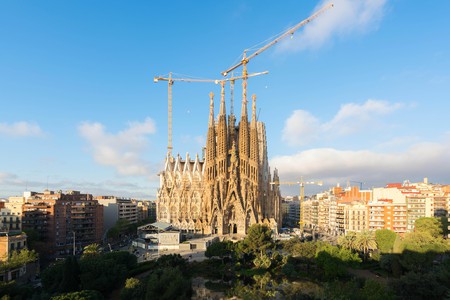 As the creator of mind-bending surrealist spaces allows visitors to step into what seems like his wildest imaginarium, Gaudí has a ton of fans these days. It’s also fitting that one of his biggest fans be the master of surrealist mind-bending art, Salvador Dalí. The two Catalan men definitely did share a unique viewpoint on their craft: they both disobeyed the traditional rules of realism, and they both seemed to be exceedingly wary of the straight line. It was Dalí that said, ‘Those who have not tasted his superbly creative bad taste are traitors.’ Sounds like a back-handed compliment, but coming from Dali, that’s high praise indeed. He spoke of the Sagrada Família, admiring its “terrifying and edible beauty,” suggesting it be kept under a glass dome to preserve this weirdly stunning edifice. Surrealists clearly see eye to melting eye. 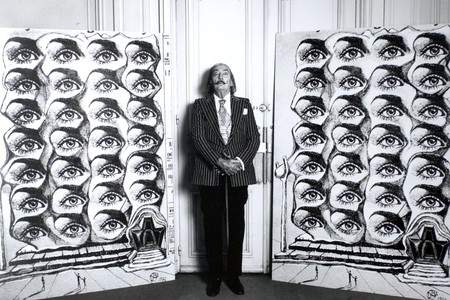 Surrealists and Cubists see reality in a different ways than realists and traditionalists do. They look like they’d go along, right? Not necessarily – unlike Dalí, Picasso was a little less enthusiastic about the Surrealist architect’s work. So unenthused was he, he bade both Gaudí and the Sagrada Família to hell. 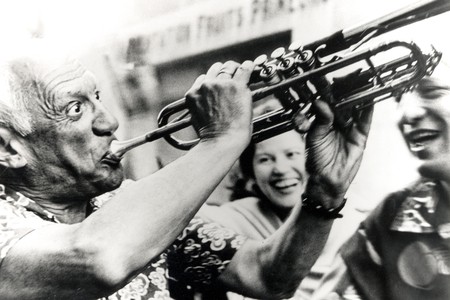 He started his career designing lampposts

For Barcelona enthusiasts, the touristy Plaça de Catalunya is not the only ‘plaça‘ to be. Plaça Reial is the open square off La Rambla with hopping eateries, lively buskers, and architect-designed lampposts. That’s right – those ornate lampadaires were designed by none other than the young Gaudí as his first work assignment after graduating from the Barcelona Architectural School. There’s not a street or square that hasn’t been decorated by the surrealist genius. 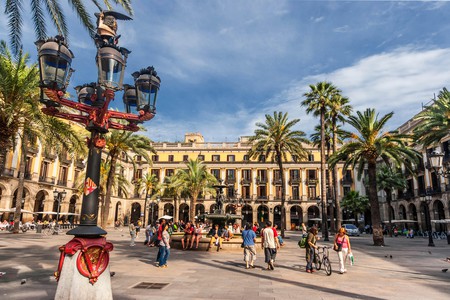 He remained a bachelor to the end

In modern times, the quintessential workaholic is usually also a bachelor. Well, Gaudí was ahead of his time on this one (again, see: vegetarianism), as he dedicated most of his waking hours to his craft, leaving not too much time for a partner in crime. That was, of course, after his one (known) love, Josefa Moreu, didn’t reciprocate his feelings. Reminiscent of Love in the Time of Cholera, sadly without the happy ending.

He was very religious, and is currently being considered for sainthood

One theme that unified Gaudí’s later life was his strong faith in Catholicism. Religious imagery appeared in a lot of his work – such as the Nativity scene at the East façade of the Sagrada Família (and of course, the entirety of the Sagrada Família itself). Such dedication to religion got him nicknamed ‘God’s Architect,’ so it seemed only fitting that Gaudí should be honored with the final step in a life lived religiously: sainthood. In 1992, the Association for the Beatification of Antoni Gaudí put in place a motion to begin the process of sainthood by beatification of Gaudí. As of press time, the Vatican has yet to announce a decision, but should he choose in favor, pack your bags for Barcelona, travelers, because 2016 (the 90th anniversary of Gaudí’s death) will be one big beatification ceremony. 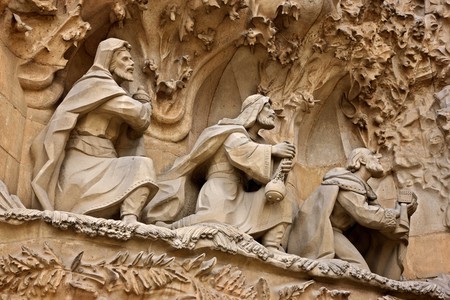