10 Traditional Dishes You Can't Leave the Sierra Nevada Without Trying 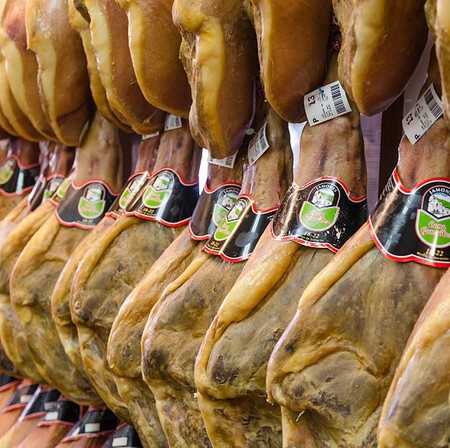 Cured legs of jamón in a shop in Trevélez, in Andalusia's Sierra Nevada | © Tuxyso / WikiCommons

One of the joys of visiting Andalusia’s Sierra Nevada natural park – Spain’s largest – is discovering the local food. Below, we’ve brought together ten of this stunning region’s tastiest contributions to Spanish cuisine, from cured jamón to rustic country stews.

The plato Alpujarreño is a dish that leaves you feeling as if you never want to eat again (in a good way). It’s a no-frills and deeply satisfying combination of blood sausage (morcilla), jamón, grilled pork loin, chorizo, fried egg and fried potatoes – perfect ballast after a long trek or bike ride in the Sierra Nevada. A siesta afterwards, especially if accompanied with wine, will be unavoidable.

The Alpujarras region of the Sierra Nevada, specifically Trevélez, its highest town, is famous for cured hams, or jamones. The clean, dry air this high up (Trevélez is at 1,476 metres (4,843 feet)) is perfect for the curing process – and the results are delicious. A plate of jamón will arrive as a tapa with your drink in most bars, and you can also buy it from delicatessens in the main Alpujarra villages. 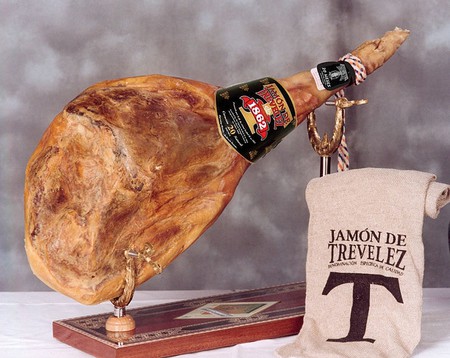 Many locals in the Sierra Nevada, especially those in the Alpujarras, cultivate their own honey, and also make their own jams from freshly-picked fruit. These are then sold into bars and restaurants, where you can spread them on your tostada for a wonderful breakfast. They’re also sold at roadside stands and make for a great souvenir, so keep your eyes open when driving on the mountain roads.

As you’ll see when exploring the lower parts of the Sierra Nevada, the landscape is packed with olive groves. The flavoursome fruit of their trees arrives, in its most natural state, as a tapa in most of the region’s bars and restaurants, whetting your appetite for what’s to follow. Jars of the park’s delicious olives (aceitunas) are also available in the delis. 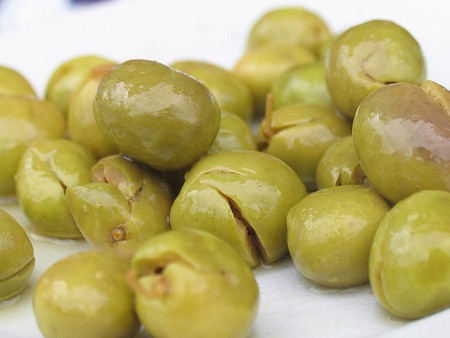 Another of the Sierra Nevada‘s hearty, country dishes is stewed mountain goat, which can be found on many menus in the Alpujarra region (you can see them roaming free in the mountains above, especially on the foothills of Mulhacén). The recipes vary, but the meat is usually slow-cooked in a rich tomato sauce and served with a heap of garlicky fried potatoes.

Almond trees are almost as ubiquitous in the Alpujarra region as olive trees, and transform the landscape when they bloom during January and February. Almonds make for a great snack, especially when accompanied with a cold beer, and are also used in a classic regional dish – pollo con salsa de almendras (chicken with an almond sauce). 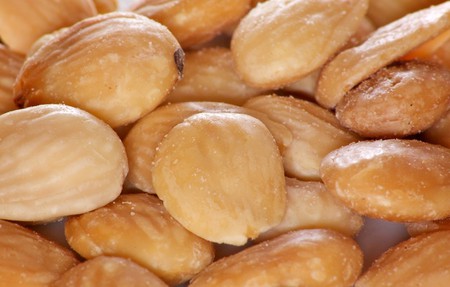 Cocido is a stew that was originally served to land workers as a cheap, filling lunch. You’ll find different versions of it wherever you go in Spain, but in the Alpujarras region it consists of ham hock, green beans, chick peas, green/red pepper and potatoes, all of which are left to simmer in salted water. Spanish comfort food doesn’t get much better than this.

Carnes a la plancha/a la brasa (grilled meats) are a focal point of many menus in the Sierra Nevada, as they are throughout Andalusia as a whole. They are eloquent proof that less is more in Spanish cooking: the locally-sourced meat – most typically pork, lamb or beef – is rubbed with salt and pepper and grilled over a high heat, thus retaining all its natural flavour. 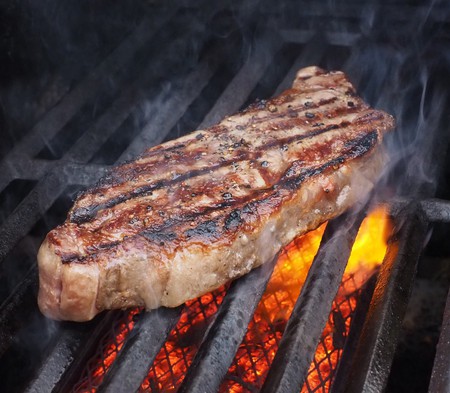 Migas is a dish that demonstrates Spaniards’ genius for turning the humblest ingredients into a tasty snack or meal. Although breadcrumbs are used as its base elsewhere in Spain, the version you’ll find in the Sierra Nevada uses hard wheat flour: this is salted, fried with green peppers, olive oil and garlic until crispy, and garnished with hunks of morcilla and chorizo.

Another Andalusian classic that features heavily on menus in the Sierra Nevada is rabo de toro, or stewed bull’s tail – a great post-skiing/trekking/biking meal. The meat is cooked for at least three hours in red wine and stock, along with onion, garlic, red pepper, carrot and leek. If you’re having it for lunch, make sure you don’t have much to do afterwards – because you’ll need a siesta. 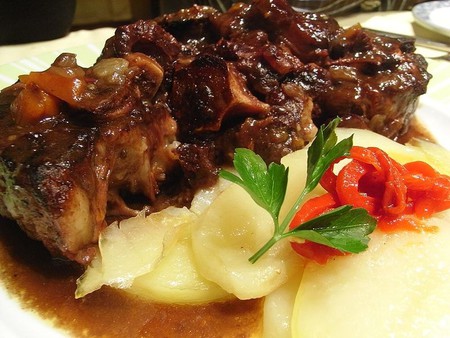