10 Things to See and Do in Opera, Madrid 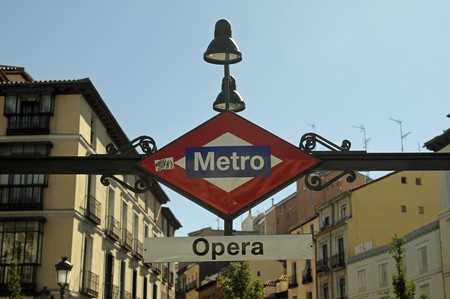 Madrid’s Opera metro station is located right in the centre of the city, close to many of the Spanish capital’s major sights. From the Royal Palace to one of Madrid’s most famous foodie haunts, read on to discover the best things to see and do in Opera.

Construction began on Madrid’s major opera house in 1818 and it had its grand opening 32 years later in 1850. After closing in 1925 it fell into disrepair and, after a spell as a concert venue, was renovated as an opera space once again and re-opened to great fanfare in 1997. Today, the venue holds major operas as well as concerts and theatre productions. The Royal Theatre also offers daily tours in a range of languages, which allow visitors to get a behind-the-scenes look at the workshops, dressing rooms and rehearsal spaces.

Madrid’s Royal Palace is one of the biggest in Europe and holds a vast array of treasures – from paintings to armour – that are on display to the general public every day of the week. The palace is the official residence of the Spanish royal family, but King Felipe, Queen Letizia and their two daughters choose to live in the more modern Zarzuela Palace on the outskirts of Madrid, using the Royal Palace only for state ceremonies. Don’t miss a stroll through the neighbouring Sabatini Gardens, a beautiful landscaped garden, and the Plaza de Oriente, the picturesque square in front of the palace. 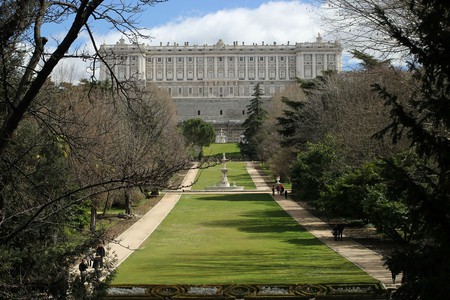 You’d be forgiven for walking straight past this 19th century palace, hidden in plain sight on the pedestrianised Calle Arenal, just off Opera. It was completed in 1847 and was one of the most luxurious palaces of its time; its owner, banker Manuel Gaviria y Douza, Marquis of Gaviria, held regular parties for the city’s finest. After spells being used as a nightclub and a shopping arcade, today, the palace holds regular art exhibitions.

This 16th century monastery, just behind Calle Arenal, holds a treasure trove of artwork, carvings and – the highlight – intricate tapestries woven in 17th century Brussels based on paintings by Rubens. The name, meaning Monastery of the Barefoot Royals, refers to the group of women who formed the original order when the monastery was founded. 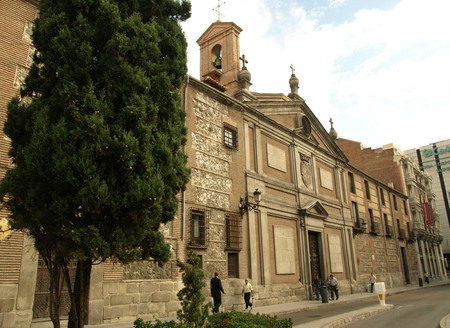 The amazing window displays alone are worth a look at this fun shop, which specialises in all things flamenco and fancy dress. If you are eager to pick up a flamenco souvenir, such as a shawl or even your very own flamenco dress, this is the place to come. Maty also sells dance clothing, carnival attire and a range of dressing up costumes.

This Spanish chain, founded in Barcelona in 1992, sells clothing, accessories and quirky gifts that make excellent – and not at all tacky – souvenirs from Spain. They aim to work with small factories and producers and to promote ethical working practices.

This bookshop, set in a beautiful building complete with old wooden staircase, is a great place to mooch around, check out the unusual literary gifts and accessories and enjoy a coffee in the downstairs café. There is a decent English-language section and staff are friendly and knowledgeable.

This cool brand lets you customise your very own watch using a range of their very hip designs, including lots of different straps (from metal to leopard print, handcrafted in Cádiz) and watch faces. Its main store is located in Madrid, close to Opera, and is a great place to check out their designs and chat with the knowledgeable staff about how to customise your own watch.

This Madrid institution was founded in 1894 and has been serving up piping hot chocolate and churros (a pudding-like hot chocolate and long, donut like snacks) ever since. Its white, coated waiters lend an old-world charm and it is open 24 hours a day, making this a popular place to end a night out in the early hours of the morning.

Grab a seat at this no frills restaurant and prepare for some mouth-wateringly good, authentic Mexican cuisine. From spicy tacos (€1.50) and quesadillas to delicious guacamole and refried beans, this is an excellent place for a tasty pitstop as you explore central Madrid.

[New Blog Post] This month's Taco Of The Month is coming to you straight from Madrid, Spain!! On our adventures a couple weeks ago, we stumbled upon this taqueria! Check out the blog to hear more about it. Link in bio.