10 Adrenaline-Pumping Activities To Try In Spain

Spain is renowned for its variety of terrains, from coasts to mountains, all of which are complemented by perfect weather conditions. This recipe makes for an adrenaline junkie’s perfect playground. The Culture Trip has compiled a list of some of the greatest adventure activities in Spain to help you get your fix. 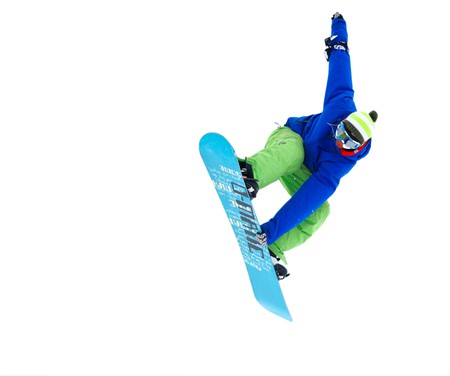 Spain and France are separated by a mountain range stretching over 400 km and reaching peaks of up to 3,404 meters high. Snow begins to fall in November, and people enjoy the slopes all the way up to April almost every year. There are many ski slopes not far from Catalonia’s capital, Barcelona; the closest resorts are only a two-hour car ride from the city. Baquerira-Beret is just over four hours’ drive from Barcelona and has over 4,700 acres of snowfields stretching across over six peaks.

Located on the north coast of Spain, the Peaks of Europe are home to some of the deepest caves in the world, including the fearsome Sima Del Trave. So why are the Picos a caver’s dream? The mountains and rocks are mostly formed of limestone, a soft stone that, when in contact with water, dissolves to form the vast multitude of caves in all different shapes and sizes. 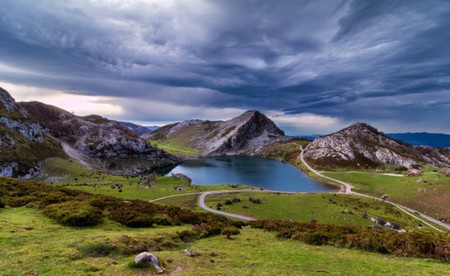 If you prefer to stay above land, the Picos are also a playground for rock climbers and mountaineers alike. With a wild and varying landscape, the most recognizable peak is the Torre De Cerredo, which reaches heights of 2,650 m above sea level.

Andalucía’s landscape and terrain is a dirt biker’s dream. You can ride limitless, unbroken, off-road trails that wind around the large and rugged Sierra de Almijara mountain range. The area is particularly distinctive for its dolomitic marble – in particular its process of erosion, which helps form the characteristic grey-white hues. Andalucía’s trails accommodate riders of all levels, from beginners to the more advanced who want to level up their skills. With all the paths and trails on offer in the Sierra de Almijara mountain range, you won’t be repeating your tracks. The Sierra Nevada near Granada is another great off-road area perfect for dirt biking.

Translated as ‘the joining of the rivers’, Junta de los Rios is the point at which the River Verde and the River Negro meet, forming tall waterfalls and crystal clear, deep rock pools – perfect for jumping off at height and landing safely. To experience the Junta de los Rios at its fullest, hire a guide or join a tour group for canyoning. Here you will be taken down through the more hazardous Rio Verde. 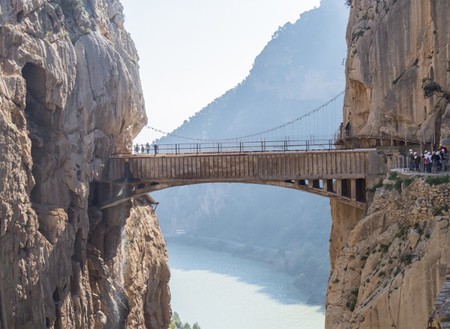 Once known as the most dangerous track in the world for its state of disrepair, El Caminito del Rey is a 7.7km-long walk that clings to the edges of the steep cliffs that shadow the El Chorro gorges. Standing at over 100m high, this man-made boardwalk trail will really test your fear of heights. To find out more about the walk, head to the official El Caminito del Rey website. 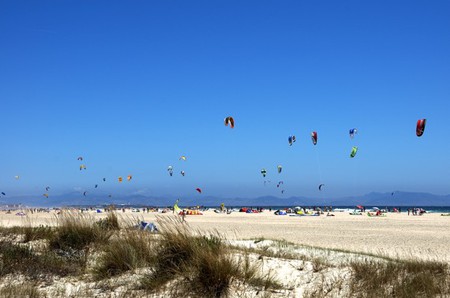 Tarifa is one of the most famous locations in the world for wind sports such as kiteboarding and sailing. Tarifa sits on the Strait of Gibraltar, a long and narrow stretch between Spain and Africa that makes a perfect natural wind passage. The quality winds and the superlative southern Spanish temperatures mean that wind sports enthusiasts make the pilgrimage to Tarifa throughout the year.

There are many routes that run along the Pyrenees; however, the most recognizable route is the GR11. Running from west to east, the GR11 starts at a town called Cape Higuer in the Basque Country and crosses Navarre and Aragon before ending up at Cap de Creus in Catalonia. With high peaks and steep terrains, this trail is not for the physically weak; on average it takes 44 days for a fit, healthy hiker to walk the GR11.

In Spain, you are sure to find some highly regarded whitewater rafting locations, including Galicia, Murcia, and Valencia. However, the Noguera Pallaresa River in the Pyrenees has the best volume of water and a fantastic range of canyons. The rafting trails are measured by degree of difficulty from class one to six (the most difficult being six). The best time to go is in the spring when the water level is high and the rapids can reach class five. 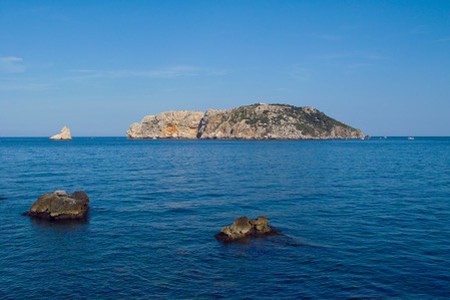 Scuba Diving Around The Medes Islands

The Costa Brava has some of the best diving locations in Spain, in particular the Medes Islands, which are easy to reach from L’Estartit. The stretch of water that runs between this small group of seven islets is a marine reserve, home to a vast wealth of marine wildlife. Because of its strict regulations, the Medes Islands remain untouched. Alternatively, the Balearic Islands, made up of Mallorca, Menorca, Ibiza and Formentera have great dive locations such as shipwrecks, underwater caves, and marine reserves. The area is also known for its warm waters and good visibility.