In Slovakia’s capital city, Dobre & Dobré (Well & Good) Cafe employs a diverse mixture of people, including some who are currently homeless, who work together to provide outstanding customer service in a beautiful historic building. The cafe is owned by Vagus, a non-governmental organization which also operates a day center and runs various projects on the streets of Bratislava to help homeless people gain the skills and confidence necessary to begin transitioning out of life on the streets.

Sergej Kára, project manager for Vagus, is proud of the work the cafe is doing, “In our cafe, we are destroying the prejudices of ordinary people based on their personal experiences. There are tens of thousands of customers coming to us every year who see homeless people in a different light, and that is very important to us,” he says. 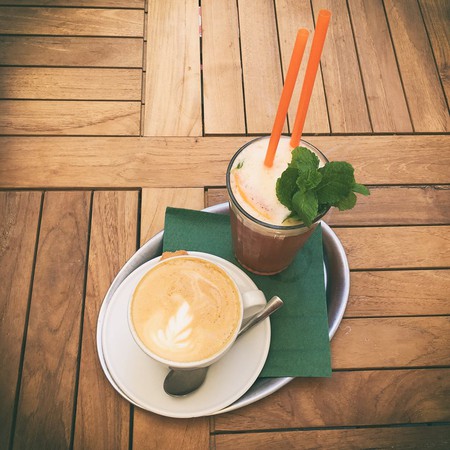 Dobre & Dobré provides customers with beautifully crafted coffees, teas, and much more, always served in style in the heart of Bratislava. | ©Dobre&Dobré/Facebook

According to census estimates and local organizations, there are about 5,000 homeless people currently living on the streets of Bratislava. Kára says there is a huge disparity between the 5,000 currently homeless people and the local shelter capacity of approximately 500 beds. “Integration projects like ours do not exist or are minimal. There are no prevention projects at all. So the answer is unambiguous – local and state government does not address this issue and feels that it does not exist,” he explains.

The Slovak Spectator, Slovakia’s only English-language newspaper commented on the results of the November 2016 census. The census found an alarming number of homeless people residing in Ružinov, one of Bratislava’s residential areas and an area adjacent to Staré Mesto (Old Town) where Dobre & Dobré is located. “Ružinov has the largest number of homeless among Bratislava’s boroughs, one in every five, as showed the results from the historically first census of the homeless from autumn of last year,” reported an April 2017 article.

In a city with a population of 427,000, a homeless population of 5,000 is alarming. Organizations like Vagus are trying to find long term solutions to reduce the number of people on the streets. One of the major problems for homeless people which Vagus identified is “that regular employers do not want to employ them for various reasons, even though homeless people are motivated. If they fail to gain employment then their debts grow, they lose social skills and at some point lose the chance to live a valuable life,” says Kára.

Vagus decided to launch Dobre & Dobré in 2014 in order to “create job opportunities for homeless people to pay off their debts, get regular income, find commonplace housing and, above all, get new work experience to work in a normal job,” explains Kára. A primary goal of the cafe is also to disprove the prejudice that homeless people do not want to work. The hiring process for Dobre & Dobré begins at the Vagus day center, where homeless people have the opportunity to apply and undergo a regular job interview.

“If they are successful, they have to complete a three-month training program during which we pay for their accommodation. For three months, they have a number of practical education courses about cafe work. The most important part, however, is social and psychological training, which helps homeless people to deal with all the traumas and problems they have experienced in their lives, and thus, with a pure mind, they are able to start a new way of life,” says Kára. 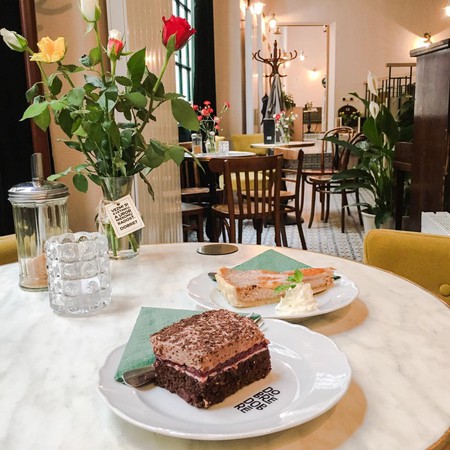 Dobre & Dobré is open from a Monday to Saturday from 9:30am until midnight, and on Sunday from 11am to midnight. “Every day in our cafe professional staff work together with our homeless employees, but we no longer say homeless but “on the way out of street”. This is one of our other ideas – to combine employees to inspire and motivate each other. At the same time, our waiters have the same dresscode, so customers often have to think that who is who and that’s good, so we wanted it – to work and fight with prejudices,” explains Kára.

Formerly homeless people who have had the opportunity to work in the cafe say that it has changed their life in many ways. “I enjoy working with people, but when I lived on the streets ordinary people were avoiding me. Today they are waiting for me to come and serve them, and I really enjoy it,” says Jano, 54, who lived on the streets for five years and worked at Dobre & Dobré.

Even though Dobre & Dobré employs homeless people and is run by a nongovernmental organization, Vagus does not want customers to visit their cafe only to show support for their mission. “That’s why we place the emphasis on the excellent service, the local assortment of delicious beverages and foods in a beautiful historic building. You will find a variety of specialties that are typical for Bratislava and you will not feel like you are sitting in any hipster bar that looks the same way all over the world,” comments Kára. 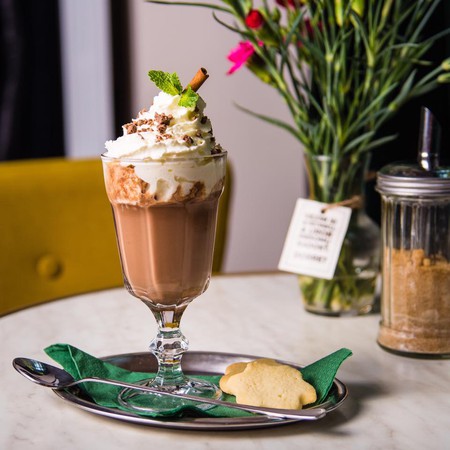 Hot chocolate at Dobre & Dobré is delicious and pretty. | ©Dobre&Dobré/Facebook

In less than three years of operating the cafe, Vagus has employed nine different homeless people for the long term. Each of their stories is different, but Kara offered an inspiring story about a young man as an example of the impact the cafe is having. “We employed a young guy who grew up in a orphanage and never saw his parents. When he was 18, he suddenly found himself in the current world. He did not know how to find a job, a home, or a relationship. He lost himself in this new world. A few times he stole something small and found himself in prison. He spent several years there, and it did not help in any way. After he was released from prison, he found himself on the street. He had huge debts and no chance to apply for a job. We started working with him and today he is employed in normal work, he has repaid all the debts and he has a rented flat,” says Kára. 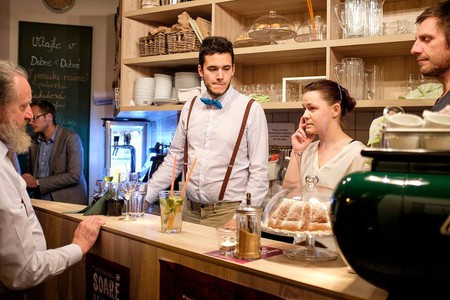 The staff at Dobre & Dobré is a mix of previously homeless and regular employees. You won't be able to tell which is which - and that's the point. | ©Dobre&Dobré/Facebook

Impact on the local community

Dobre & Dobré guarantees a job for 12 months to employees on their way out of the streets. During this time, employees regularly visit with their social workers in order to work on finding a new job with a regular employers. “But we are not robots, so 12 months is only a guideline and we always adapt to the needs and capabilities of the individual. Some of them have been working longer, some shorter. However, the goal is clear, finding a job in common work in the last months of work in Dobre & Dobré,” explains Kára.

After working at Dobre & Dobré, formerly homeless employees have found jobs in other bars, restaurants, general customer service, and construction. Vagus continues to provide support to former employers through social workers who continue to follow up with them as they transition into their new jobs and responsibilities. Fedor, a former employee at Dobre & Dobré, explained how his employment in the cafe helped him to reintegrate back into the work force, “Two years ago, I thought they would not employ me anymore. Today, thanks to Dobre & Dobré I have my own rental and stable work in a grocery shop.”

Vagus believes that their cafe model is replicable and could be successful in other big cities. “We try to pass on our good practice to various other organizations working with socially excluded people in Slovakia and abroad,” explains Kára. The cafe is an outstanding example of a socially conscious business model which is enhancing the lives of regular and homeless people simultaneously. If you’re traveling to Bratislava, make sure to pay Dobre & Dobré a visit to enjoy the relaxing atmosphere and sample some of the best homemade cakes in the city center. 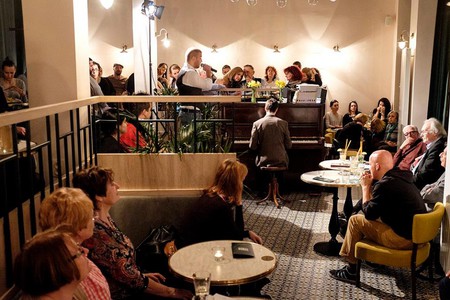