Create Your own Story With Slovak Photographer Martin Kollar 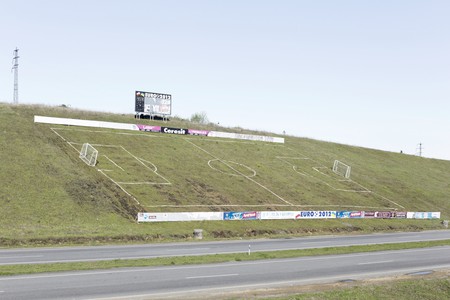 Slovak-born photographer and cinematographer Martin Kollar‘s recent work Provisional Arrangement was shown in the renowned Musée de l’Elysée in Lausanne, Switzerland. The series portrays settings and scenarios which Kollar says spark curiosity in the viewer. “There is a little hole you need to fill, a missing bit, so you must try to fill the gap,” he explains. Here’s everything you need to know about Kollar and his ‘create your own story’ ethos.

Create your own story

The Provisional Arrangement series features photographs which show scenes that are not fully finished. Kollar says there are small hints and clues in each of his photographs which help people to put together their own story about each image. “This is your story, you can fill it in how you want,” he elaborates. The photographer explains that the reason why each image leaves something to the imagination is that “When something is done and finished, you have no reason to look at the picture anymore”.

Kollar purposefully does not include captions or detailed information about each photo, saying that if he did, “I would ruin the raw magic of the work”. Instead, he provides “small information to make your own story”, and encourages creativity from viewers. This open interpretation might frustrate some people, while others may find that it keeps Kollar’s work fresh and inviting. Viewers are able to revisit Kollar’s photos again and again and notice new details, new information which can add to or edit the story unique to each person.

Kollar speaks like an ambassador for creative, critical, and independent thinking. “I don’t really have to say more about that, it is up to you how you choose to handle this picture,” he says. 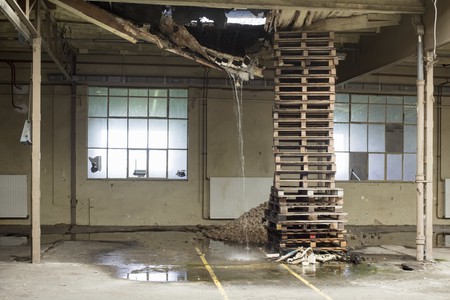 “When something is done and finished, you have no reason to look at the picture anymore,” says Kollar. | © Provisional Arrangements, Martin Kollar.

Kollar was born in Zilina and lived there until he was 18. The Velvet Revolution took place just as Kollar was finishing secondary school, so he was a part of the first generation to study at arts schools since the fall of Communism. The directors Kollar worked with in the early 1990s impressed him with their creativity and intelligence, and he still collaborates with several Academy of Performing Arts faculty members in Bratislava to this day.

In 2004, when Kollar was 33 years old, he left Slovakia and spent some 10 years living abroad. As an artist, his reasoning was to “have a look at how things work in other places.” He spent ten years exploring and creating art in large cities such as Paris and Tel Aviv. When he returned permanently to Slovakia in 2014, he said his experiences added to and enhanced his perspective of his home country. “When you come back after being away, you can see things very clearly. You can step back and ask yourself what is this?” he explains.

Kollar feels privileged to be a working artist in a country which has changed a lot at a fast pace since the fall of the Communist regime in 1990, saying that “It’s a gift that we are living through many different moments”. What he especially likes about artistic traditions in Slovakia is that they are often so young and new that they are not rigid and set; instead “there’s more flexibility here, you can bend the rules a bit”. 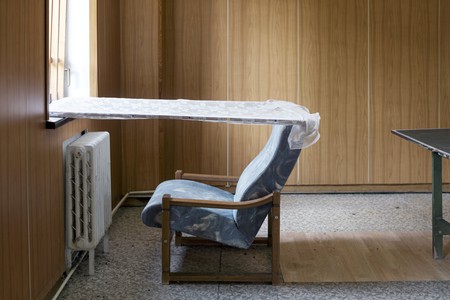 Each of Kollar's photos forces the viewer to make up their own story. | © Provisional Arrangements, Martin Kollar.

About 15 years ago, Kollar shot a series of photographs titled Nothing Special about what people do when they have no need to occupy their time. These photos were shot in public places, when people often didn’t realize that they were being observed. He is now working on a second chapter of these observational photos, this time focused on institutions. He has visited the Institute for Hydrology and observed models of dams. He has been to the astronomy observation decks in the High Tatras, speaking to the interesting scientists who work there. He recently visited the Institute for Potatoes, a unique agricultural initiative which does research and makes recommendations for how to adjust potato farming to local standards.

His work on this series is taking him all over the country, visiting various institutions and taking observational photographs of the work which is being done there. Kollar constantly imagines how each individual shot will contribute to the final project. “What I really enjoy about photography is the idea of working on the individual image as well as the total book of images or story,” he explains.

He is quick to point out that his idea of photographing institutions in varying states of functionality and funding is just a starting point, and it could evolve or change as the project grows. His idea is to publish another book with these images, but that will only happen “when I have the feeling that is is done,” he says. Just like his country and the institutions in it, Kollar’s work is in a constant state of change, constantly growing and becoming something more. 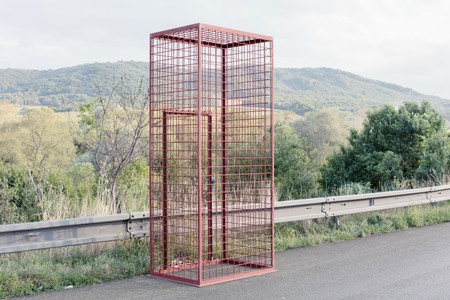 “I come from nowhere,” world famous artist Andy Warhol, whose parents were Slovak, once said. Kollar says he identifies with Warhol’s statement because “Not many people know about it so you can discover anything”, he elaborates. Slovakia is often considered an off-the-beaten path tourist destination and Kollar appreciates that there’s so much mystery surrounding almost everything east of Bratislava. “What is nice about Slovakia is that there is so much unknown and untouched in general for almost everyone”, he explains. 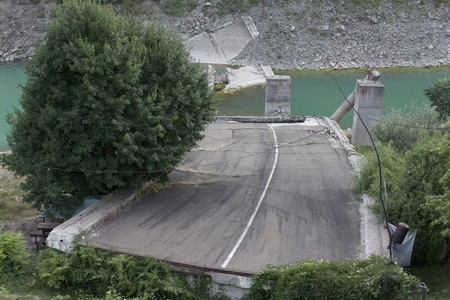 This year, Kollar was awarded a stipend from a fund which supports the development of art projects in Slovakia. He is currently living and working out of Bratislava. He loves living in Bratislava because “in 25 minutes you can bike out of Bratislava and find a lake without any people, hidden in the forest. If you want a bigger city, Vienna is only about 40 minutes by car”, he says. “You have everything that you need,” he adds.

Living in Bratislava has also helped to boost his creativity. “When I lived in big cities, I had the feeling that I just consumed the work of other artists. When I’m here I feel more insulated, and I feel a stronger need to produce something of my own”, Kollar explains. When asked about what makes Slovakia his home, Kollar says “It’s not so much about the place but about the people. People around me make this my home”.

Kollar released 5. Október, a silent film about his brother, to much acclaim at the International Film Festival Rotterdam in early 2016. As he continues to work on his series of photos at institutes across Slovakia, he is also working on two more films which are observation-based. He might have come from nowhere, but Kollar is sharing his thought-provoking photography and films on a worldwide stage. 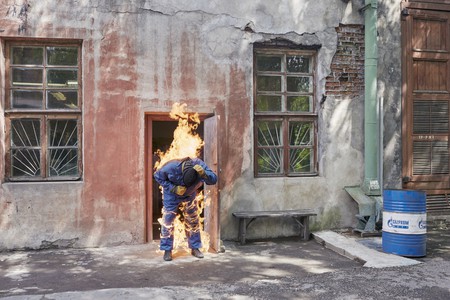