Fairytale Castles in Slovakia to Book For the Perfect Wedding 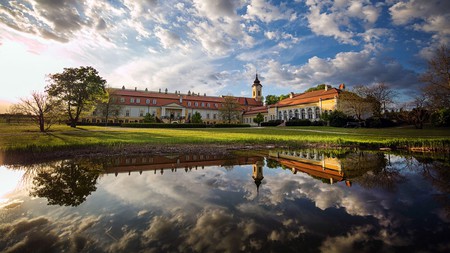 Slovakia has one of the highest numbers of castles per capita in the world, despite its compact size. While many lie in ruins as the result of war, occupation and revolution, a handful have been restored to their former glory. Tie the knot inside one of these majestic Slovakia castles, from Bratislava to Zvolen, perfect for a fairytale destination wedding.

Château Béla for a romantic union in southern Slovakia 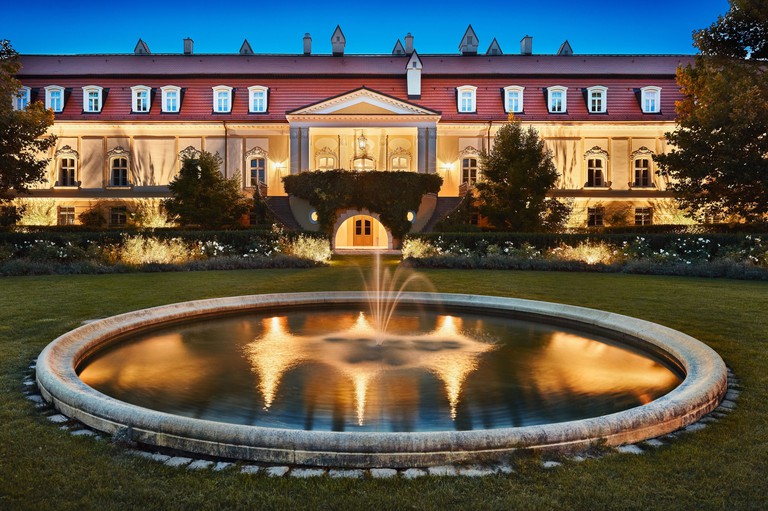 Courtesy of Château Béla / Expedia
Imagine riding on a stately horse to greet your guests on your wedding day and exchanging your vows in the 16th-century onsite church. All this can become a reality at the grand Château Béla, which is regularly recognised as one of the most romantic hotels by the Heritage Hotels of Europe association. Dine under the gilded, chandelier-decked dining room with wine from the hotel vineyard. Spend your first night as a married couple in the Honeymoon Suite overlooking the rolling estate grounds.

The Grand Viglas Hotel for a hilltop castle near Zvolen 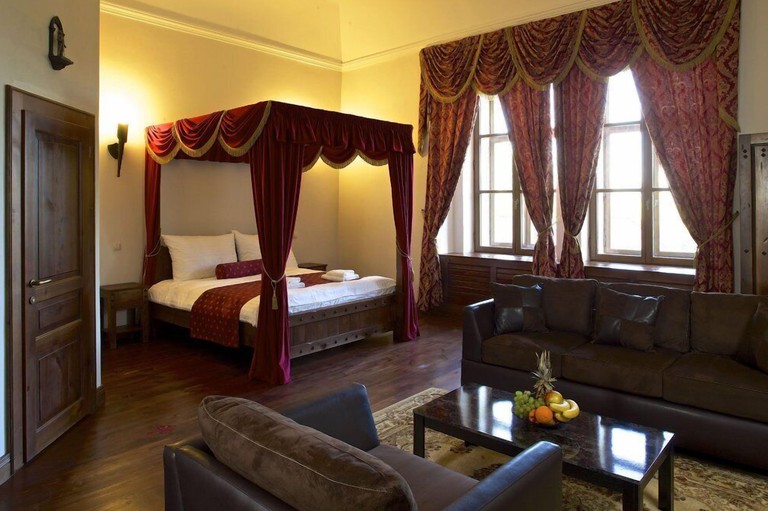 Courtesy of The Grand Viglas Hotel / Expedia
Love history? Walk down the aisle in a castle dating back to the Middle Ages. Choose between the gothic chapel for a religious ceremony or say “I do” in the large Knight’s Hall, adorned with armour and weaponry from the past. The reception can be held either in the romantic atmosphere of Restaurant AnjouCourt or in the modern Congress hall of King Sigismund of Luxembourg, primed for dancing ‘til dawn. 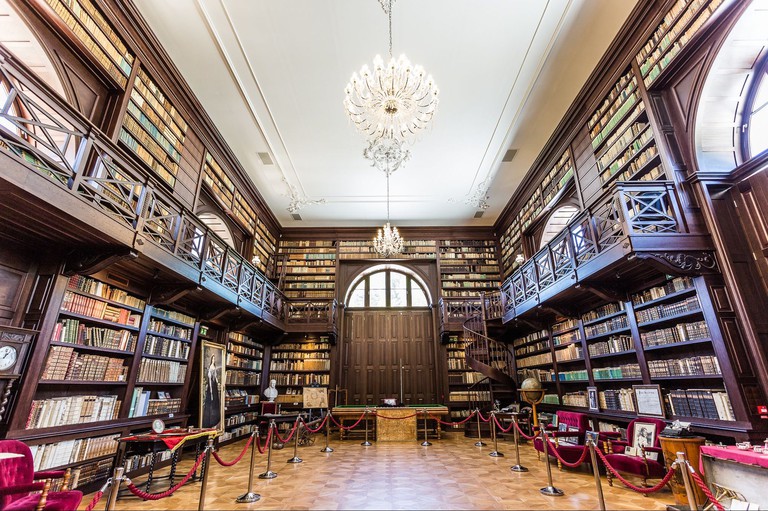 Courtesy of Chateau Appony / Expedia
Once the home of the Hungarian noble Apponyi family, this grand mansion is now an elegant four-star hotel. Hold the ceremony under the ancient trees on the grounds or celebrate the big day in the chandelier-decked Wedding Hall. Alternatively, hold an intimate affair in the Carriage House which comes with a cosy fireplace for those cold winter nights. Either way, Chateau Appony will feel like your own private country manor for the weekend. 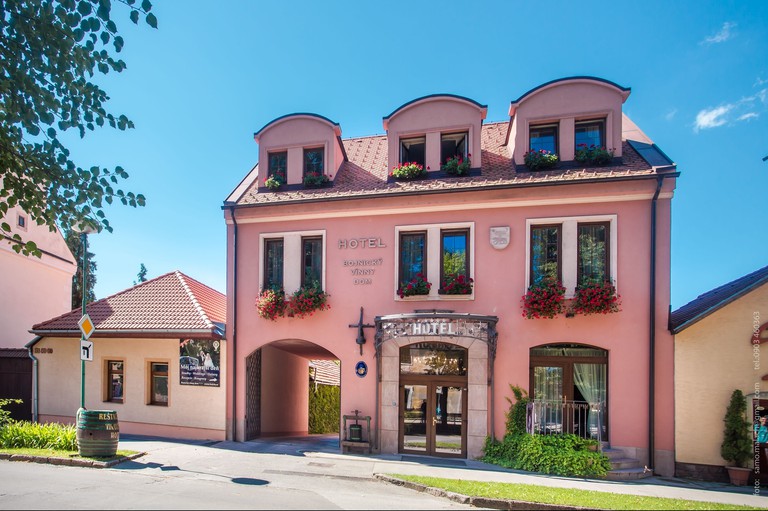 Courtesy of Hotel Bojnický Vinny Dom / Expedia
Family-run Hotel Bojnicky Vinny Dom is a great place to stay while hosting your wedding at nearby Bojnice Castle. With its teal turrets and whitewashed walls, it looks like a castle from a children’s storybook. Feel like royalty dining under the gilded angel ceiling of the Golden Hall and take those all-important wedding photos by the moat. Afterwards, retreat back to the wedding suite at Hotel Bojnický Vinny Dom – it boasts a postcard view of the fortress through the sash windows.

Belassi Hotel & Restaurant for a low-key affair near Bojnice Castle 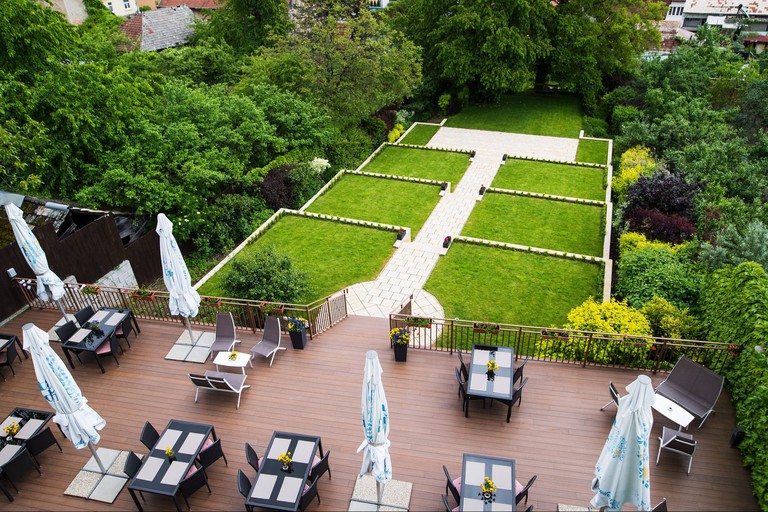 Courtesy of Belassi Hotel & Restaurant / Expedia | Courtesy of Belassi Hotel & Restaurant / Expedia
Book the Belassi Hotel as your place to stay while celebrating your nuptials at nearby Bojnice Castle. Reserve rooms for the whole family and tuck into a hearty breakfast together after the big day (it’s included in the nightly fee). Alternatively, if you are after an informal wedding but still with the fairytale backdrop, tie the knot in the landscaped garden of the hotel itself.

Hotel Zochova Chata for a mountain retreat near Červený Kameň 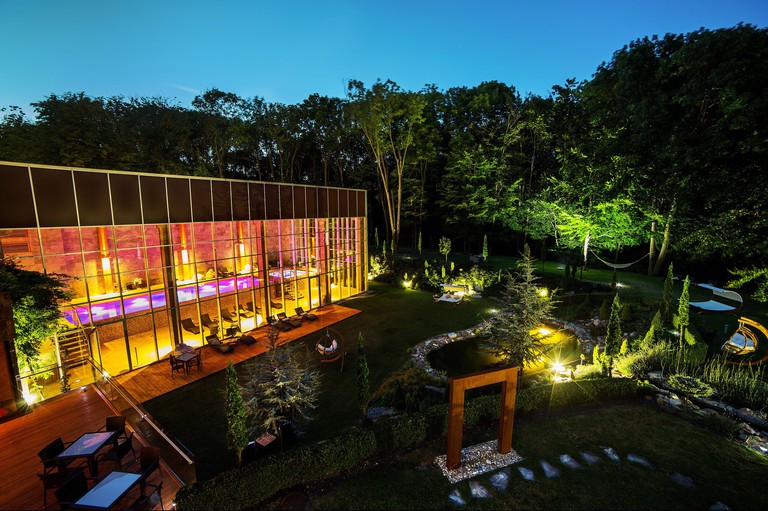 Courtesy of Hotel Zochova Chata / Expedia
Wed your sweetheart inside the 700-year-old Červený Kameň castle in the heart of the Carpathian mountains. The elegant ceremonial halls are decked out with renaissance architecture and period furnishings for a truly traditional gathering. Stay at nearby Hotel Zochova Chata, a contemporary four-star hotel that boasts an indoor pool and luxury spa. During the summer, hike the nearby trails. Come winter, watch the snow fall as you soak in the outdoor hot tub and sauna.

Hotel Elizabeth for a four-star stay near Trencin Castle 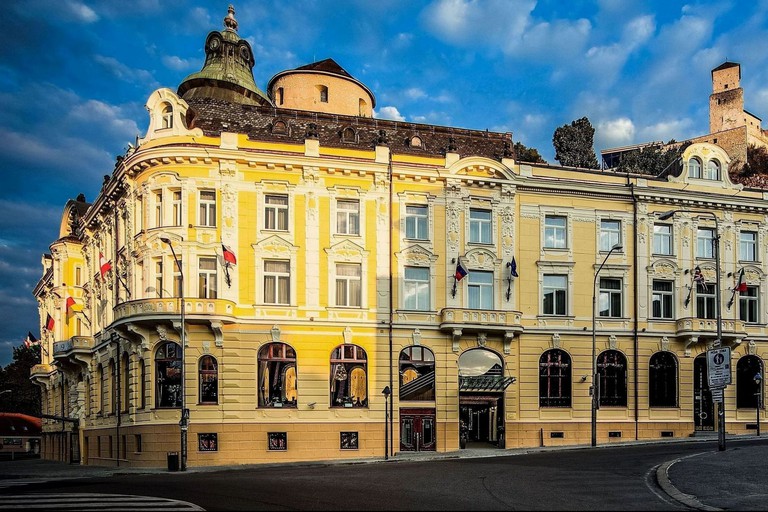 Courtesy of Hotel Elizabeth / Expedia
The historic Hotel Elizabeth Trencin sits right at the foot of Trencin Castle, one of the most idyllic wedding venues in western Slovakia. Say your vows surrounded by ancient tapestries and armoury in the stone-walled Dela Bastion, then continue the party in art nouveau luxury at the hotel. Dine on artfully plated cuisine served in the Elizabeth Restaurant before hot-footing to the dancefloor, surrounded by your nearest and dearest. 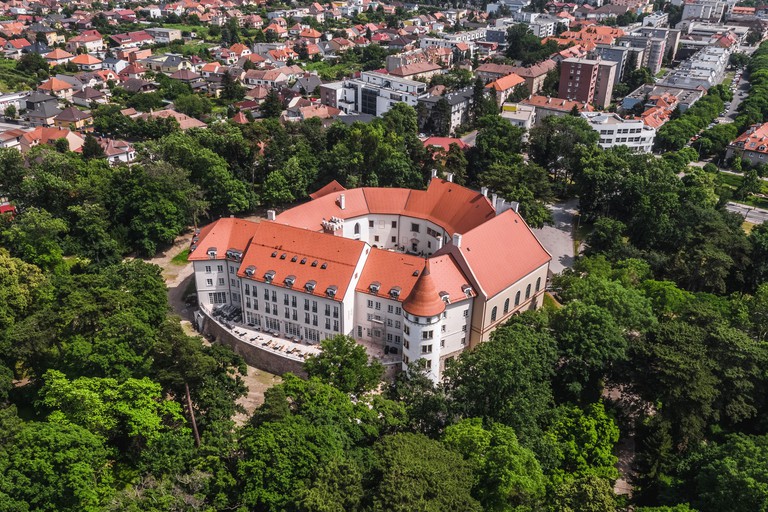 Courtesy of Palace Art Hotel Pezinok / Expedia
Palace Art Hotel is in Chateau Pezinok, a castle with 800 years of history within easy reach of the capital Bratislava, overlooking the town of Pezinok. The St. Francis of Assisi Chapel in the castle can be prepared for both religious and civil ceremonies, or exchange vows in the castle courtyard if you have a particularly large guest list. Sip champagne and feast on the wedding breakfast in the fairytale Knight’s Hall, complete with floor-to-ceiling sash windows and an embossed ceiling.

This is a rewrite of an article originally by Taylor Geiger.