10 Traditional Slovak Dishes You Must Try 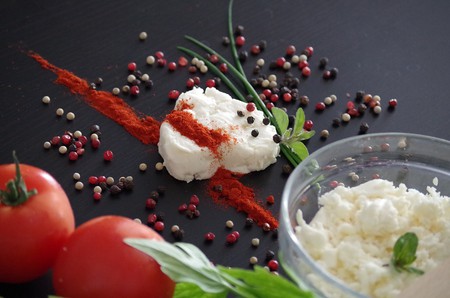 Bryndza cheese is a highlight in many Slovak dishes | © Ajale/Pixabay

Slovakia enjoys a prime location in Central Europe, surrounded by Hungary, Austria, the Czech Republic, Poland and Ukraine. Historically, Slovakia was part of the Austro-Hungarian Empire and was later joined with the Czech Republic as Czechoslovakia. Because of Slovakia’s central location and complex history, many Slovak dishes also exist in the surrounding countries, but Slovaks have added their own special twist to their local cuisine. While you can get dumplings in any Central European country, you can only find true bryndzové halušky in one place: Slovakia. So, bon appétit, or Dobrú chuť!

This is Slovakia’s national dish – so if you can only try one Slovak food, make it this one! Bryndzové refers to the high-quality, creamy, soft, locally produced sheep’s cheese that is unique to Slovakia. Although this type of cheese is also produced in neighbouring countries, each has its own special recipe, and Slovaks are especially proud of theirs. The cheese is served on top of halušky, or potato dumplings, which are very similar to Italian gnocchi. Finally, to create the best possible combination, pieces of smoked bacon and sausage can be sprinkled on top.

Bryndza cheese makes another appearance in Slovakia’s take on a Polish classic – the pierogi. Slovaks stuff these potato dumplings with bryndza cheese, then slather sour cream on top, and finish it off again with pieces of fried bacon. This dish is often accompanied by a glass of žinčica, sour sheep’s milk. With a tangy fermented taste, it’s not for everyone, but it’s definitely worth a try!

Cabbage soup makes an appearance at every traditional Christmas dinner, but is also enjoyed year round as an appetiser before the main meal. Sauerkraut is mixed into a creamy base with boiled potatoes, mushrooms, chopped ham, paprika, black pepper and garlic. The soup is served warm, and when eaten with freshly baked bread it is very filling.

Stewed cabbage accompanies soft pieces of pork covered in garlic next to knedle, or bread dumplings, for this Slovak classic. Knedle is a different type of dumpling – it looks similar to a loaf of bread. You are often served four or five pieces with your pork. The dumpling is very soft and delicate, and it absorbs the juicy flavours from the meat and garlic, making it irresistible!

Here’s another food that takes on a variety of modifications in many Central and Eastern European countries. In Slovakia, it usually consists of beef, onions, potatoes, peppers, tomatoes, garlic and a spice mixture. This food is very popular at sporting events and is often cooked in a cauldron over an open fire. You can find goulash soup next to the courts at a tennis tournament, or at the finish line of a 5K race. The intoxicating smell lures you in as the soup cooks for several hours.

Allow the inner child in you to shine through as you enjoy this thoroughly unhealthy but thoroughly delicious treat. The only way to eat this dish is accompanied by a velký pivo (large beer), or perhaps even two. It’s the perfect food after spending hours paddling down the Hron river or descending a challenging trail in the Tatras. The type of cheese used is typically Edam, and pickles are often served to accompany this dish.

Just as in Austria, you will find different varieties of schnitzel on the menu at almost every restaurant. A thin slice of pork is first tenderised and then fried with breadcrumbs. A mayonnaise-based potato salad is often served as a side dish. If you want to take your schnitzel experience up a notch, order bačovský rezeň, which is schnitzel topped with ham and melted cheese.

These are often given to schoolchildren as an after-school snack, but they are also served as a side dish or an accompaniment to soup. The best potato pancakes are fried in good quality oil and are crunchy on the outside but gooey on the inside. They should be eaten warm with sour cream, kefir or soured milk.

Funnel cakes are amazing in winter, served warm at a Christmas market with a mug of mulled wine. The sugar and cinnamon melt delicately in your mouth, and the cake gives you the energy you need to spend hours exploring. But Slovaks have recently adapted the funnel cake to include a summer variety – one that is served with vanilla ice cream stuffed inside. Now you can enjoy this traditional Slovak dessert year-round!

Slovenske palacinky are thin crêpes with all sorts of lovely fillings. They melt in your mouth when served warm and layered with home-made apricot jam. Strawberry jam, hazelnut spread, powdered sugar and cinnamon are other popular accompaniments. It’s the perfect way to end a meal.