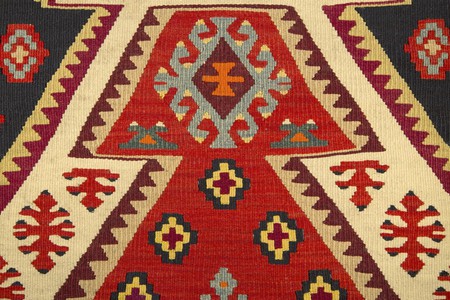 As much a sign of genuine affluence as a cultural heritage product centuries old, the tapestry-woven rugs of Pirot are an iconic example of the creativity of the women of southeastern Serbia. Like many great traditions it is under threat, with the lure of the city drawing the youth from the villages. But the past can’t be altered, and this is the proud history of Serbia’s Pirot rugs.

And ‘history’ is absolutely the right word. The first mention of these magnificent rugs comes from the Middle Ages, with concrete talk of the products coming in 1565. The carpets were spoken about as being Serbia’s finest product, the true pride of this most proud of nations. The Ottoman occupation and general desire for the presumed exoticism of the Orient meant people often referred to them as ‘Turkish rugs’. Make no mistake about it – they weren’t.

The importance of geography

Almost everywhere in this part of the word likes to refer to itself as a place where ‘East meets West’ in both geographical and historical terms, and the little town of Pirot is no different. Less than 40,000 people live in this southeastern corner of the country today, but the town of Krastyo Krastev was once a hugely important stop on the highway from Europe through to Constantinople (Istanbul).

The city passed through the hands of the usual conquerers over the centuries, with the Serbs being expelled by the Byzantines in the late 12th century. Pirot was a historical part of Bulgarian state, before the Ottoman Empire swanned in and put a stop to that. Pirot was tossed between Austria and Turkey in hot potato style many times, repeatedly being burned to the ground, before Serbia eventually took control in 1878.

Zavoj Lake is a short drive away from the town, and Pirot is also home to a 14th-century fortress that is today considered a Monument of Culture of Great Importance and is thus protected by the state. Ask anyone what they know about Pirot however, and ‘fortress’ will not be the answer. This is well and truly carpet town. 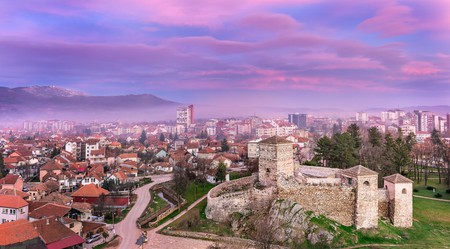 What is so special about rugs from Pirot? Those entirely ambivalent to carpets will be none the wiser, but it doesn’t take an expert to be impressed by the intricate designs and immense skill displayed by a finished Pirot carpet (Pirotski ćilim in Serbian). The daring geometric patterns create a distinct identity, one that has graced the walls and floors of the affluent for centuries.

Making a Pirotski ćilim is no easy task, and it certainly isn’t one that can be left to a machine. It takes years of practice, dedication and skill, with many artists starting their training when they are just 10 years old. It only takes one mistake to see the whole thing destroyed (the potential carpet, not the artist). Making a Pirot rug is a true example of all or nothing. Every carpet tells its own story, but not every carpet makes it to the end of its own tale. 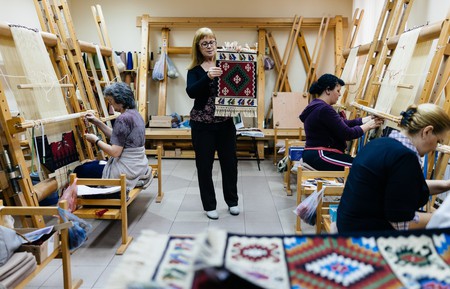 Like many traditional crafts in the Balkans, this form of artistry struggled in the face of rampant globalisation and the mass migration of young people into cities like Belgrade, Novi Sad and Niš. Pirot rug makers became an endangered species, but the 21st century has seen the Serbian state take moves to save the art form. The rugs have been used for state ceremonies since 2011, and the Belgrade-based Damsko Srce (Lady’s Heart) organisation has received support in its quest to keep the skill alive. The group aims to bring the carpets back to the world market, but keeping it alive at a grassroots level may be its most important ambition.

The pride of Pirot

No matter how perilous the present and future may seem, these carpets have been the pride of Pirot for centuries. Practically every house in the small town will have one within its walls somewhere, maybe even adorning those walls or lovingly placed in the centre of a social room. The rugs can only be genuine if made in Pirot, and the people of the town aren’t slow to make sure that is known. There have been many fakes and many pretenders, but nothing beats the original.

Where to buy a Pirot rug?

Unfortunately, getting your hands on a legitimate Pirot rug isn’t the easiest thing in the world. There are plenty of rugs on sale in Belgrade, but you are just as likely to find a fake as a you are a genuine carpet. Do your research and be sure to check the origins of the carpet before committing to a purchase. If you see a mass of the things that should ring some alarm bells, as Pirot rugs aren’t made for industrial production.

Antique shops are surprisingly common in the Balkans, but not many make quite as strong an impression as DUB. Located in the immediate vicinity of Skadarlija, the shop is a timeless accompaniment to what is considered to be Belgrade’s Bohemian Quarter. You can get everything from accessories to old postcards here, as well as lighting and no small amount of vintage clothing.

Your best bet is still to head to the source. Pirot is a fascinating town, and one that presents a slightly different ethnic and cultural mix to the rest of the country. Serbia’s inefficient public transport means direct buses and trains are hit and miss, but the drive between Belgrade and Pirot is a pleasant three-hour sojourn south. Be sure to pick up your rug before it’s too late.