The 7 Most Beautiful Caves in Serbia 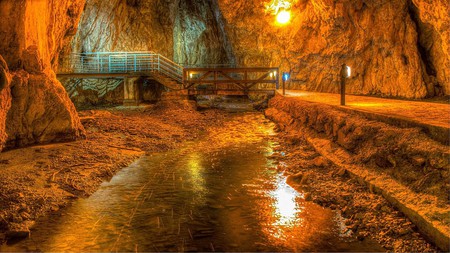 Serbia is a truly beautiful country. Its mountains, valleys and rivers demand attention, but what if we told you that some of the country’s most incredible sights were lurking underground? Caving might not be for everyone, but the channels under Serbia offer something for all.

We know all about the national parks and unreasonably attractive people that are found in Serbia, but what about its magnificent array of caves? It is only a matter of time before the world catches on to Serbia’s incredible roster of underground lakes, waterfalls and the rest.

Also known as the ‘Smoke Cave’, Kađenica is as unique an underground construction as you are likely to find. This isn’t a cave in the traditional touristic sense, but the church found underground near Čačak is one of the most affecting attractions in the entire country. This was the sight of yet another Ottoman massacre in the 19th century, as the marauding Turks burnt out those who took refuge in the cave. 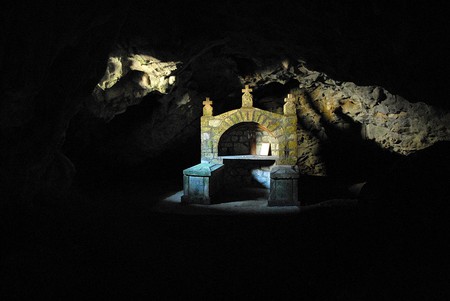 You need to start somewhere, and Resava is where cave tourism began in Serbia. Found not too far from the delightful little town of Despotovac, it was discovered in 1962 and opened to visitors a decade later, going from strength to strength ever since. The cave holds within its walls a typically tragic Serbian tale of romance, as a stalactite and stalagmite edge ever closer to that elusive first kiss, a kiss that will take a millennium to happen. This is one of the most developed cave systems in the country, first kiss or not. 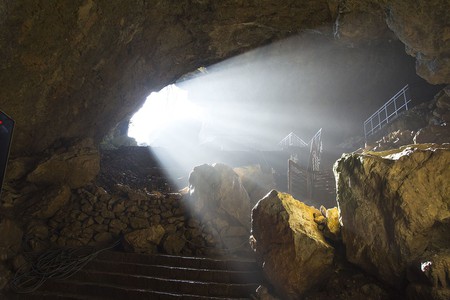 The light at the end of the tunnel at Resavska Cave, Serbia | © DjordjeMarkovic / WikiMedia Commons

It might look fairly insipid, but the entrance to Ceje Cave near Niš represents the beginning of the longest cave in the country. The cave is still too fragile to accept visitors, although plans have been in place to change that status since 2013. Other than its length, it is best known for the so-called Cave roses, formations that aren’t found anywhere else in the Balkans.

Whenever a natural attraction is named after a historical individual as opposed to its location, you know there is a story waiting to be told. Rajko’s Cave is named after a 19th century individual called Rajko (obviously), a man who ran a shop by day and robbed the Turkish bandits at night. Rajko hid the treasure in this cave, a mass of riches that was eventually discovered by Jovan Cvijić in 1894. This two-level cave is one of the most fascinating in the country, but don’t expect find a mass of riches down here. 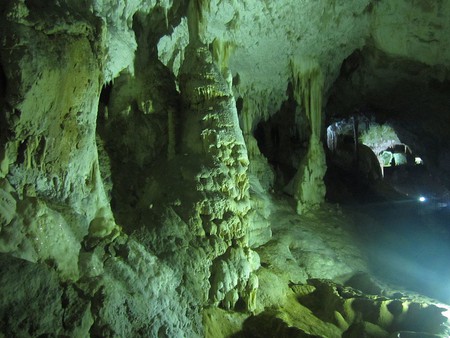 Located in the east of the Serbia we find Ceremošnja, a small cave named after the nearest village. This is one of the smallest caves in the country, but that relative lack of size has only enhanced its beauty and made it one of the most active in Serbia. The remains of a cave bear are also found at Ceremošnja, although it might not be wise to remind oneself of a bear while deep underground.

Once one of the most popular caves in the country, Petnica has fallen behind newer discoveries mostly due to its history and lack of development. It was discovered in the 19th century, and by the time the networks of Resava and Ceremošnja were found the game was up. It is still a great day trip from nearby Valjevo, offering the earliest evidence of life in this part of the world. 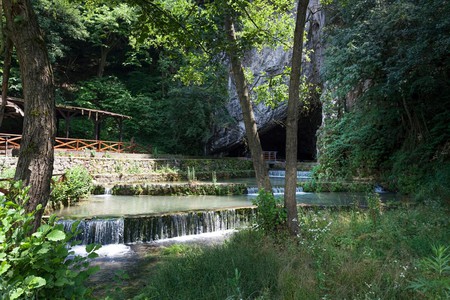 Undoubtedly one of the most popular caves in Serbia, Stopića ups the ante somewhat by having a river (of sorts) run right through its heart. This makes it a little difficult to explore on foot, but every passing year sees extra development and progress for tourists heading to this spot near Zlatibor. The cave is full of unusual natural phenomena, making it a must-visit for anyone interested in what lurks underground. 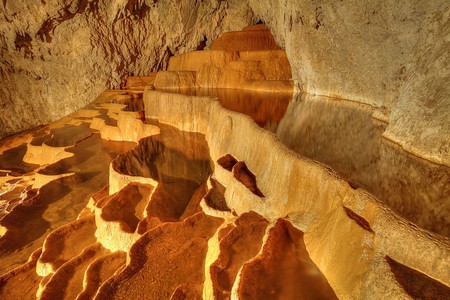