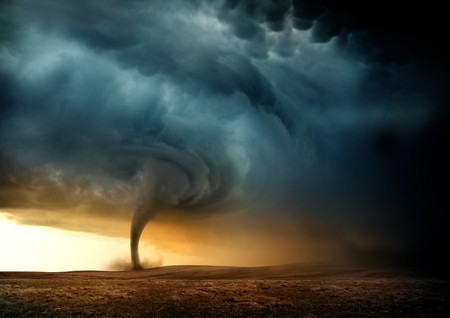 We’ve all been there. ‘Are we gonna be hit by lighting?’ ‘Are we gonna crash?’ Awful questions we normally ask ourselves, but ‘Are we gonna stumble into three giant tornadoes?’ That’s something to tell the family, surely.

Just the other day, a plane flying dangerously close to a group of tornadoes was filmed by an unsuspecting videographer, whilst admiring the massive expanse of the Black Sea.

Shot as the plane approached the city of Sochi, which is right next to the picturesque Black Sea, the dramatic video was posted on Instagram.

But it wasn’t just captured on the ground. Petrified passengers also filmed onboard their flights as they were landing into the city’s airport on Tuesday.

Up along the coast, local newspapers reported a total of 12 twisters billowing over the Black Sea.

We don’t about you, but not everything’s worth a ‘gram.

Want more news? This website will pay you to book other people’s flights!