A Tour Around Russia's Golden Ring

If you’re after rural nature, gleaming Orthodox church domes, and wooden houses that look like something out of a fairy tale, then get planning a trip to Russia’s Golden Ring. Here’s everything you need to know about one of the country’s most popular tourist trails.

Back in 1967 the newspaper Sovetskaya Kultura (‘Soviet Culture’) commissioned art historian Yuri Bychkov to write a travel feature about the towns of the Vladimirskaya region. On his way back Yuri chose not go the same way, but instead to drive via Yaroslavl. This spontaneous road trip resulted in a number of articles published by Sovetskaya Kultura under a series entitled ‘Golden Ring’ – leading to the now-famous tourist trail of eight towns adopting its moniker. 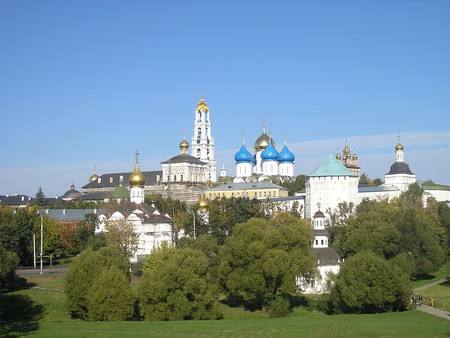 Where does it cover?

The Golden Ring comprises eight small historical towns north-east of Moscow, which are all living pageants of Russia’s history. Unlike Moscow and St Petersburg, these are quiet dreamy places with almost untouched countryside. All these towns are home to well-preserved pieces of Russian architecture, created between the 12th and 18th centuries.

Though Russian authorities are thinking of expanding the Golden Ring by including other significant historical towns in the area, the Golden Ring trail as it stands includes the following eight cities: Sergiyev Posad, Pereslavl-Zalessky, Rostov Veliky, Yaroslavl, Kostroma, Ivanovo, Suzdal, Vladimir.

To see the towns of the Golden Ring, you can always choose from a variety of bus tours, or get to any of them by train or bus. However, it’s best to travel by car – in which case you can explore the towns properly and at your own pace. 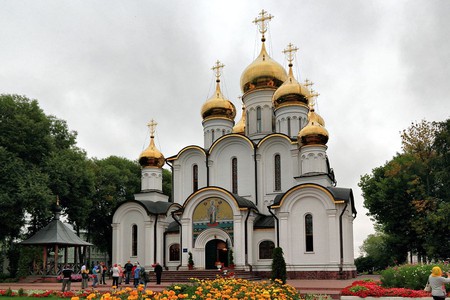 Sergiyev Posad is the only city in the Moscow region that is on the Golden Ring. It is rich with historic and cultural heritage, as well as boasting a small town charm. The town’s main attraction is the Trinity Lavra of St. Sergius, which is home to almost fifty ancient white-stone buildings, and has enough to keep you busy for days.

Beautifully located on Lake Pleshcheevo, Pereslavl-Zalessky is home to the Transfiguration Cathedral, where Prince Alexander Nevsky was baptized. Visitors can also take in the original boat of the so-called ‘funny flotilla’, created by Peter the Great in 1692.

As an ancient town with a history dating back to 862, Rostov Veliky is famous for its historic architecture, traditional culture and authentic food. The Rostov Kremlin on Lake Nero is one of the most spectacular sites of the trail. 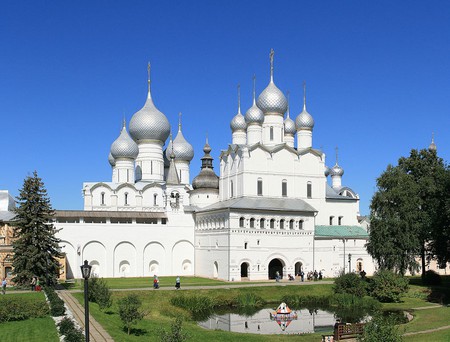 Rostov Veliky’s Gate Church of the Resurrection of Christ, on the Golden Ring | © MatthiasKabel / WikiCommons

A UNESCO World Heritage Site, Yaroslavl has over 800 architectural monuments.The 11th-century Transfiguration Monastery, which is now part of the city’s large Museum Reserve, was frequented by Ivan the Terrible himself and houses frescoes that date back to the time of the infamous sovereign.

Legend has it that Kostroma was founded by Grand Prince Yury Dolgoruky in the 12th century. The city’s major draw is Ipatievsky Monastery which is considered to be the cradle of the Romanov Dynasty, since this is where Tsar Michael, the first Romanov, was chosen to be tsar. 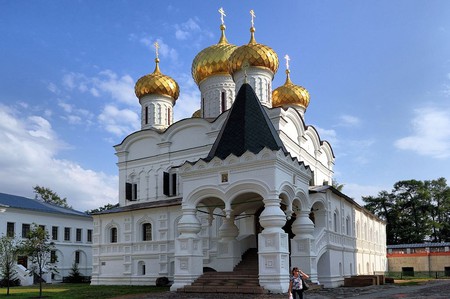 Ivanovo has fewer ancient buildings, however it’s home to some architectural gems like Ship House – a masterpiece of constructivist architecture. A formerly important centre for textile production, the city has a fascinating museum of Ivanovo chintz.

This charming little town boasts a 10th-century Kremlin, numerous churches and five monasteries, including Spaso-Yevfimiev Monastery. There’s also the open-air Museum of Wooden Architecture and Peasant Life, where you can explore old rural houses that have been brought to Suzdal from all over the region. 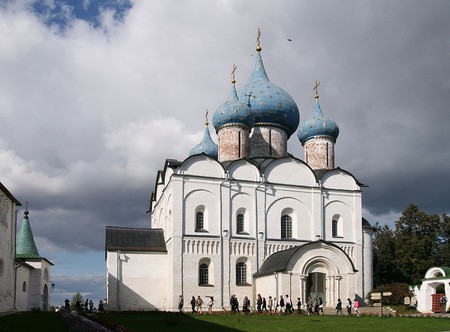 Cathedral of the Nativity of the Theotokos in Suzdal, on the Golden Ring I | © Ludvig / WikiCommons

Another gem of the Golden Ring, this spot offers a variety of attractions such as the Golden Gate, the Old Believers Trinity Church, the Cathedral of Saint Demetrius, and Dormition (Uspensky) Cathedral. 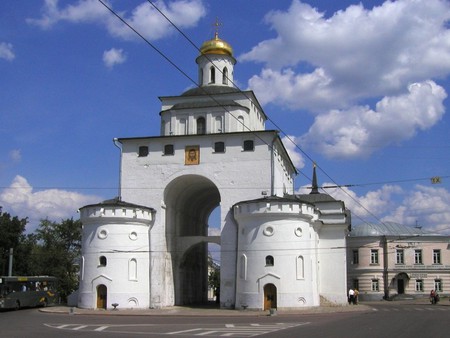