The Most Beautiful Metro Stations in St Petersburg 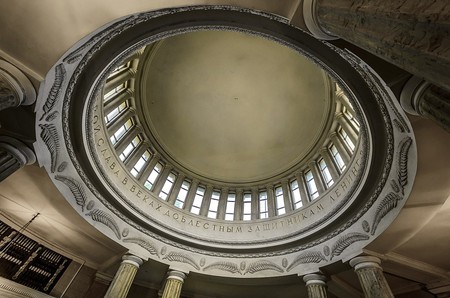 The metro in St Petersburg is not just a means of transport. It is also renowned for the beauty and the architectural ingenuity of its stations. The first line was constructed in 1955, and all eight stations on that line hold the status of places of cultural significance. The metro has since then expanded, bringing new, creative stations to the system. Here are the ones worth making a stop at while en route.

The grand columns and marble interior of the station make a commuter wonder if they have arrived at a subway stop or at a palace. The ceiling of the station is supported by 46 columns, 30 made of marble and 16 that are decorated with glass. The theme of the station is the defense of Leningrad during the Siege of the Second World War. At the end of the platform, there is a large mosaic mural depicting a woman holding a child. It was from here in 1955 that the first train departed, making the St Petersburg metro the second operational subway in the country, after Moscow. 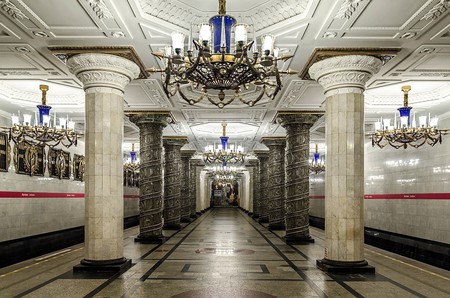 The name of the station comes from the Kirovsky factory located in the vicinity, and the general theme of the station is the development of socialist industry. The haut-reliefs on the walls of the station depict the various industries of the former Soviet Union: electricity, oil, coal mining and metal production. The station is decorated with grey-coloured marble. The station was the first to use a lighting system that imitated daylight but was later replaced by ordinary electric lighting. 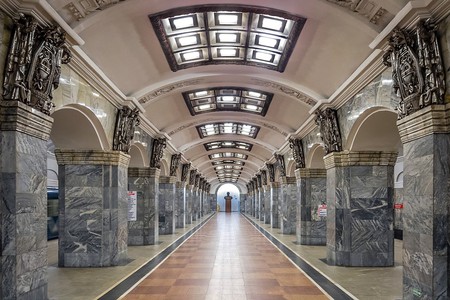 Narvskaya follows Kirovsky Zavod on the red line and is also a Soviet-themed station. The main idea here is to celebrate the various professions throughout the Soviet Union. On the walls, there are haut-reliefs of doctors, builders, farmers, sailors and other highly regarded professions. The station used to have a large mosaic of Stalin, which was covered up in 1961. The name of the station comes from the Narva Triumphal Gate, located outside, commemorating the Russian victory over Napoleon in 1812. 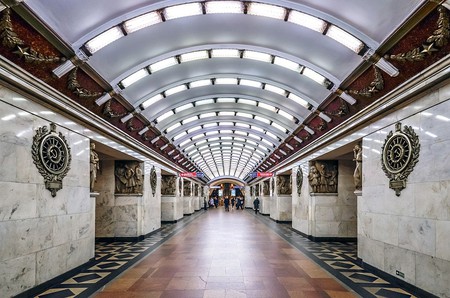 In Russia, the famous poet Alexander Pushkin needs no introduction, so it is not surprising that both Moscow and St Petersburg have a subway station named after him. At the end of the station in St Petersburg, there is a sculpture of Pushkin that regularly has flowers laid beneath it by locals. Behind him, there is a depiction of Tsarskoe Selo (now called Pushkin), a suburb of St Petersburg where he spent most of his youth and received an education. 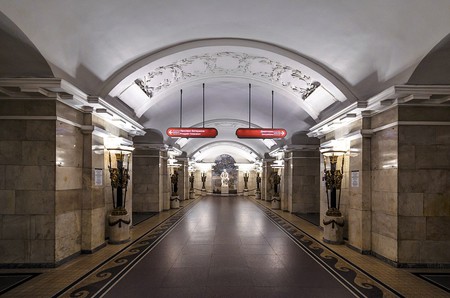 The name of the station is literally translated as ‘Square of the Revolt’, which is indeed where the subway is located. The design of the station is likewise dedicated to a theme, which is the October Revolution of 1917. It was the first station to have two exits. At the exit that leads towards the Moskovsky Railway Station, there are four bas-reliefs. One depicts Lenin delivering a speech after arriving in St Petersburg after years in exile, another is of Lenin in his hut, another one shows Lenin delivering a speech at the Tauride Palace, and the final one is of the cruiser Aurora. 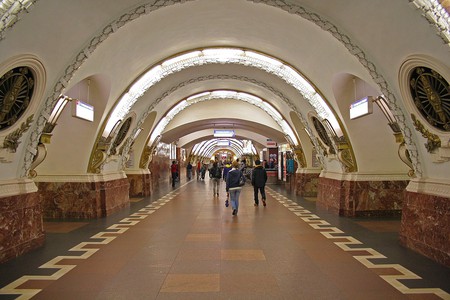 Located close to the old St Petersburg stadium, this subway station explores the theme of sport. The murals on the walls depict Olympic athletes and Grecian gods. The lamps in the station are sculpted to look like Olympic flames. The station has two levels. On the top level, the text of Pierre de Coubertin’s poem Ode to Sport is written on the wall. The whole interior was meant to encourage a healthy lifestyle. 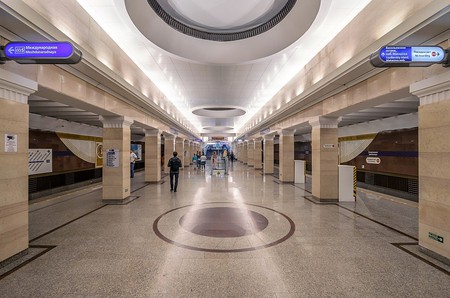 Translated as the ‘International’ station, this subway stop is located near streets of St Petersburg that are named after cities liberated during the Second World War and capitals of countries that were part of the Warsaw Pact. The theme of the station is the birth of nations. To portray this, a mosaic mural of Atlantis holding up the world is seen at the end of the station. Mezhdunarodnaya station is currently at the end of the line, but an expansion is expected to happen in the near future. 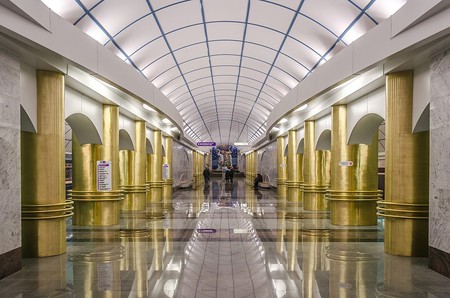 When reaching this station, rather than taking a trip into the past, you are instead transported into the future. The Admiralteyskaya station is one of the most recently built and has become the deepest station in the city. To reach the station, you need to take two escalators down 86 metres (282 ft) underground. As the station is located next to the Admiralty, thus the name, the theme here is sailing. It is dedicated to Russian admirals and naval leaders, with their portraits placed alongside the walls. 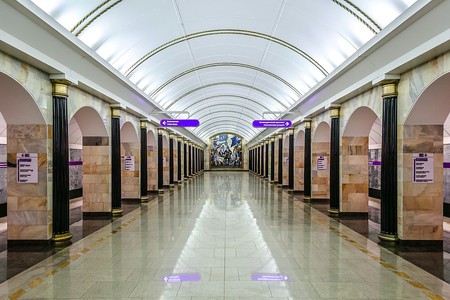