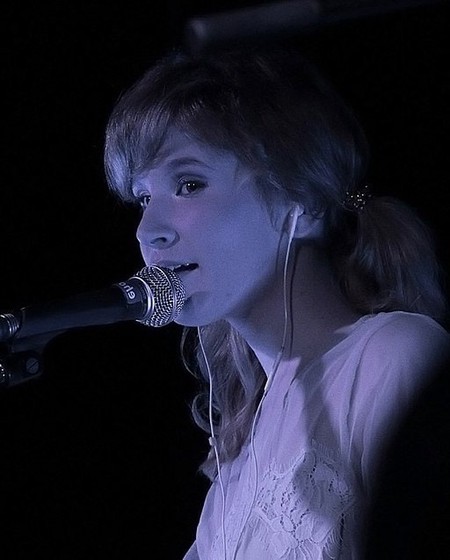 In the two years that Monetochka has been making music, the teenager has gone from internet sensation to legit pop star, with her latest album busting the charts. Garnering praise for her clever and witty lyrics that come close to capturing the nation’s sense of humour as well as angst, it appears that the future is bright for Russia’s latest millennial star.

Of late, Russia has seen young musicians and singer-songwriters gain notoriety and acclaim through the Internet, but few have proved to be more than a fleeting sensation. Not for Yekaterinburg native Liza Gyrdymova (a.k.a Monetochka), however, who began to upload songs on to Vkontakte that she wrote and recorded in her bedroom while still completing school.

In January 2016, she uploaded her first song, which was a sarcastic ditty about communism. It went viral across Russia’s main social media platform and within a month, Monetochka (which translates to lil’ coin), had over 20,000 fans.

She went on to release an entire album on the web called Psychedelic Cloud-Rap, which contained a collection of songs that were both sweet and sassy. They poked fun at teenage life and millennial culture, as well as getting a few political comments and jabs in there as well. One of her early hits, “Mother, I’m Not Doing Nazi Salutes,” explores how modern Russian teenagers feel the need to adopt ideologies and labels, while another one takes aim at the easy target and designer Gosha Rubchinskiy.

Concerts and interviews ensued, and the 16-year-old garnered praise from pop culture sites, as well as recognition from established artists and musicians. On completion of high school, Gyrdymova moved to Moscow to study cinema, which didn’t stall her ascent at all. If anything, the move accelerated it.

Upon arriving in Moscow, Monetochka began working with revered alternative R&B producer Viktor ‘BTsKh’ Isaev, and the collaboration elevated her music from a young singer-songwriter to a quirky songstress. Isaev filled out her sound, adding his own styling to the starlet’s music while enhancing the silveriness of her voice and her elfin charm.

At 19 years old, Monetochka released her second album in May 2018, Raskraskidlya Vzroslykh, (Colouring for Adults), which made it into the top 100 charts. She has managed to retain the humour of her previous album and her satirical eye on youth culture while demonstrating she has well and truly progressed as a singer and a songwriter.

Despite her youth, Monetochka has demonstrated an understanding of the Russian psyche through her songs, which are serious, yet humorous. She proves that you can be young, plugged into the globalised world, and still be decidedly Russian. Her multifaceted appeal ensures that Moneochka is one to continue to watch.