Maxim Gorky At 150: 12 Things You Need To Know About The Russian Writer 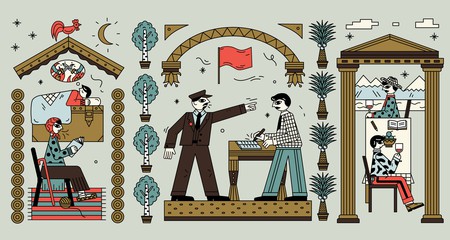 Known by many as the father of socialist realism, the greatest proletariat in Soviet history and the patron Saint of Soviet letters, Maxim Gorky is one of the most decorated Russian writers ever to have lived. On the 150th anniversary of his birth, we take a look at his monumental rise from his childhood as an orphaned dish washer, to a life of literary greatness.

Gorky’s Name Was Not Maxim Gorky

Born Alexei Maximovich Peshkov on March 28 1868, it wasn’t until 1892, whilst working for a newspaper in Tbilisi, that he changed his name to Maxim Gorky. Gorky, translated as ‘bitter’ in Russian, reflected both his views on the contemporary Russian state and captured the kernel of his literary ambition; to tell the bitter truth.

He Began Working At The Age Of Eight

Gorky suffered greatly during his childhood. His father, an upholsterer-turned-shipping agent died when he was five, after which his mother remarried and as such, Gorky was sent to Nizhny Novgorod to be raised by his maternal grandparents. Sent out by his grandfather to work at the tender age of eight years old, Gorky was beaten by his employers and was almost always hungry and poorly clothed. However, whilst working as dish washer on a Volga steamer, a fellow employee introduced him to reading, a seed that would continue to grow throughout his life.

Orphaned by the age of eleven, Gorky enjoyed a liberal and unstructured education, that primarily consisted of his grandmother’s romantic fairytales and religious teachings. In his childhood autobiography, he suggested his grandmother’s mysterious and engaging fairytales awoke his imagination. Experiencing awful beatings and abuse as a child, his grandmother’s kindness and compassion was a glimmer of hope within a childhood of immense suffering. 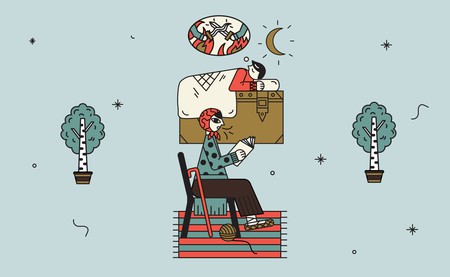 'In his childhood autobiography, he suggested his grandmother’s mysterious and engaging fairytales awoke his imagination' | Natasha Dzhola / © Culture Trip

He Was Very Well Travelled

Having spent time in Kazan–the muslim capital of Russia–working as a baker, a docker and nightwatchman, Gorky attempted—unsuccessfully—to end his life. He then decided to travel across the country on foot, and spent much of his time doing odd jobs in Southern Russia, a period that informed much of his literary interest in the suffering of “ordinary” people. He eventually settled in Tbilisi, Georgia, where he began publishing short stories.

He First Found Literary Success With His Short Story ‘Chelkash’

In 1895, Gorky shot to fame with the publication of his short story ‘Chelkash’ in a leading St Petersburg-based literary journal. The story focuses on a roaming tramp in the town of Odessa, and is emblematic of Gorky’s interest in the social pariahs of society. A similarly-themed story followed in 1899, ‘Twenty-Six Men and a Girl’, whose success elevated the writer to the upper echelons of Russia’s literary landscape, a platform he shared with the likes of Leo Tolstoy and Anton Chekhov.

In early 1900s, Gorky wrote a series of plays that evoked his increasingly political preoccupations, the most famous of which was The Lower Depths, published in 1902. After becoming closely associated with the Bolshevik party, Gorky was sent on a fund-raising trip to the United States where he wrote his infamous revolutionary novel Mother. First published in 1906 by an American literary magazine, it was translated into Russian in 1907. Though it remained unsuccessful commercially, it crystallised much of his revolutionary spirit. 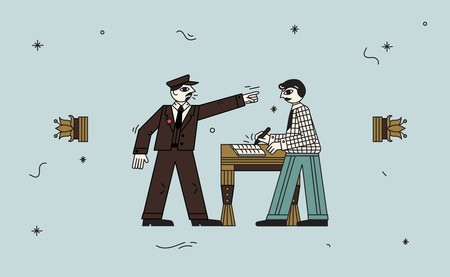 'Though Gorky identified as a Bolshevik, he opposed Lenin’s seizure of power in 1917' | Natasha Dzhola / © Culture Trip

Gorky And Lenin Didn’t Get On

Though Gorky identified as a Bolshevik, he opposed Lenin’s seizure of power in 1917, and publicly criticised his dictatorial methods, calling him ‘a cold-blooded trickster who spares neither the honour nor the life of the proletariat’. After publishing these views in his newspaper Novaya Zhizn’ (New Life), Gorky was exiled by Lenin under the pretext that he had tuberculosis.

His Time In Exile Was Artistically Fruitful

Gorky spent most of the 1920s in Sorrento, Italy, where he published the final work to his autobiographical trilogy, My Universities, as well as some short stories. Gorky’s days in Sorrento were spent hosting lavish dinner parties in his villa, writing correspondence to the likes of Stefan Zweig and H.G. Wells, and hosting members of the Russian literati that he admired, including the futurist poet Nikolai Aseev and writer Isaac Babel.

He Returned To Russia On Invitation Of Josef Stalin

According to Aleksandr Solzhenitsyn–Russia’s most famous chronicler of the gulag–Gorky returned home due to material need. Though Stalin, who had invited him back personally in 1932, used him as a prop for Bolshevik Propaganda. Still considered a friend of the Bolsheviks, Gorky received the Order of Lenin (the highest civilian award bestowed by the Soviet State), and was given a mansion in Moscow. One of Moscow’s central streets was named in his honour, as was a central park on the banks of the Moscow river, still known as Gorky Park today. 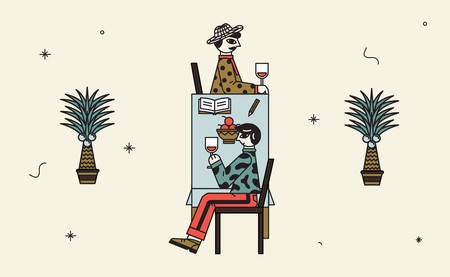 Gorky spent most of the 1920s in Sorrento, Italy, where he published the final work to his autobiographical trilogy | Natasha Dzhola / © Culture Trip

Gorky was nominated for the Noble Prize in Literature five times between 1918 and 1933 but never won the prestigious award, losing out to the likes of Ivan Bunin and William Butler Yeats. His frequent nominations demonstrate what an important literary voice he had crafted, recognised not only in Russia but also across the world.

Gorky died suddenly in June 1936, allegedly from heart disease whilst under medical treatment. However, many believe that the circumstances were more suspect. Whilst Genrikh Yagoda–the head of the Soviet Secret Police–supposedly confessed to ordering his death during the Bukharin trial as part of an anti-Soviet plot, others including Russian historian Arkady Vaksberg, believed it was Stalin who ordered the killing after relations between the two had slowly deteriorated.

Hours after Gorky’s death, his brain was surgically removed by doctors and placed amongst those of Mayakovsky, Lenin and other Russian political and cultural heroes, at the Neurological Institute in Moscow. Following the announcement of his death on Russian radio in June 1936, he was described as a ‘great Russian writer, brilliant artist of the word, friend of workers and fighter for the victory of Communism’.