Films That Will Make You Fall in Love in Moscow 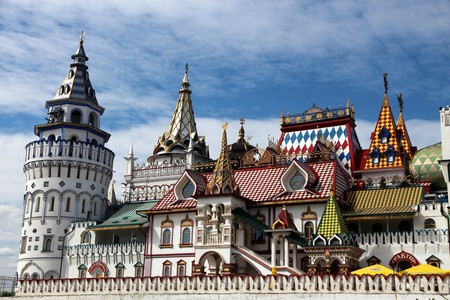 Moscow is a beautiful, complex and fascinating city. It has inspired scores of Russian artists, writers and, of course, filmmakers. Moscow makes for a perfect set for any film, from a psychological drama to a romantic comedy. Moscow can be charming, seductive, cute or even scary. Here are five films that will make you fall in love with it.

Mermaid is a film to watch if you’re looking for something bittersweet and a little quirky – like Moscow itself. It tells the story of Alice, a girl born in a town by the Black Sea, who has a difficult start from the very beginning. Throughout her childhood, she is waiting for her father to come back. He never does, and instead she walks in on her mother with another man. She then stops talking and is sent to an institution. Upon her 18th birthday, she moves to Moscow with her family, where she starts speaking again and where her tragic love story unfolds. The film was nominated for many awards and was Russia’s submission to the 2009 Academy Awards as the Best Foreign Language Film.

If you’re fond of a little controversy, you should have a look at The Death of Stalin. It’s a French film that tells the story of the power struggles in the Bolshevik army after Stalin’s death. Even though the film’s historical accuracy has been disputed, The Death of Stalin was still banned from screening in Russia, Belarus, Kyrgyzstan and Kazakhstan. It’s a political satire that might capture you or not, but it will most certainly take you straight into Moscow of the 1950s.

Let’s turn to Soviet classics, shall we? Moscow Does Not Believe in Tears is one of the all-time favourites of all Muscovites. It tells a story of three young women, Katerina, Lyudmila and Antonina, who come to Moscow in search of a better life. The film takes us through their adventures as they adapt to life in the capital. Most importantly, Moscow Does Not Believe in Tears shows Moscow as it was in the ’80s, in all its glory, but also with all its flaws. This film is a must-see for any aspiring Muscovite.

The Irony of Fate is an absolute classic of Soviet cinematography. Even though only a part of it is set in Moscow, it is still an invaluable resource for aspiring Muscovites. The plot of the film is founded on the uniformity of Brezhnev-era Soviet architecture. The story starts when a group of friends celebrate New Year’s Eve in a traditional Russian sauna. After the party is over, they are all royally drunk and are no longer sure which one of them was supposed to fly Leningrad that same evening. They accidentally send Zhenya instead of Pavlik, and Zhenya doesn’t even notice. Still drunk, he goes to what he believes is his flat, opens what he believes is his door with his key, and falls fast asleep. He’s woken up by a woman he doesn’t know trying to kick him out from what is, in fact, her flat. The Irony of Fate is hugely popular up to this day, and it’s broadcasted on television every year on New Year’s Day.

Ivan Vasilievich: Back to the Future is one of the most successful Soviet films of all time. It’s a science-fiction comedy of errors. A Moscow scientist, Shurik Timofeev, is working on a time machine in his apartment. He makes a mistake and completely accidentally brings Ivan the Terrible from the Middle Ages to 20th-century Moscow and sends the superintendent of his building, Ivan Vasilievich, as well as a small-time burglar, George, in his place. Ivan the Terrible and Ivan Vasilievich are very similar in terms of their appearance, but very different in terms of their character, which causes a string of comic misunderstandings. It’s a great film to see if you want to understand Russia and if you want to understand Moscow.