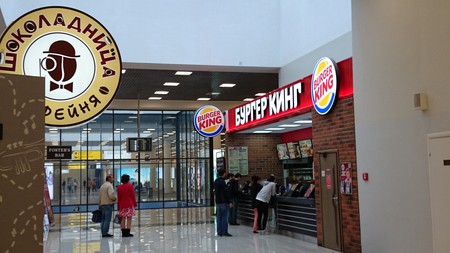 Burger King Russia now has its own currency | © Masayuki Kawagishi/Flickr

Cryptocurrencies are in the news daily, and now they’ve even made it into our fast food restaurants. Yes, it’s true, Burger King in Russia has introduced Bitcoin-like ‘Whoppercoins’ as a loyalty reward scheme.

Blockchain technology, which is behind all cryptocurrencies like Bitcoin, lends itself well to loyalty programs.

In the Burger King Russia case, customers are rewarded with Whoppercoin – named after the fast food company’s most famous burger – when they spend money at the chain. The currency can then be used to buy food. Customers earn one Whoppercoin for every rouble they spend, and a Whopper burger can be bought for 1,7000 Whoppercoins.

You may be thinking this sounds exactly like any other reward scheme, but there’s a difference. Customers are able to transfer and trade their Whoppercoins online, meaning they can save their rewards, give them to friends, or sell them to new buyers. A trading app will be released next month on the Apple Store and Google Play.

“Now Whopper is not only the burger that people in 90 different countries love – it’s an investment tool as well. According to the forecasts, cryptocurrency will increase exponentially in value. Eating Whoppers now is a strategy for financial prosperity tomorrow,” Ivan Shestov, Head of External Communications at Burger King Russia, said in one of the more bizarre press releases even by cryptocurrency standards.

“We are sure that this decision will promote blockchain technology in Russia and will enable the promotion of its benefits and possibilities for a wide audience,” added Max Pertsovskiy, CBDO of Waves Platform.

Earlier this month Estonia announced plans to issue its own virtual currency, called estcoin. The country is hoping to launch the cryptocurrency with the help of Vitalik Buterin, founder of another popular currency, Ethereum.