A Literary Tour of Moscow

It’s hard to count the exact number of great Russian writers who showed their love for Moscow. The city has attracted and prompted stories for a long time now, inspiring many to express their writing talent. Thus, Moscow’s literary sights are fully deserving of our attention, and this guide gladly presents you six of them, from museums to apartments. 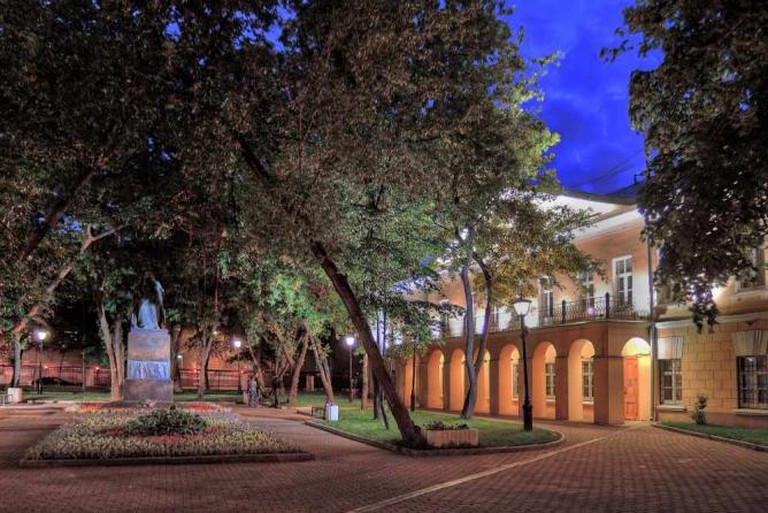 House-museum of Gogol in Moscow | © Vladimir Varfolomeev/Flickr
Located in the heart of Moscow, close to the Arbat Square, is this ancient town mansion. This is the only Museum of Nikolay Gogol in Russia dedicated entirely to the life and work of the master writer. Cast iron gates lead into the courtyard, where you can explore the monument to the writer. On your right you will see the imperial-style house with an arcade. Here Gogol spent the last four years of his life, and it was where he died on February 21 1852. The cabinet of Gogol is a place of solitude where he worked. One of the many bookcases stores his leather briefcase with his manuscripts, which Gogol never left unattended even while travelling. His office had a library containing 234 books. Gogol’s living room was accurately recreated according to the memoirs of his contemporaries, and it features some mahogany furnishings, upholstered in beige fabric. In 1832 the young author successfully published his début work with his Evenings on a Farm Near Dikankaand was warmly received by the prominent Muscovite Count Tolstoy.

The State Museum of Mayakovsky 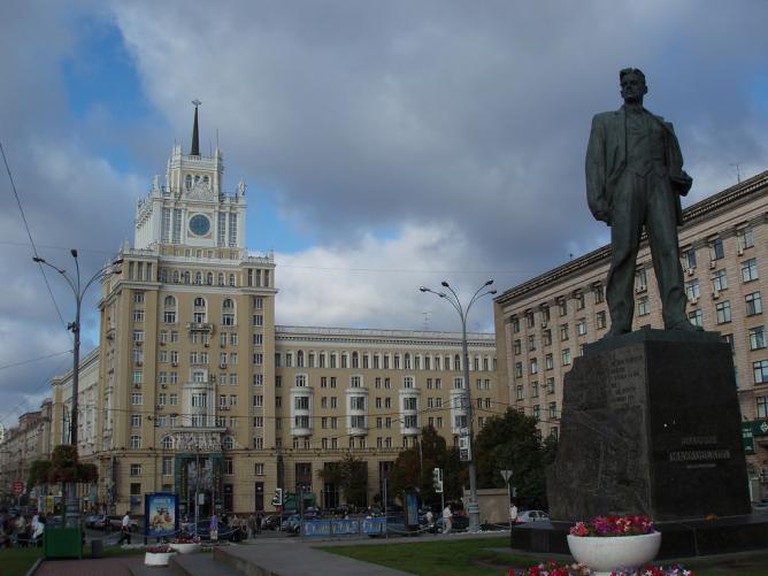 Mayakovsy | © Arienne McCracken/Flickr
Mayakovsky came to Moscow in 1906 with his mother and sister, Alexandra, following the tragic death of his father. The family lived in rented apartments, often changing them. 1912 saw the start of the poetic ways of Mayakovsky and his endless travels across Russia. After the Revolution, Mayakovsky returned to Moscow and got a room here in the densely populated communal apartment number 12 on Lubyanka. A room in the center of Moscow, with home comforts, was very important for such an active and creative person as Mayakovsky. From his flat, the author frequently visited his favorite Polytechnical Museum, and walked to many publishers and editors. 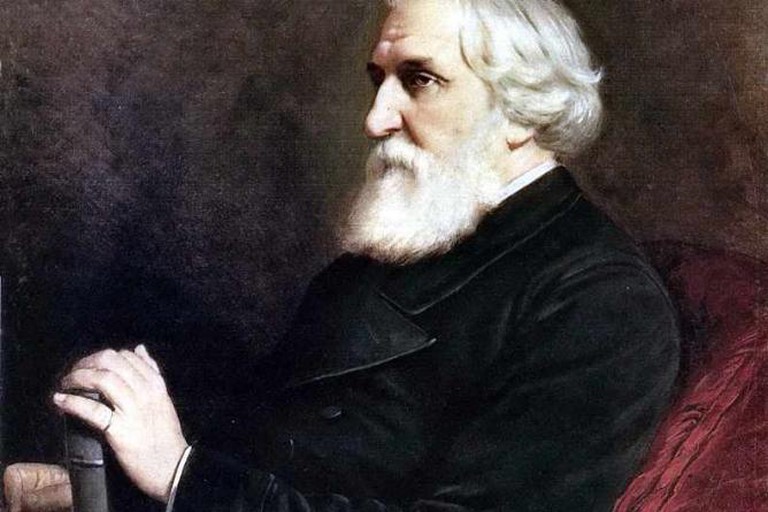 The portrait of Ivan Turgenev by Vasiliy Perov (1872)
This wooden imperial-style mansion with a six-columned portico, mezzanine and seven windows on the façade is a typical example of the Moscow buildings of the 18th century. Varvara Petrovna, the mother of the great Russian writer Ivan Turgenev, lived here from 1840 to 1850. Now it has been converted into Turgenev’s Museum. Ivan often visited his mother in Ostozhenka and described this house in his short story Mumu. The prototypes of the characters of Turgenev’s works were inspired by real people who lived in Ostozhenka. This house was frequented by many of Ivan Turgenev’s friends, including eminent representatives of the socio-literary and theatrical circles of Moscow. In his attic room he worked on the articles for the journal Notes of theFatherland, and here many ideas for stories like Bezhin Meadows were born. 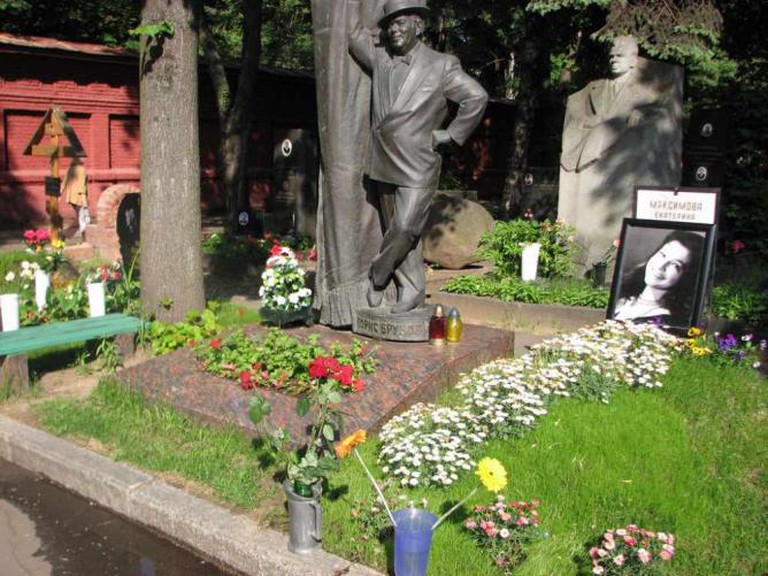 Novodevichy Cemetery | © reibal/Flickr
Novodevichy Cemetery is one of the most famous burial sites in Moscow. It originates at the southern wall of the Novodevichy Convent in 1898, and originally served as a burial place for nuns, the emperor’s family and later other socio-economical classes. By the beginning of the 20th century the monastery had run out of empty space, and in 1922 all monastery buildings, including the necropolis, were taken custody of by the state and were turned into a museum complex. There is the cherry orchard in the old territory of the cemetery, where the graves of Chekhov, Stanislavsky and actors of his theatre lie. During spring, cherry trees blossom here and attract visitors. Other notable burials of writers and poets include Nikolai Gogol, Vladimir Mayakovsky, Nikolai Ostrovsky and Aleksey Tolstoy.

The Apartment of Dostoevsky 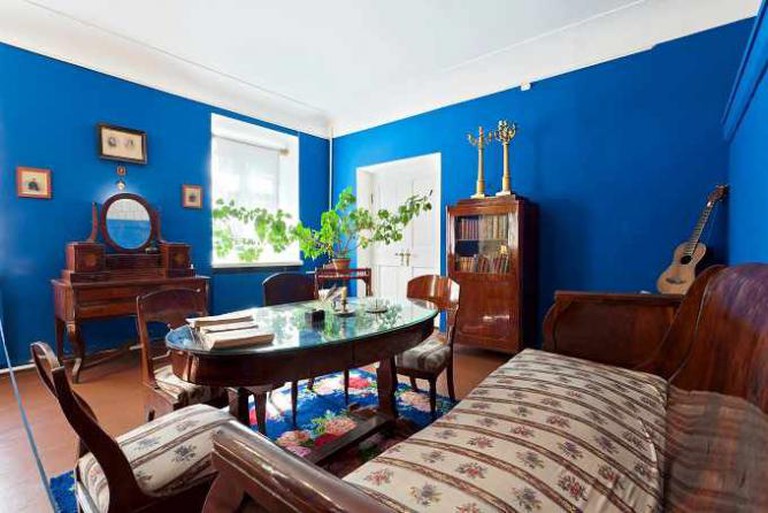 Originally, this wing of the Mariinsky Hospital for the poor, where the museum of Dostoevsky is today, was intended for the apartments of the various service and state employees of the hospital. The family of Dostoevsky’s father was given a small apartment, consisting of two rooms, on the first floor of the building. The writer lived here from 1823 to 1837, during his youth, after which he moved to St Petersburg, where he wrote two of his most famous works, Crime and Punishment and The Idiot. The museum was based on the memoirs of the writer’s brother. The interior was never rebuilt, and all walls, floors and even an old oven are preserved as they were during the writer’s life. The memorial exposition consists of the furniture and portraits of parents, relatives and close ancestors of Fyodor Dostoevsky. 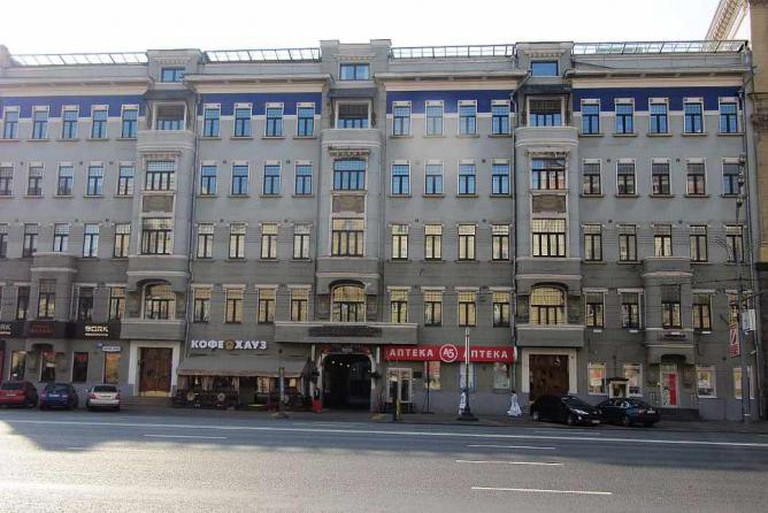 Mikhail Bulgakov Museum | © Vladimir OKC/WikiCommons
The Mikhail Bulgakov’s Museum is located in an apartment that once belonged to the author known from the novel Master and Margarita. The museum is a renovated former communal flat, with a long corridor and unique rooms, each with its own story. The kitchen reflects the typical living conditions of the Soviet era, including items such as kerosene-tank stoves, pans and other tin and copper kitchen utensils. The working cabinet of writer consists of a table with lamp, over which hangs a bookshelf with an endless row of books that catches the eye. The blue wall color became the embodiment of a long-standing dream of Bulgakov, as he desired to have a blue room which he believed would be a perfect place to work.