The Best Clubs and Nightlife in Lisbon 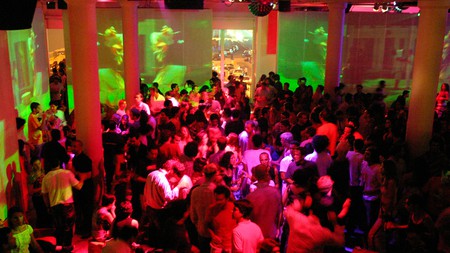 If you’re looking for a good time in Lisbon, search no further. Whether you want to grab a few drinks and catch the sunset or party hard until dawn, the Portuguese capital has something for everyone.

Once one of Europe’s lesser-visited destinations, Lisbon’s bustling nightlife was a secret known only to a few outsiders. Since tourism exploded, many come here for cheap beers and the chance to party the night away. With the capital home to everything from charming little bars nestled in narrow uphill streets to rooftops competing for the city’s best views, it’s almost hard to choose where to go these days. When it comes to the electronic music scene, Lisbon rivals cities such as Berlin and London. A hub for international students, it also boasts a range of fun, affordable spots.

A classic route starts in the Bairro Alto neighbourhood, before moving down to Rua Cor-de-Rosa (Pink Street) and hitting the bigger clubs. Yet it would be criminal to reduce a night out in Lisbon to a few venues, as there are so many other places that one cannot miss when in town. One piece of advice, however: be prepared to start your evening late and drink in moderation, because Lisboetas only go home when the sun rises.

Bairro Alto isn’t just one specific location – it is a whole neighbourhood made up of an array of bars, clubs, cafés and restaurants. Lined with venues such as the LGBTQ-friendly Purex and the more exclusive Maria Caxuxa, it’s not hard to get lost while bar-hopping among the merry crowds. Head to Galeria Zé dos Bois, which is curated by independent artists, to see some of the most spectacular alternative live-music performances in town.

Lust in Rio is slightly fancier than most clubs in Lisbon. If you want to mingle with beautiful, fashionable people, this is your spot. The bouncers are strict, so make sure you dress up before you go. Located near Cais do Sodré, Lust offers an exclusive view of the riverside while catering to different crowds. Each night has a theme – Wednesday’s Swag On parties are for the hip-hop and R&B lovers, while Brazilian funk fans head here on Thursdays for the popular Pegadinha.

Providing a much-needed alternative to the uber-famous LGBTQ club Trumps, the relatively new Mina brings Lisbon’s queer community and electronic music scene together in a host of epic underground events. Each party’s location is only revealed 24 hours in advance, so RSVP and stay tuned.

Located on Pink Street in Cais do Sodré, Tokyo offers quality live music nightly, with several artists flocking here on weekends for some groovy, impromptu jam sessions. Friday nights are particularly popular, and the place tends to attract an older crowd. The entrance fee is only €5, getting you two free beers inside. “Tokyo was like going to school for me. It’s where I met many of my peers, and it made me into the musician I am today,” Guilherme Salgueiro, keyboardist in resident band Impossibly Funky, tells Culture Trip. 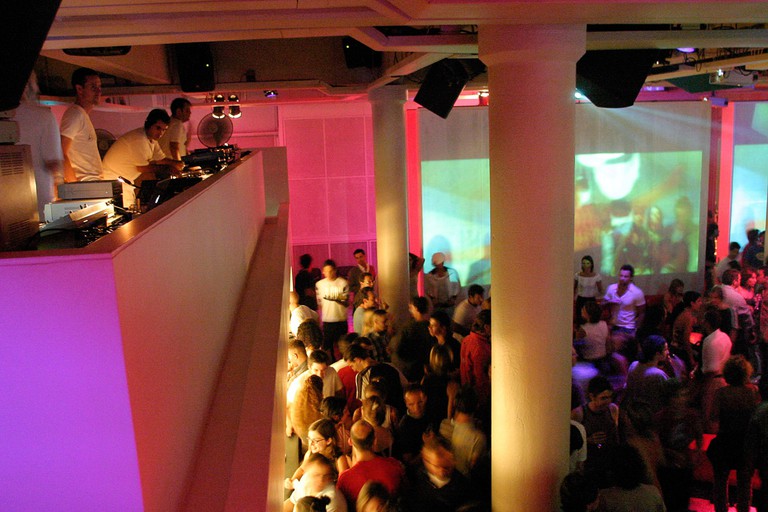 The Lux is one of Portugal’s greatest nightlife institutions | © FORGET-GAUTIER/SAGAPHOTO.COM / Alamy Stock Photo
LuxFrágil, located just across from the Santa Apolónia train station, is one of Portugal’s greatest nightlife institutions. Inaugurated in 1998, this three-storey building has served as a palace of beat worship for music lovers of all kinds. The underground floor is where all your techno dreams come true, while the middle floor is great for those into more commercial music. If you need a break from the bass, head to the ample terrace on the top floor, where you can catch incredible views of the Tagus River.

Arguably Lisbon’s best upcoming nightclub, Titanic used to be a fish market, which is hardly surprising given it is literally steps away from the riverbank. Not only does the venue cater to different musical tastes each night, hosting Portuguese artists, it is also home to some of the city’s most popular events – from Beyoncé Fest (with a playlist curated specifically for those who love the pop star) to Titanic Jazz Jam (on Mondays, for free).

Nightclub, Beer, Wine, Cocktails, $$$
Facebook
Email
Twitter
Pinterest
Copy link
Share
Over three decades old, Incógnito in São Bento still remains a great spot to head for an alternative night out. The rather small dance floor gets packed quickly with fans of indie, new wave, post-punk and other more alternative strands of rock music. According to bartender João Pacheco, what gives it its charm is the fact that “Incógnito has largely remained untouched for over 15 years”. The entrance fee is always €5 and it closes at 4am.

Bosq has recently become one of the city’s trendier clubs due to its equally hip location: the LxFactory complex in Alcântara. The walls of the upstairs floor are fully adorned with plants, while the entire venue is decorated with paintings of dressed-up animals. Those who are willing to venture from the city centre will not be disappointed when they find themselves partying the night away to ’80s tunes in this sort of Alice in Wonderland forest-themed club.

Lounge is the perfect place to go for after-dinner drinks during the week, but it becomes a fully fledged club on weekends. Drinks are slightly pricey (a small beer costs €2.50), but it is a fantastic place to catch some great African-inspired electronic music – Lisbon’s nightlife is heavily influenced by afrobeat sounds – and a great way to escape the Pink Street crowds.

Bar, Beer, Wine, Cocktails, $$$
Facebook
Email
Twitter
Pinterest
Copy link
Share
Urban is known for being a hub for younger crowds. Situated in Santos, this club features one of the most beautiful outside areas of any venue in Lisbon. Complete with a wooden terrace, a massive pool and fantastic views of the Ponte 25 de Abril, you can head here for dinner at one of the two restaurants from 8pm and dance the night away until the doors close at 6am.
Give us feedback