Arts and Crafts in Lisbon: Four Local Artists Reveal Their Favourite Spots in the City 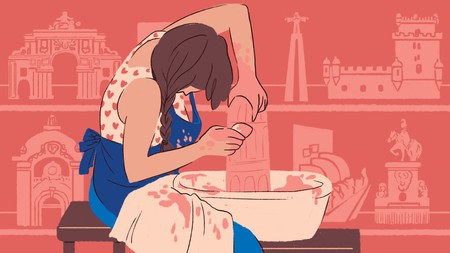 The arts have always been an integral part of Portugal’s identity. Whole towns are devoted to specific crafts, such as weaving and embroidery, and the countryside is dotted with buildings clad in hand painted tiles. In Lisbon, DIY is on the rise, as more creatives are settling down in the capital and sharing their craft with a younger generation eager to disconnect from technology. To understand how the craft scene has changed here, Culture Trip met with four local artists, who reveal their favourite spots in the city. 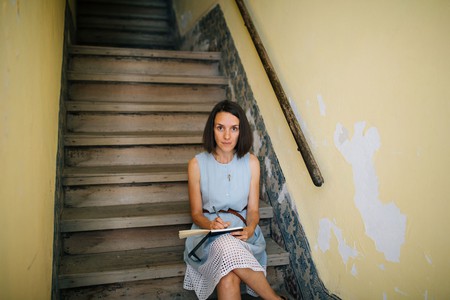 Ana Isabel Ramos, who is a knitting and embroidery artist, says that younger generations are rediscovering and innovating Portugal’s traditional crafts | © Mafalda Rodrigues

With galleries and art bookshops popping up in every neighbourhood, and local studios offering more and more craft workshops, Lisbon has become popular with creative travellers. Some crafts are deeply rooted in the country’s culture, with grandmothers teaching these skills to new generations, while others, like illustration, are just taking off. Now there’s a new generation of artists eager to embrace traditional techniques and create something by hand. They’re the ones who continue to visit local artisan shops and help keep these businesses alive, but they’re also shaking things up with their modern designs.

As Lisbon continues to grow its artistic community, four local artists guide us through the city through their eyes. Illustrator Catarina Sobral, whose children’s books have made headlines at the Bologna Book Fair, tells us how little bits of the city influenced her work. Vânia Oliveira, a textile artist who hosts several workshops around Lisbon, reveals how nature inspires her colourful weaving projects. Ana Isabel Ramos recalls when she first picked up her knitting needles, and Inês Diana Salgado tells us how interest in ceramic classes has flourished since she started teaching in 1989.

“There aren’t many places in Europe with a light as bright as Lisbon” – Catarina Sobral, award-winning illustrator 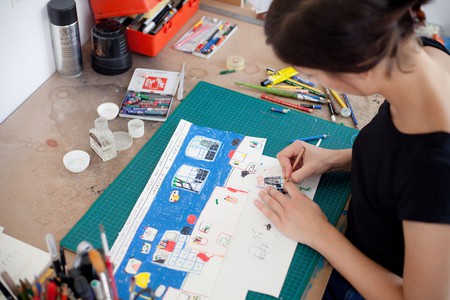 Lisbon is a great place for visual artists according to illustrator Catarina Sobral, and galleries and bookshops are opening up all over the city | © Helena Tomás

Step into a Lisbon bookstore today and you’re bound to find one of Catarina Sobral’s children’s books. Sobral traded her hometown, Coimbra, for Lisbon when she did her Master’s in illustration. As an artist, she knew there would be more opportunities in the capital, but that wasn’t the only reason she stayed. “There aren’t many places in Europe with a light as bright as Lisbon, and for me, and probably other visual artists, that’s very important,” Sobral says. Her book, O Meu Avô, earned her the Bologna Illustration Award in 2014, and she’s been busy ever since. There are fragments of Lisbon in her work. In Achimpa, you’ll see the tram 28, the National Library, and the Príncipe Real Square. For inspiration, Sobral goes to exhibitions or bookshops. “In the past few years several specialised bookstores opened, and now my route is: Baobá, It’s a Book, Tinta nos Nervos, and my all-time favourite Ler Devagar,” she reveals. For art supplies, she visits Casa Ferreira or Ponto das Artes, but a place in Bairro Alto closed down which she still holds dear. “I miss Casa Varela, probably the most beautiful art supply store that ever existed. Unfortunately, it closed almost 10 years ago,” she recalls. Still, Lisbon has never been a better place for illustrators. With children’s bookstores opening up everywhere, and art galleries, like Malapata and Ó! Galeria, opening doors for illustrators to showcase their work, it seems the city will continue to expand its artistic network.

“Portugal, not only Lisbon, is rich in textile art” – Vânia Oliveira, textile artist 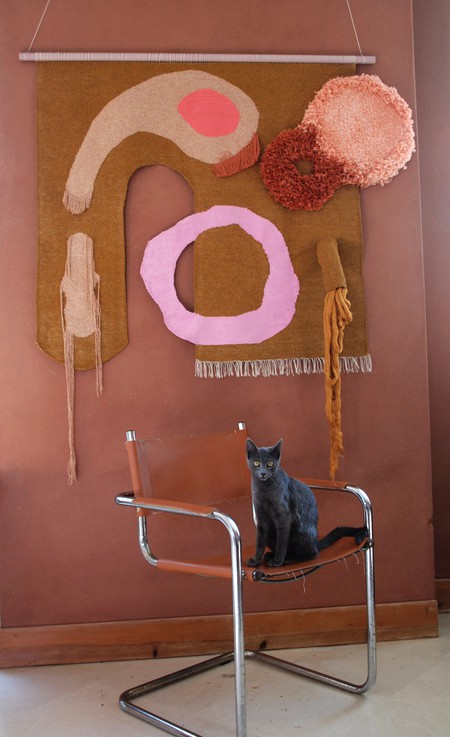 Vânia Oliveira is the face behind the TWO HANDS Textile Studio, a project dedicated to modern textile art. She began weaving at the age of 11 and then studied at the António Arroio art school. “I studied weaving, tapestry and printing. My idea at the time was to be a fashion designer, but when I saw the looms I got hooked forever,” she says. For Oliveira, weaving is a way to slow down. “It makes you enter a special zone in your head, allowing your hands to take charge,” she adds. In her projects, she uses natural fibres collected from factories and shops like Retrosaria Rosa Pomar. “They have their own wool fibres sourced from Portuguese sheep,” she explains. Besides working on commissions, she also hosts weaving workshops. “I started teaching some years ago because I realised that there weren’t many ways to learn this craft, so becoming a teacher was a natural thing for me. Now the classes are always full,” she says. When looking for ideas, she retreats to nature. The Príncipe Real Botanical Garden and Tapada das Necessidades are some of her favourite places. For creatives, she recommends checking FICA – Oficina Criativa and A Avó Veio Trabalhar, where local grandmothers teach crafts. If you’re interested in textiles, Vânia insists you should look beyond Lisbon. “Portugal, not only Lisbon, is rich in textile art and there are some factories worth visiting, like the Tapestries of Portalegre, the Beiriz Carpet Factory and the Fábrica Alentejana de Lanifícios.” 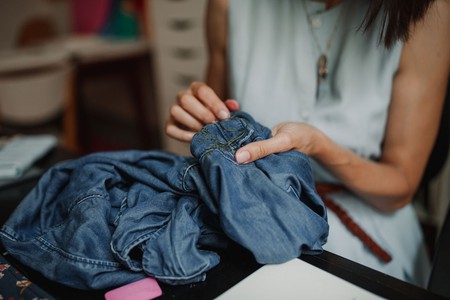 When she was seven, Ramos’s grandmother taught her how to knit. “I’m sure it was nothing more than a strategy to keep me still, but something stuck,” she reveals. Ramos was born in Lisbon, but she’s lived in six countries. It was in Argentina that she rediscovered her love for knitting. “Knitting helped me create a network of friends over there,” she says. Later, she took on embroidery. Embroidery is a traditional craft in Portugal, cities like Viana do Castelo have a unique style, but younger generations are starting to innovate these designs, and Ramos is part of it. Now back in Lisbon, she designs embroidery and knitting patterns and hosts workshops at Companhia das Agulhas. “I started teaching knitting workshops in 2013, and by then, it was obvious that there was a lot of interest in the craft,” she says. Ramos thinks locals turned to crafts as a way to disconnect from technology. “I believe people are feeling a need to go back to slower means of entertainment, a way to connect again with the act of making and disconnect from the constant stimulation of screens.” When she needs supplies, she visits haberdasheries. “At Rua da Conceição you’ll find several haberdasheries filled with treasures,” Ramos says. She suggests chatting with the owners, usually the children or grandchildren of the founders. Other shops she recommends include Auri, in Alvalade, and The Craft Company in Cascais. As for museums, she likes the Gulbenkian, Museu do Azulejo, and Museu da Água.

“The light, the architecture, the proximity of the sea, the river and even the countryside! These are things that inspire me” – Inês Diana Salgado, ceramics teacher 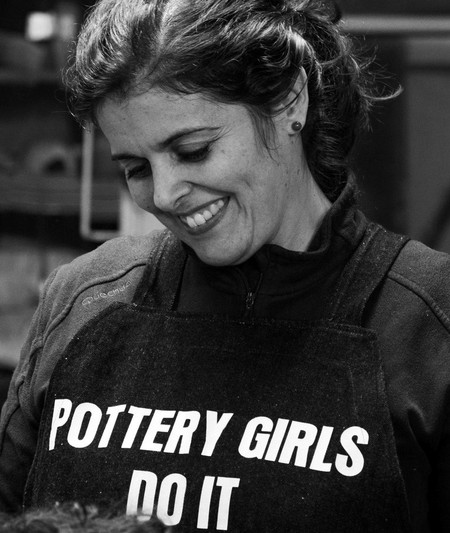 From her studio in the capital, Inês Diana Salgado teaches pottery classes and tile painting, following on the azulejos tradition that have become a symbol of Portugal | © Olaria Lisboa

It’s hard to leave Lisbon without a picture of the azulejos. Introduced by the Moors, these ceramic tiles have since become a city icon, featured everywhere from train stations to churches. Today, artists like Inês Diana Salgado continue this craft legacy in Lisbon. For more than 30 years, Salgado has been working as a ceramic artist. Her love for the potter’s wheel led her to teach, and now she owns the studio Olaria Lisboa, where she runs workshops on pottery and tile painting. Salgado admits that the DIY movement has taken over the city, and people are looking for activities to get out of their digital routine. “They look for this activity not just to occupy their free time, but to do an activity that gives them pleasure while helping them relieve stress,” she reveals. In recent years she’s also had more international students, with a third enrolled in her classes. For Salgado, Lisbon is a constant source of inspiration. “The light, the architecture, the proximity of the sea, the river and even the countryside! These are things that inspire me, which I take to my studio,” she says. Her favourite museum is the Museu do Azulejo, but she also recommends Gulbenkian and the Museu Bordalo Pinheiro, a museum dedicated to one of Portugal’s most famous ceramic artists. Salgado usually buys her materials from Caldas da Rainha or Alcobaça, but for beginners she recommends Ponto das Artes or Barracha in Lisbon.