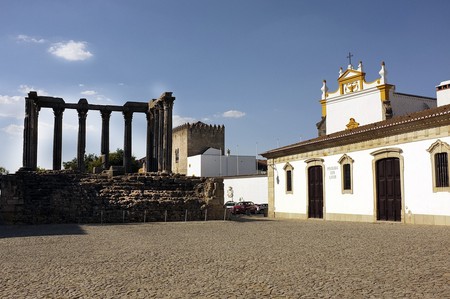 Lisbon and Porto have become creative hubs, the Portuguese capital even being dubbed “the new Berlin”, but this year’s African Art Festival is taking place in the UNESCO Heritage city of Évora. From May 25 to August 25, Évora Africa shines a spotlight on African culture and directs attention to this ancient Portuguese city, surrounded by the pastures and vineyards of the Alentejo region.

Purely dedicated to African culture, Évora Africa is one of this summer’s unique international festivals. Artists and performers have travelled from their homes in the African continent to share their work and culture with the Portuguese community – events include art exhibitions, music, and dancing. 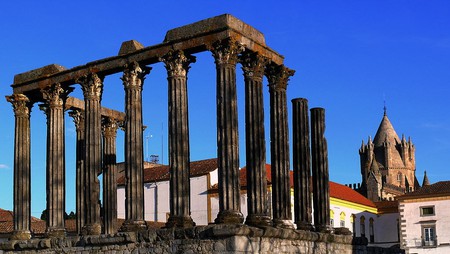 The festival will also shine a light on Évora, one of Portugal's underrated cities | © Joaomartinho63 / Wikimedia Commons

Not only will Évora Africa show the shift of African cultural heritage to present day, but the festival’s location may well attract attention to Portuguese heritage. Set in the middle of rural countryside, Évora is one of Portugal’s underrated destinations, but perhaps unique global events like Évora Africa may encourage an influx of visitors and help show a side of the country that visitors usually miss.

The festival is currently being hosted at the 14th-century Cadaval Palace, the residence of the Duchess of Cadaval and her family who are descendants of the country’s first king. Covered in centuries-old art, artifacts, and ornate décor, the palace will share space with a wealth of African paintings, drawings, and murals by approximately 16 artists from different backgrounds and styles from across the African continent. Outside, performances will infuse Évora’s historic center with vibrant rhythms and melodies from over 20 musicians and performers.

It is the first time that works by this combination of inspiring African artists will be featured in one place. Spearheaded by French curators André Magnin and Philippe Boutte, who run the Magnin-a Gallery in Paris, the festival will also introduce guests to some of the artists whose works are on display. Among them is South African-born Esther Mahlangu, the first member of the Ndebele tribe to transfer their cultural mural art to a canvas medium and to share this art with an international community. Another artist in attendance is painter JP Mika from the Democratic Republic of the Congo who is known for creating vibrant and happy scenes, sometimes including images of himself in his work. 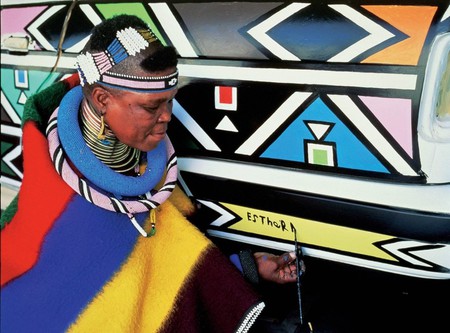 The azulejo-covered, late 14th-century church, where members of the Cadaval family are buried, is one of the venues for the festival. The palace also sits beside the Roman temple of Diana and its garden, and these landmarks will host music and dance performances throughout the festival’s duration.

Events include art workshops for children, educational conferences, dance workshops, and movies. The megalithic stone complex, Cromlech of the Almendres, will also be hosting special full moon rituals. A complete schedule can be found here.