The Best Things to Do in Madeira, Portugal 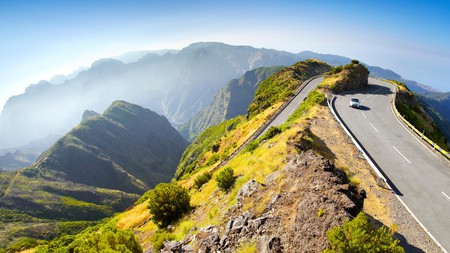 Far from just world-class wines, Madeira – with a mountainous interior and cliff-dotted coastline – offers no end of exciting things to do.

The Portuguese island of Madeira has a warm climate and fertile, volcanic soil that makes it ideal for wine production. It’s been producing world-class fortified wines for more than 500 years – the sunny weather, plus 145km (90mi) of coastline dotted with beaches and bays, also makes it one of Portugal’s most popular holiday destinations. From scaling the island’s tallest peak and exploring its rugged landscape to discovering historic architecture, this is our pick of the best things to see and do in Madeira. 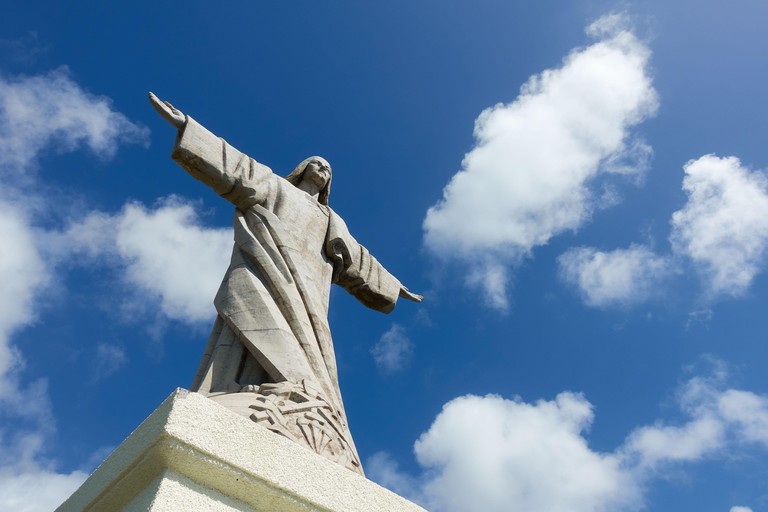 © Zoonar/Luis Pina / Zoonar GmbH / Alamy Stock Photo
This towering Christ the King statue, on Ponta do Garajau, looks out over Garajau and Funchal Bay to the Atlantic Ocean. While it might resemble Brazil’s most famous landmark, the Art Deco-style statue, created by French artists Georges Serraz and Pierre Charles Lenoir, was built in 1927 – a full four years before Rio de Janeiro’s Christ the Redeemer statue. Fancy a bite to eat with the view? Head to O Mero, a nearby bar and restaurant serving simple fare such as burgers and salad.

Hike to the top of Madeira’s highest peak 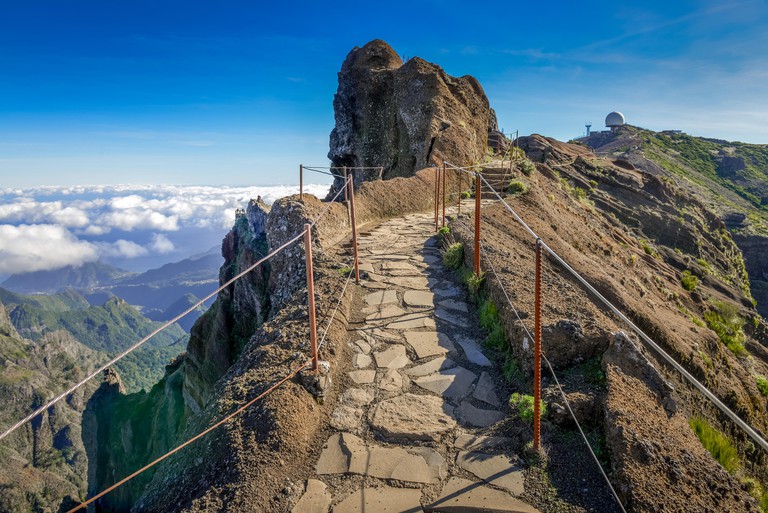 © Bildagentur-online/Schoening / Alamy Stock Photo
Looking for a challenge and some seriously good views over Madeira? Scale Pico Ruivo, which at 6,106ft (1,861m) is the island’s highest peak. The summit can only be reached by foot, and the easiest route – which follows a 3k (2mi) trail and takes about an hour and a half to complete – starts at Achada do Teixeira, a small town known for the imposing Homem em pé (Standing Man) basalt formation. For a more endurance-testing hike, take the famous 11km (7mi) return route from Pico do Arieiro, which leads along narrow pathways and up steep inclines. At the top, you’ll find a small hut, water tap and toilets, alongside coast-to-coast views.

Watch the sunrise at Pico do Arieiro 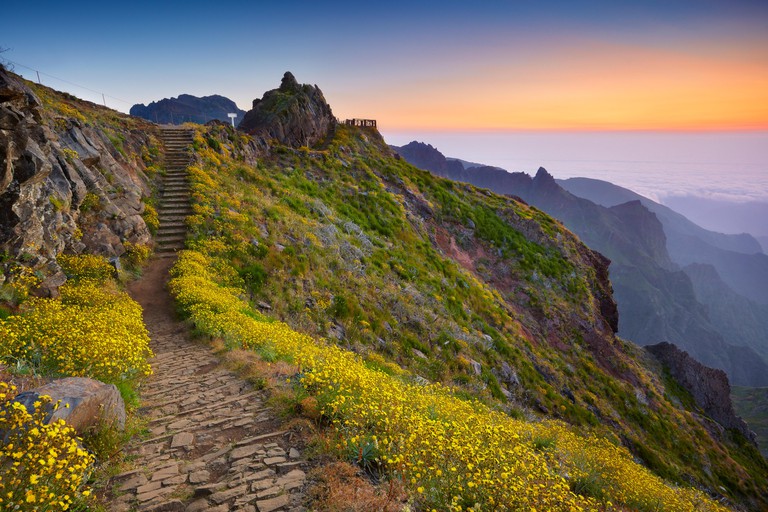 © Jan Wlodarczyk / Alamy Stock Photo
Madeira’s third-highest peak – and one of the island’s most popular spots to watch the sunrise – is Pico do Arieiro. There’s a road leading to the summit, so it’s easy to access via car, bus or taxi – and there’s an information centre with a cafe near the car park. Easy access means it’s often crowded with tourists eager to get a glimpse of the view from above the clouds. Avoid the crowds by heading to Miradouro Juncal, the lesser-known of the two lookout points. Pico do Arieiro is also the starting point of a challenging yet popular route that leads to the island’s highest peak, Pico Ruivo – on a sunny day up to 1,000 hikers make the trek.

Take the family to Praia Formosa 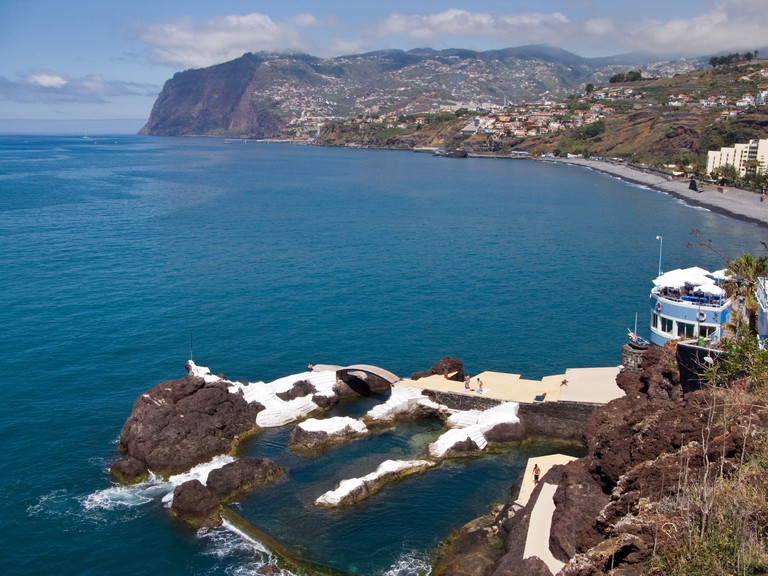 © Christine Strover / Alamy Stock Photo
Praia Formosa, just 10 minutes from the city centre of Funchal, is a Blue Flag-certified, family-friendly beach with three small sandy beaches and a large pebble beach separated by rocky outcrops – which the sure-footed can clamber over to move along the beach. It’s the largest beach near Funchal and is popular with swimmers and sunbathers, but also for its many amenities including a children’s playground, various sporting areas, restaurants, bars and changing rooms. 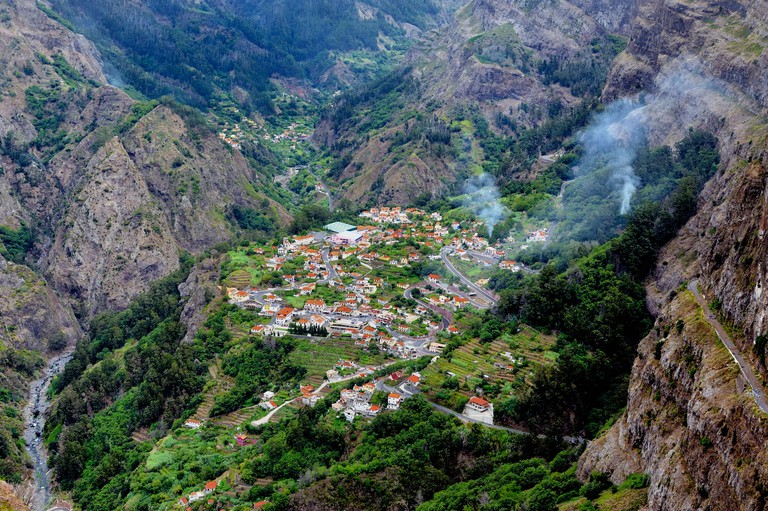 © ACORN 1 / Alamy Stock Photo
Nestled in a deep bowl between steep mountains is the small and isolated parish of Curral das Freiras – or Pen of the Nuns. Get a dramatic aerial perspective on the whitewashed mountain village from the viewpoints at Eira do Serrado and Paredão, before making the trip down the winding mountain road to visit. Be sure to try the locally grown chestnuts, which are used in traditional dishes, such as roasted chestnuts with honey, soup, cakes and liquors. There’s even an annual chestnut festival held over two days at the end of October.

Visit one of Madeira’s most pristine Nature Reserves 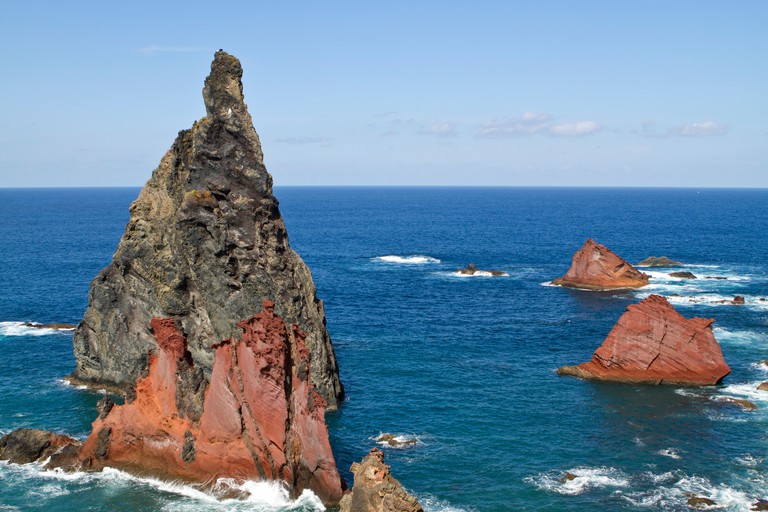 © Bart Nedobre / Alamy Stock Photo
Ponta de São Lourenço is the easternmost point of Madeira and the protected Nature Reserve is one of the most pristine spots on the island. Here, you’ll find towering volcanic rock formations, unusual endemic plants and spectacular views of the Atlantic Ocean. On a clear day, you can even see to neighbouring Porto Santo Island. Make your way down the cliff to the secluded Praia da Prainha, the island’s only beach with naturally black sand. Nearby, you’ll find the Piedade Dunes, which contain ancient limestone fossils and cliff-top hiking trails. 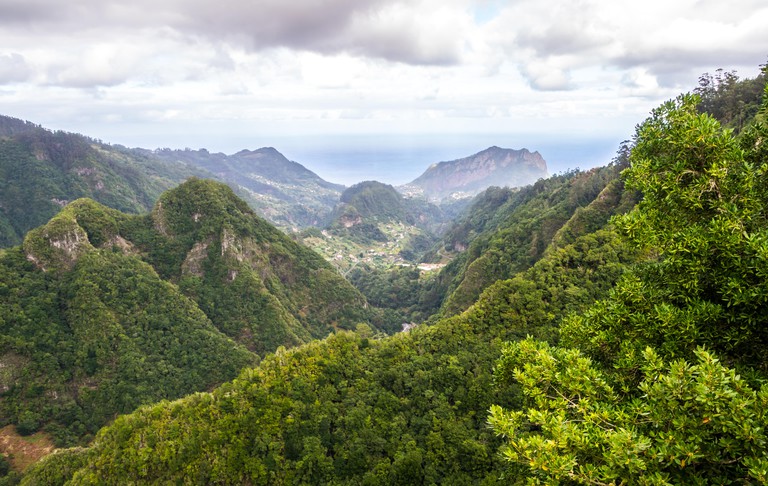 © Magdalena Paluchowska / Alamy Stock Photo
Explore Madeira’s famous levadas – a style of water channel particular to Madeira that is often cut into mountains and through tunnels. There are over 2,172km (1,350mi) of levadas in Madeira and they help to form part of the island’s spectacular network of hiking trails. The Vereda dos Balcões route begins at Ribeiro Frio and follows the levada of Serra do Faial through a green forest to the Balcões Belvedere, where you’ll be rewarded with views over the Ribeira da Metade valley. You might even spot a rare trozac pigeon along the way.

Go for a refreshing swim in Lagoa do Vento 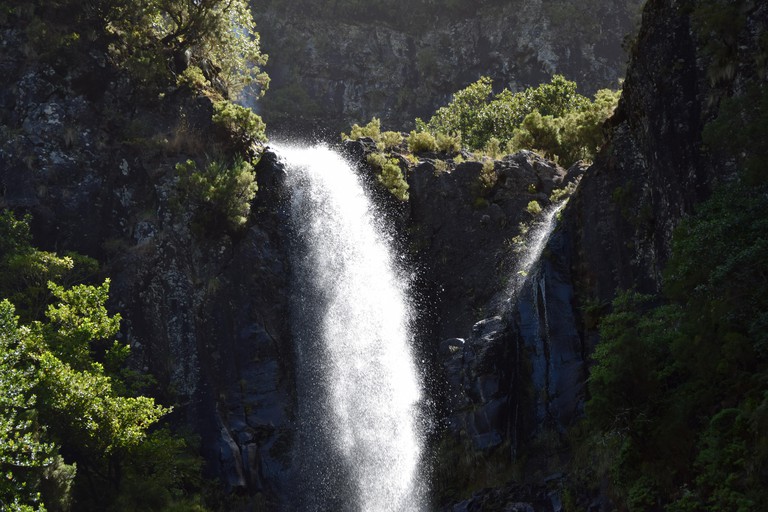 © Formengil / Alamy Stock Photo
One of Madeira’s most spectacular walks is the Levada do Alecrim route, which is also known as the Lakes of Madeira. The short 3km (2mi) walk is fairly easygoing, so is suitable for the entire family and it takes in some of the best views on the island. The trail leads along a water channel to a series of waterfalls and lakes, including the spectacular Lagoa Dona Beja waterfall tumbling into the Lagoa do Vento lake. Bring a picnic to enjoy on the lakeshore and then take a quick dip before heading back along the same route. 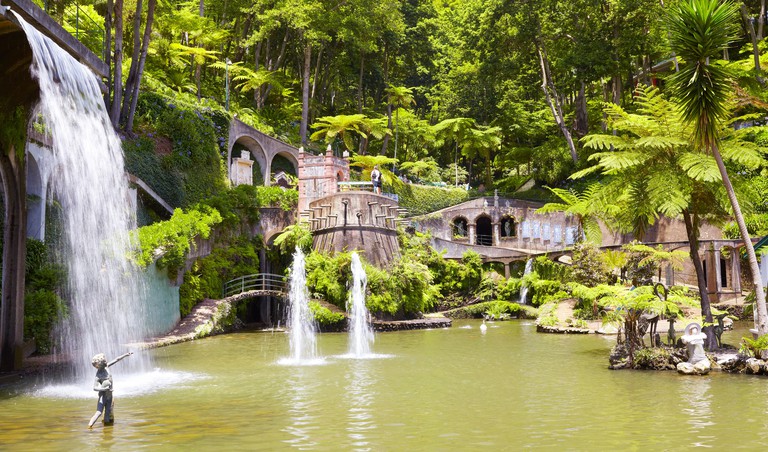 © Jan Wlodarczyk / Alamy Stock Photo
Spread over 7ha (17 acres), this multi-level garden and museum is an exotic wonderland where black and white swans, peacocks, ducks and chickens roam free amongst tropical plants from across the globe. Two floors of the museum at the heart of the garden are home to a collection of more than 1,000 Zimbabwean sculptures created in the late 1960s, while the third floor houses a collection of minerals from around the world. The highlight, however, is José Berardo’s collection of tiles found along walkways and in the gardens, which includes 15th- and 16th-century Hispano-Moorish tiles and Portuguese panels that date back to the 16th century.

Take in the view from Paul da Serra 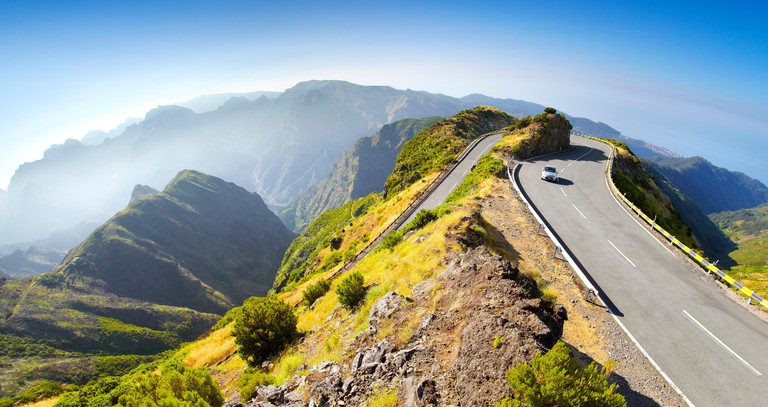 © Jan Wlodarczyk / Alamy Stock Photo
Paul da Serra is Madeira’s largest plateau and its elevation offers expansive views over the island’s dramatic green landscape. Its highest point is Pico Ruivo, from where you can see both the north and south coastline on clear days. The area is crisscrossed with levadas and hiking trails that wind through the Laurissilva – the world’s largest surviving area of laurel forest and a Unesco-listed site. Two of the most popular trails that begin at Paul da Serra are the Levada do Risco (Risco Waterfall) trail and the Levada das 25 Fontes (25 Natural Springs Levada) trail.