Portugal’s 11 Secret Beaches That Only Locals Know About 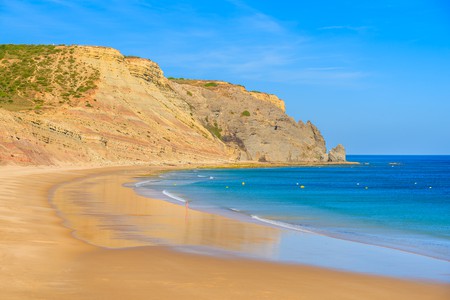 Among Portugal’s best attractions are the 600 miles of beaches that extend the entire length of the country (and then some). All it takes is a quick Google search to learn which cities will provide the gnarliest waves (like Nazaré) or the easiest commutes from Lisbon and Porto. But finding a secluded spot takes a bit more digging and a local or two who are willing to divulge their secrets. Here are a few beaches to visit when you want to be one step further from the other tourists.

Hop on the ferry from Cais do Sodré with everyone else, but break away from the crowds in Cacilhas. Instead of jumping on the bus headed for Costa da Caparica (which is the closest beach to the ferry), take the one that goes a bit further, to the quieter stretches at Fonte da Telha. The benefit of traveling a few miles further will be apparent in the space it offers: there’s much more of it! Fonte da Telha also has cozy café-bars that are perfect for interrupting sun time with a midday break. 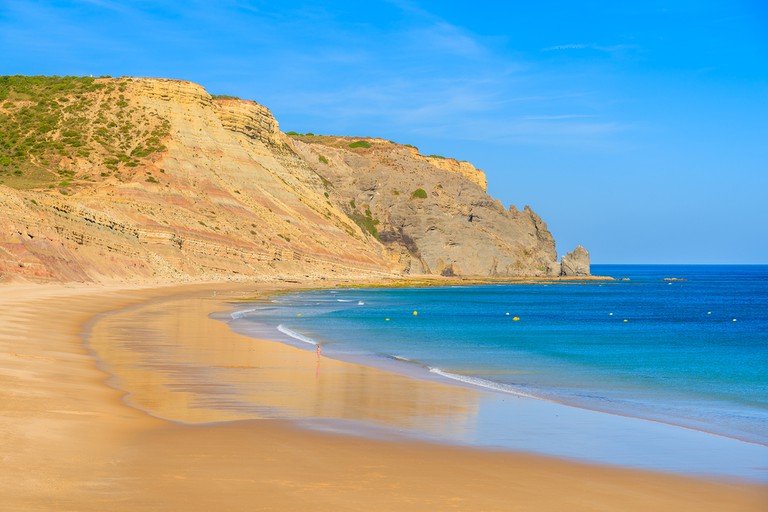 A few of Portugal’s most beautiful stretches are located near Sesimbra, and the Praia da Baleeira may also be one of the wildest. Surrounded by steep cliffs and covered in rocky shores, it may not be a spot for everyone (especially families with children) but it is a great location for privacy-seekers and hikers.

Alentejo continues to be one of Portugal’s best-kept secrets, including its coast. The Praia da Franquia is a fantastic spot for families since the waters are more protected, at the mouth of the Mira River. Its calm nature also makes it a fantastic choice for anyone looking to try S.U.P. (stand up paddleboarding), kayaking or canoeing. 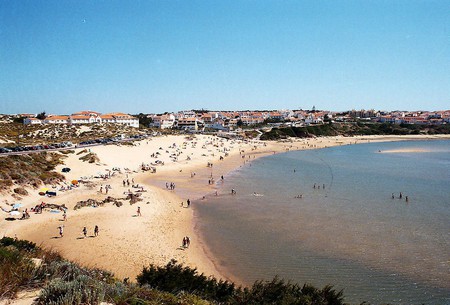 Just south of the Alentejo, in northwest Algarve, adventurous tourists will find the Praia da Arrifana, tucked away in the middle of natural wildlife zones. Not only will you find a beautiful beach (with great waves for surfing), but also the lovely village of Alzejur and a few fantastic restaurants serving fresh fish and traditional Portuguese cuisine. 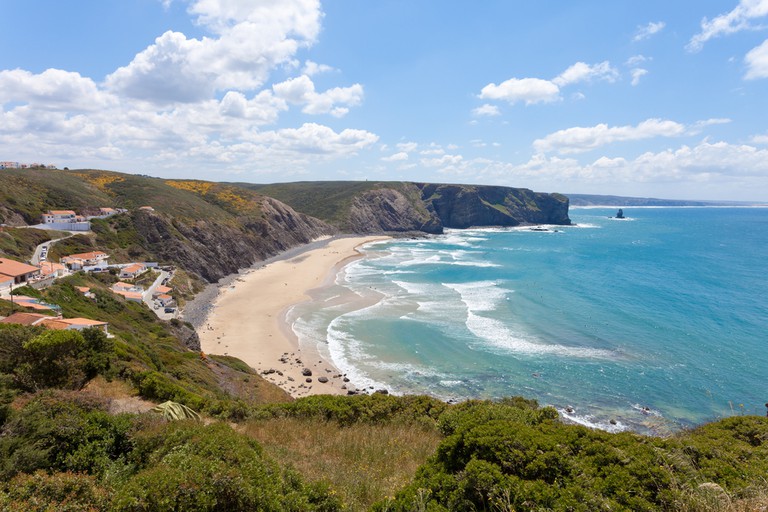 One of the best beaches in the Algarve’s central coast is the Praia do Ancão, located at one end of the Quinta do Lago, near the region’s capital, Faro. It is surrounded by sand dunes and pine forests and located on part of the Ria Formosa lagoon system. Nearby, visitors will also find many delicious and exclusive restaurants, but should be prepared to pay prices higher than the Algarve’s average.

Also in Algarve is the Praia da Salema, located between Sagres and Lagos near the Salema village. One of the reasons the locals love this beach so much is that it’s perfect for enjoying the warm, Algarve waters without being surrounded by crowds. There is no train that goes directly to this village (nor fairly close by) but it can be reached easily by car and bus.

Northern Portugal is also full of beautiful beaches, including the Praia de Moledo. Since the waters are colder, these beaches are visited less than those in the south, but the Praia de Moledo is popular among northerners, especially locals from near the city Viana do Castelo. 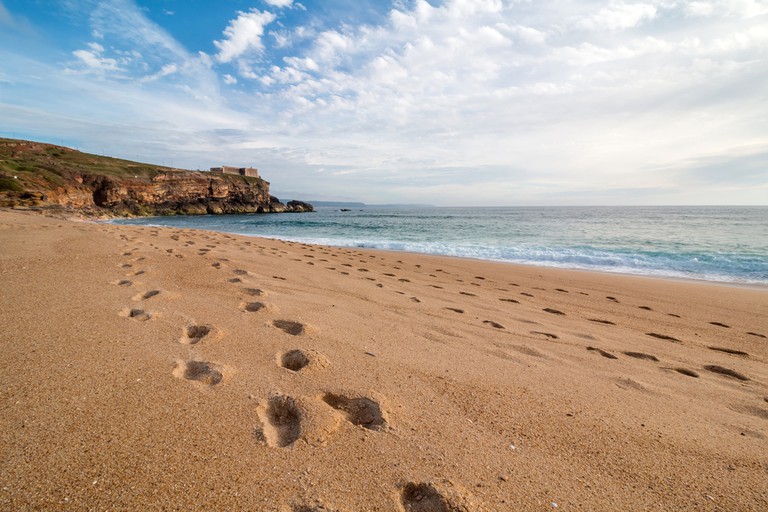 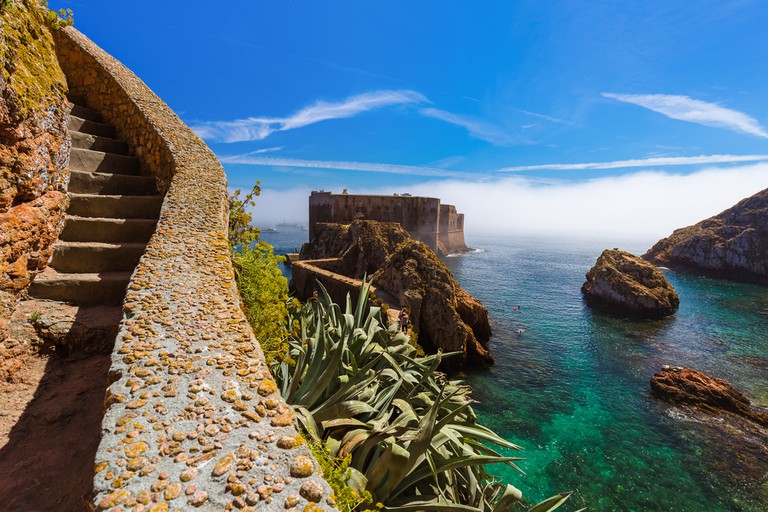 Fort in Berlenga island, Portugal | © Tatiana Popova / Shutterstock
Off the coast of central Portugal is this small archipelago with an equally small beach, but the area is lovely and the photos captured here are some of the most stunning from Portugal. One of the main attractions is the fortification, which was once used as a lookout to protect the coast from invasions. Swimming, snorkeling and scuba diving are all enjoyed here as well, as is bird watching.
Open In Google Maps
Peniche, Portugal, Portugal
Give us feedback

Natural Feature
Facebook
Email
Twitter
Pinterest
Copy link
Share
Map View
This list wouldn’t be complete without mentioning the Azores. Praia Formosa is the beach in Santa Maria, the archipelago’s oldest and warmest island characterized by stunning yellow-white sands (which is unique in this volcanic region). Water sports are popular here, as are dolphin and whale watching, and the beaches are great for spending a day swimming or simply lounging.
Open In Google Maps
Madeira, Portugal
Give us feedback

Off the coast of Faro are a few small islands, including the Ilha da Fuseta, which are reachable by boat. These beaches are popular among the locals but remain a secret from most tourists, and most of the year they maintain their secluded vibes. 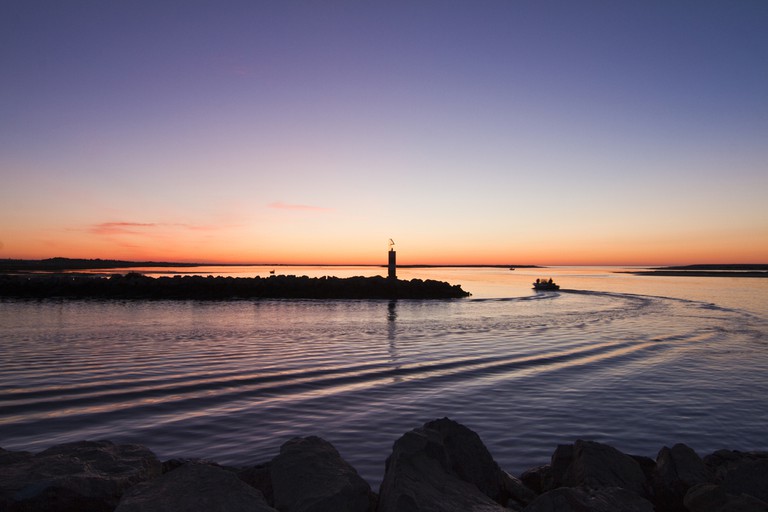 Last but surely not least is the Praia de Galapinhos, which was named as one of the most beautiful beaches in Europe this year yet remains one of the quieter spots in the country. All around the beach, providing a breathtaking backdrop, is the stunning Serra da Arrabida, which is a favorite hiking spot for Lisbon locals. White sands and clear, blue-green waters add to the effect, making this spot a paradise on the Iberian Peninsula. 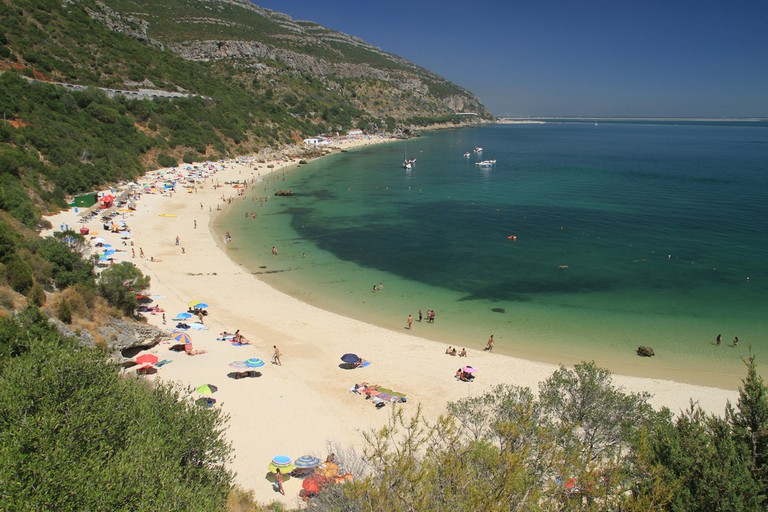