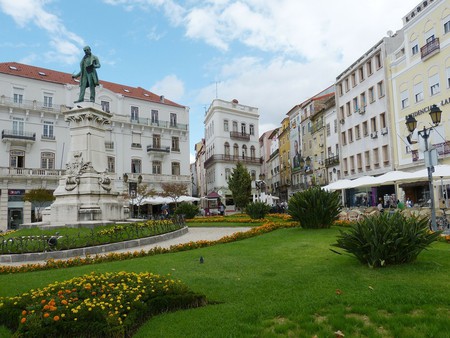 More tourists are visiting Portugal than ever before and many are taking every opportunity to explore as much of the country as possible. Still, a few spectacular cities continue to be overlooked – a shame because they are some of the best places for experiencing the culture, learning about the history and paying bargain prices. The Culture Trip already listed the most underrated places to visit in 2017, but here is an abridged compilation of places you may never think to visit but definitely should.

Whether choosing public transportation or driving a car, travelling through Portugal is a memorable experience. One of the main reasons is the country’s many castles, which pop up in unexpected areas such as the side of highways and in the middle of the mountains. Although it has made a name for itself as one of the most charming towns in Portugal and as a romantic destination, Óbidos continues to be overlooked by many tourists, especially outside the prime vacation season so fall, winter and spring are all great seasons to visit. This city within castle walls is stunning from the first moment it’s seen from the A8 highway to Lisbon from central Portugal, and the beauty blooms inside the city gates. 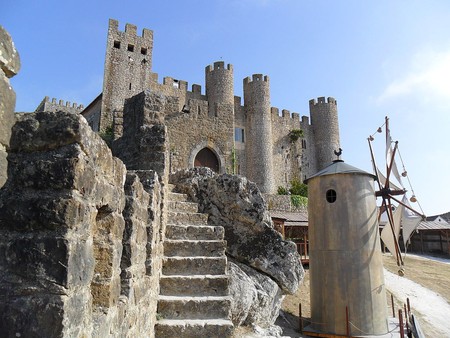 In Óbidos, it takes about an hour to walk around the fortified stone walls. | © Elisete Reis / Wikimedia Commons

Two cities that will grasp the attention of history lovers are Guimarães and Coimbra. The former has been categorised as the place where the Portuguese nation was born and as a UNESCO World Heritage Site. Located in the northwestern region, it is easily reachable from Porto for a nice day trip. It is believed that Portugal’s first king was born in the city’s 11th-century castle, a medieval landmark that was renovated in the 20th century and considered one of the most enchanting castles in Portugal.

Coimbra, on the other hand, is known as a ‘college town’ but is also another of the oldest cities. Filled with a mix of architectural styles and sitting along the Mondego River, Coimbra is visually stunning and one of its most notable landmarks is the Joanina Library inside the Coimbra University, one of the top 10 oldest universities in continuous operation in the world. Coimbra also happens to be where Portugal’s first king was buried, his tomb resting inside the 12th-century Santa Cruz Monastery.

True, plenty of tourists come to Portugal for the beach and water sports, yet despite the surfing schools and surf-themed hostels, Sagres is often overlooked for Lagos and many of the beaches in central Portugal. Remote and peaceful, it isn’t only a destination for water enthusiasts but also for anyone wanting to get away from the party scene experienced in the Algarve, while still enjoying the fresh seafood, nature and culture of the region. Another great option in the Algarve is traditional and magnificent Faro, usually skipped despite being the region’s capital centre. 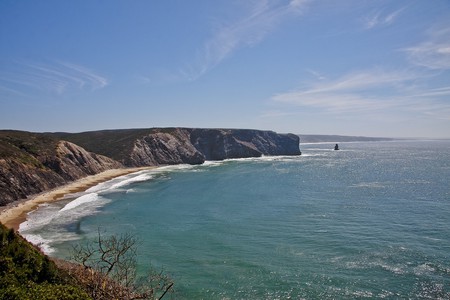 At the opposite end of the country, in the northeast corner, Bragança is the regional capital of Tras-os-Montes and home to perhaps the most underrated city in the entire Iberian Peninsula. The stone cottages and the slow, unhurried pace of life will make tourists feel like they jumped to another time, rather than another part of Portugal.