A Glimpse Into Coimbra's Burning of Ribbons Celebration 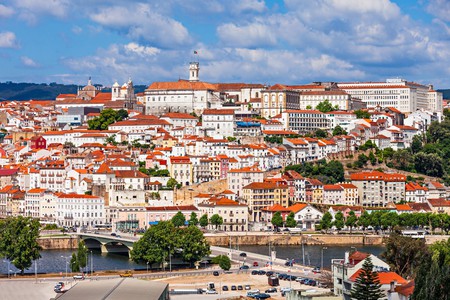 If you’re planning on visiting the center of Portugal, consider syncing your trip with Coimbra University’s academic year-end celebrations and join the fun surrounding the ceremonial Queima das Fitas: Burning of the Ribbons. One of the more popular academic traditions in the country, it marks the end of university life for graduating seniors with a week-long series of events, some also enjoyed by the city of Coimbra, in addition to the University.

Coimbra University is not the only school to organize these ribbon-burning festivities, and Porto’s Queima das Fitas week also draws a crowd, but Coimbra’s is the oldest and arguably the most famous in Portugal. The tradition dates back to 1901 in this historic city and, eventually, it made its way to other universities. 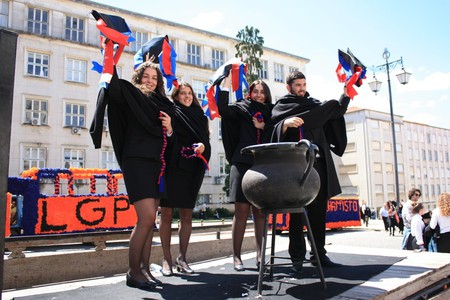 Organized by the Student Union, the Queima das Fitas in Coimbra usually takes place in May and is composed of the main parade, a “blessing of the academic folders” ceremony, concerts with famous national musicians, sporting events and games, a formal gala, and an array of nighttime gatherings. Everything kicks off, however, with an emotion-tugging Serenata Monumental, a serenade by students in the streets of Coimbra. Gathered on the stairs of the 12th-century Roman Sé Velha de Coimbra, the Old Cathedral of Coimbra, a selection of students play the traditional Portuguese guitar and sing fado, a musical style and national symbol of Portuguese culture. Traditionally, Coimbra’s fado is sung by university students.

The other big event is the Cortejo Académico, the student parade that begins with the burning of the ribbons outside the school’s historic buildings in the Alta neighborhood at top of the hill, and continues towards Baixa, at the base of the hill, and by the Mondego River. The ribbons, made up of eight different colors, represent the different academic programs: the Faculty of Law with red, the Faculty of Medicine with yellow, Humanities with dark blue, Sciences and Technology with light blue, Pharmacy with purple, Economics with red and white, Psychology and Education Sciences with orange, and Sports Sciences with brown. 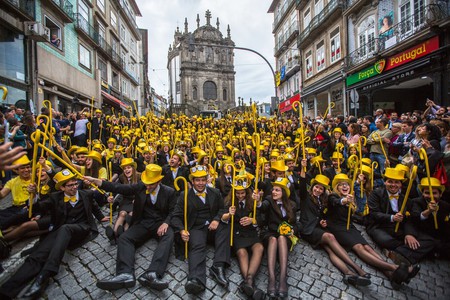 Dressed in historic uniforms (that might remind Harry Potter fans of Hogwarts), and sometimes top hats and canes, students boisterously parade alongside floats that, like the ribbons, also represent the different programs. The Cortejo Académico is considered one of the most lively events in Coimbra throughout the year.