The Best Things to See and Do in Toruń, Poland 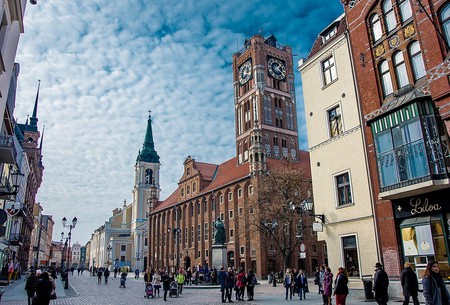 It’s as simple as this – Poland’s Toruń is one of the most beautiful cities in Europe. It comes as no surprise to learn that its Old Town is a UNESCO-listed World Heritage Site. Toruń was one of the few cities in the country which sustained no damage during World War Two, but the magic doesn’t end there. From famous astronomers to delicious biscuits to leaning towers, get exploring this wonderful city.

Stroll through the medieval Old Town

Toruń was awarded UNESCO-listed World Heritage Site status in 2007. Wander through the medieval Old Town, which is also named as one of the seven wonders of Poland. The best way to experience it is to walk the whole way through the Old Town and end up at the famous town hall. It reminds tourists of the town hall in Gdańsk, except the clock tower doesn’t have a slanted roof. A guided tour lasts around three hours and takes you to places such as Caesar’s Arch, St. Mary’s Church, the Copernicus Monument and the Holy Spirit Gate. 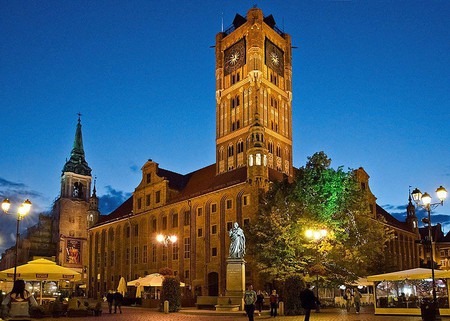 Explore the House of Copernicus 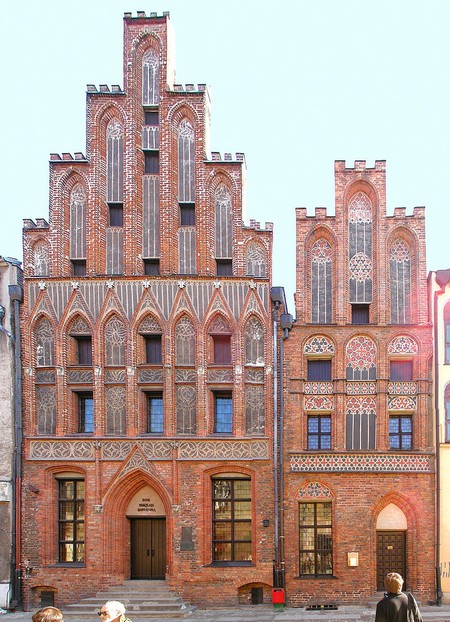 Marvel at the Leaning Tower of Toruń

Welcome to Poland’s answer to Pisa – the Leaning Tower of Toruń is a medieval tower which tilts to the side. The top of the tower is 1.5 metres from where it should be due to the way it leans. You can find it on Pod Krzywą Wieżą street; it is one of the most important architectural sights in Toruń’s Old Town. 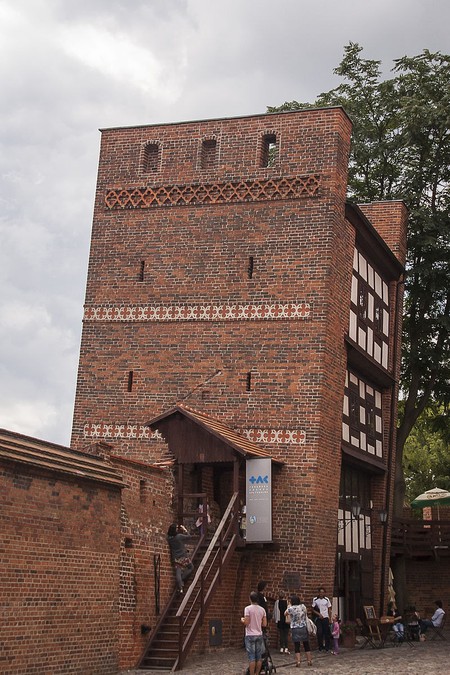 Attend a mass at the Cathedral of St. John

Head to the Cathedral of St. John the Baptist and John the Evangelist for a mass. This is the main parish church in Toruń and dates back to the 13th century, when the original church was here. It is one of three Gothic churches in the city and contains many interesting works of art, including a painting depicting the crucifixion of Christ and the Last Judgement. The bell has been there since the 1500s and is the third largest bell in Poland. Check the timetable at the church or the website for mass times. 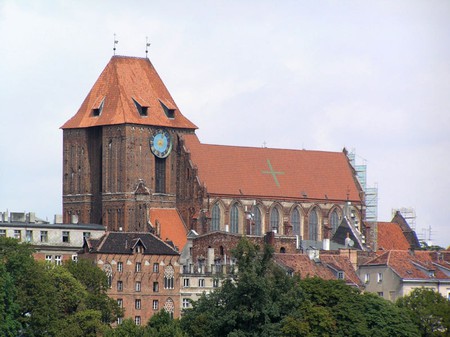 The Teutonic Knights Castle in Toruń is one of the oldest structures of its kind. These days, you can tour the ruins of this castle, which dates back to the 13th century. Its handy location also occupies the area separating Toruń’s Old Town from the New Town. In comparison to nearby Malbork, the castle is small but well worth a visit. 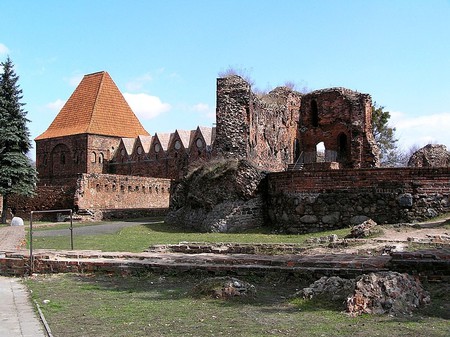 Poland’s classic Milk Bar scene is alive and well in Toruń, which has a few of these local and traditional Bar Mlecznys. On Różana Street down near the river, you will find the cosy and traditional Bar Mleczny Pod Arkadami. Head inside for some cheap and cheerful traditional Polish food. You can try the local soups ranging from rosoł (chicken) to zurek (fermented rye soup) and the special Pierogi Ruskie (potato- and onion-filled dumplings). Wash it down with some homemade juice, known as kompot. Please note the venue is open only until 5 p.m. at weekends and until 7 p.m. during the week. 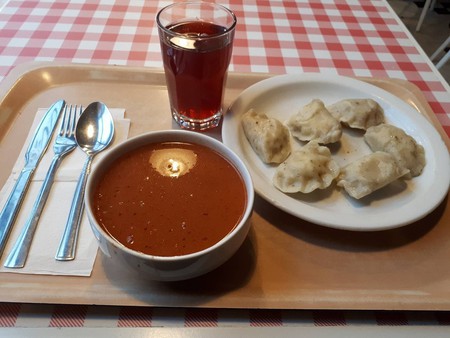 Lunch at a Bar Mleczny | © Northern Irishman in Poland

The House Under the Star is a well-photographed building which contains the Far Eastern Art Museum. Here you can see all sorts of items from the far east including Japanese swords, Chinese crockery, Indian sculptures and Korean art. It’s not a big museum but worth a peek; the building is instantly recognisable as there is a gold star on the roof. 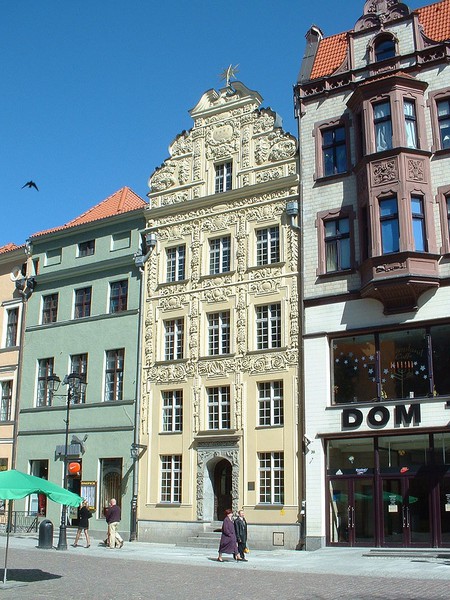 Learn how to make the unique local gingerbread

Toruń is famous for its special gingerbread, and you can get the full experience by visiting the Muzeum Piernika. You can take part in an interactive show during which you are taught how to make this traditional gingerbread. The museum opened in 2006 and has a shop where you can buy these treats direct from the source. 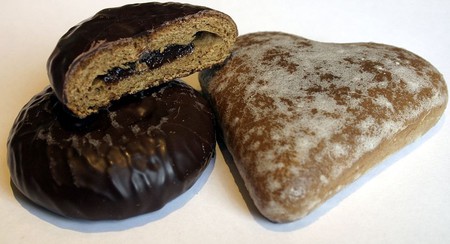 Understand the city’s history at the district museum

Toruń’s District Museum is located inside the old town hall from the UNESCO heritage walk. It is one of the oldest and largest museums in Poland. It dates back to 1595 as a building, where it has had many functions down the years. It has operated as a museum since 1965. Inside, take a walk through the history of Toruń and Poland, with exhibitions of art and craft from 1233 – 1793. There is a Royal Room which acts as a pictorial guide to the days when Poland had Kings and Queens. More recent Polish art is also present, in exhibitions of paintings and sculptures from the 18th – 20th century. 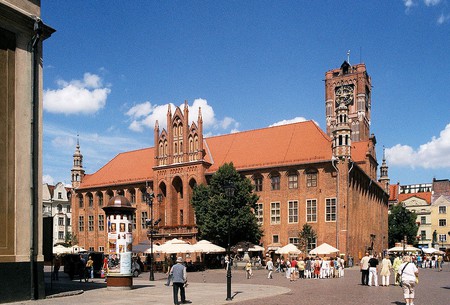 Toruń has a huge stadium which is used for the town’s most popular sport – speedway. In a country where football is the dominant sport, you can watch the local speedway team KS Apator Toruń in action. They race motorbikes around the track, taking on rival teams from other Polish cities such as Unia Leszno and Sparta Wrocław. The venue hosts the national and international speedway in front of a capacity audience of 15,500. 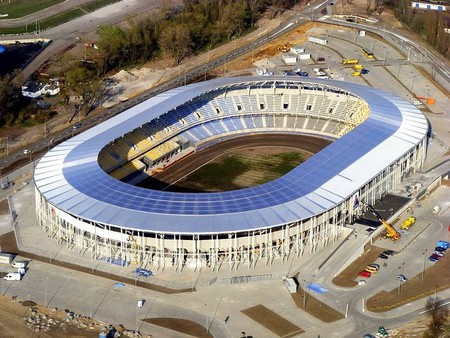