The Best Beach Towns in Poland

Polish Beach | © Ministry of Foreign Affairs of the Republic of Poland / Flickr
Poland may not be the first seaside destination that comes to mind when booking your summer holiday, but the country’s northern coast is filled with wide sandy beaches and charming coastal towns. We take a look at the best.

Sopot is Poland’s biggest and perhaps most extravagant beach resort with a population of approximately 40,000. It’s sandwiched between two other cities – Gdańsk and Gdynia – which together form Tri-City (Trójmiasto in Polish). Renowned for its wooden pier ( the longest in Europe)which provides amazing views over sandy beaches and the Baltic Sea, it features trendy bars, restaurants, clubs and high-end hotels frequented by affluent Poles, mixed with typical seaside attractions such as waffle shops and souvenir stands. Other highlights include the surrealist Crooked House on Sopot’s main street Monciak, which was inspired by the drawings of Polish book illustrator Jan Marcin Szancer and the annual Open’er music festival, which takes place every July in the nearby Gdynia-Kosakowo airport. 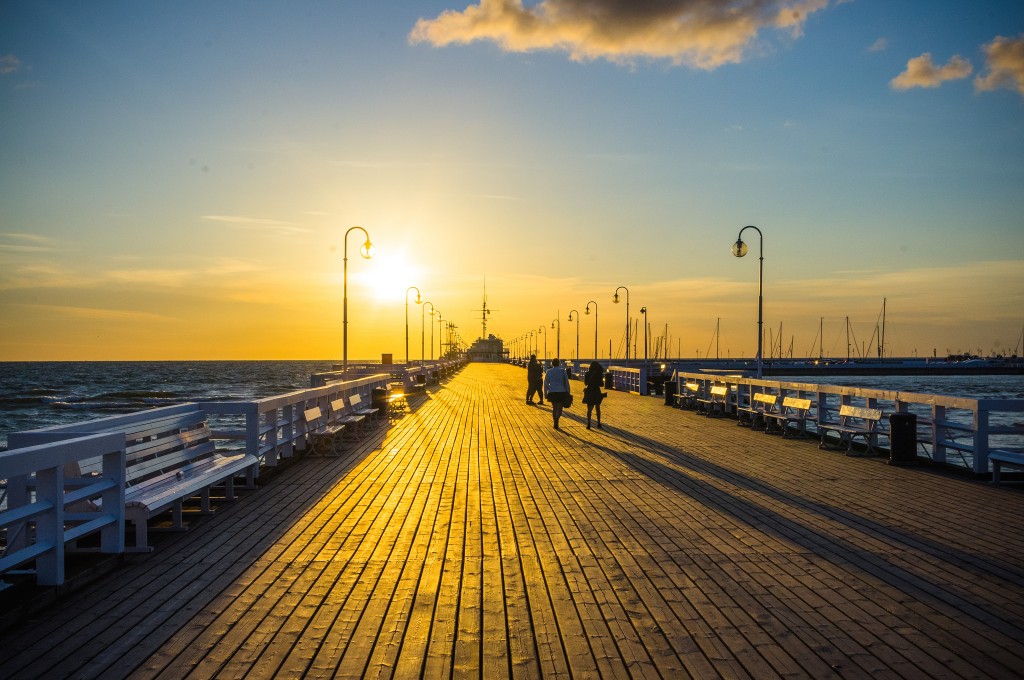 Jurata is a popular seaside resort on the 35 km long Hel Peninsula, which separates the Bay of Puck from the Baltic Sea. It’s easily reachable from Tricity by train, which takes approximately an hour. Ideal for relaxed sunset walks on the wide sandy beach, cycling, sailing, windsurfing and kite-surfing, it’s also not far away from the seal aquarium (located in Hel Town at the tip of the peninsula). July and August are high season so make sure you book your accommodation in advance. 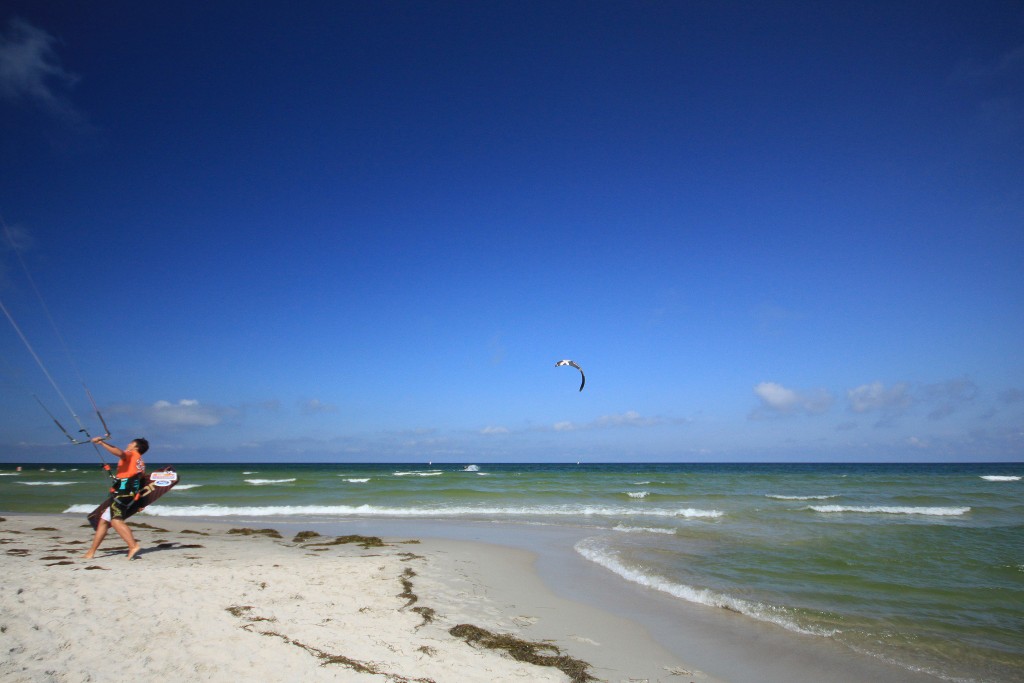 Międzyzdroje is located on the western side of the Polish coast, close to the border with Germany. Known for the annual Festival of Stars (Festiwal Gwiazd), the town attracts many Polish film and TV celebrities during the summer, who leave imprints of their hands on the Promenade of Stars inspired by the Hollywood Walk of Fame. Other highlights include a wax museum, fun parks for kids and a 395 metre long pier, which stretches into the Baltic Sea. For nature lovers, a visit to the nearby Wolin National Park is a must. 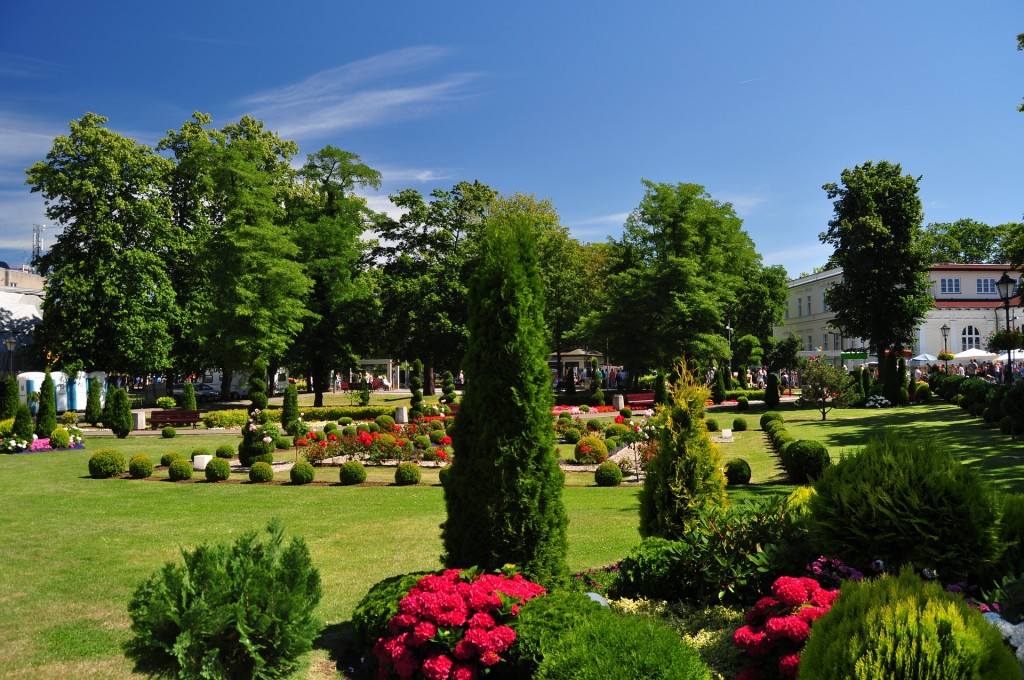 Łeba and Ustka are coastal towns situated on the two opposite sides of the beautiful Słowiński National Park – famous for its “shifting dunes”, which move due to strong winds creating a desert like landscape. The park was added to the UNESCO list of World Biosphere Reserves in 1977. Łeba features a mix of high-end establishments like the iconic Neptun Hotel, more low-key options including rooms for rent and smaller hotels, while Ustka boasts two beaches (one high-cliffed, one flat) connected by a pedestrianised bridge on the Słupia River, which divides the town in two. It is also home to many cafes and fish restaurants, and an annual firework festival (every July).

The city of Kołobrzeg is known for its historic architecture (such as the 17th century lighthouse and the gothic St. Mary’s Basilica) and spa resorts, which are popular mainly among Polish and German tourists. Life centres around its port, concrete pier and a promenade filled with ice cream shops, beer gardens and souvenir stands. If you’re staying here for a couple of days, make sure you take the ferry to Bornholm Island, which belongs to Denmark and is a great cycling spot. To get away from the crowds, take a long walk on the beach, or head to nearby Grzybowo village. 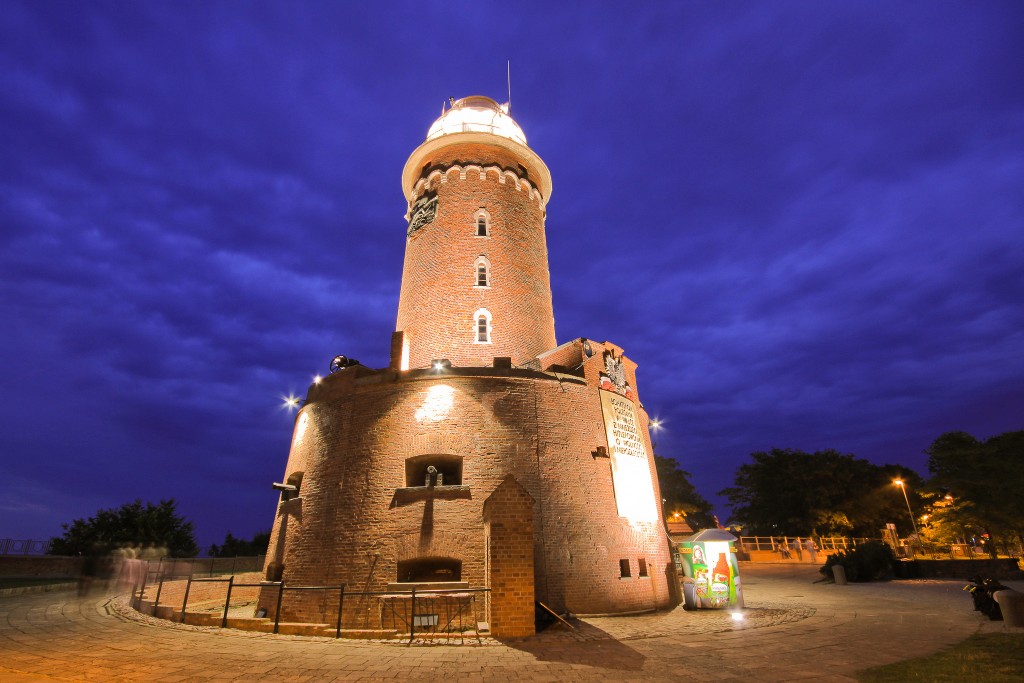 Rewal is much smaller than other resorts mentioned in this article, yet it can also get quiet crowded during the summer months. Its long cream white beach is perfect for picnics, sunbathing and leisurely afternoon strolls. Rewal is located only two kilometers from Trzęsacz, where you can admire the ruins of a 15th century church, which has been gradually taken by the sea over the years and is now reduced to a single brick wall towering over the beach on a sandy cliff. 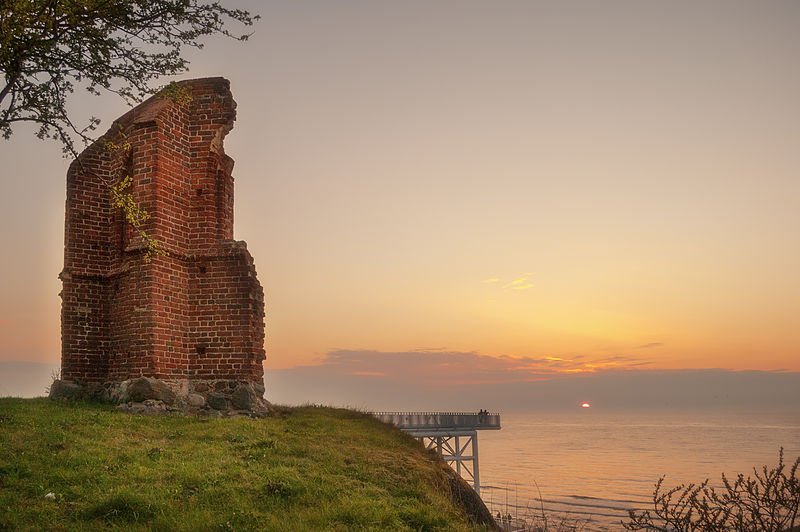 Dębki is another well kept secret. It features numerous hotels, private villas and camping sites dotted around a vast pine forest dividing the village from the dunes and a wide beach. Each year in August, it hosts Poland’s biggest Frisbee tournament called SandSlash. 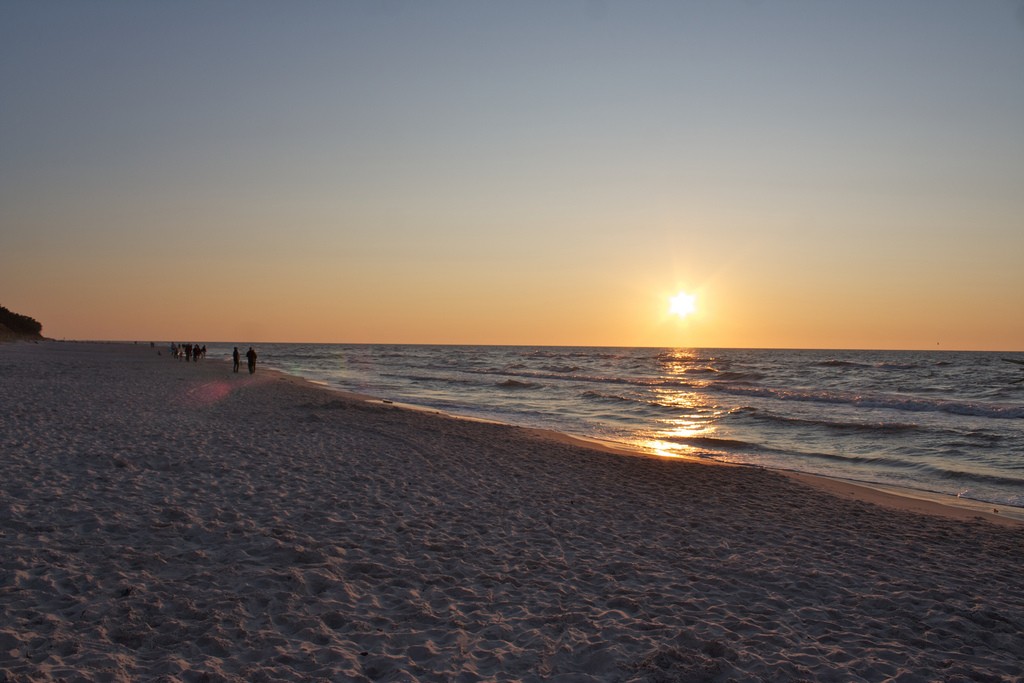